The Strike Zone Not Taken 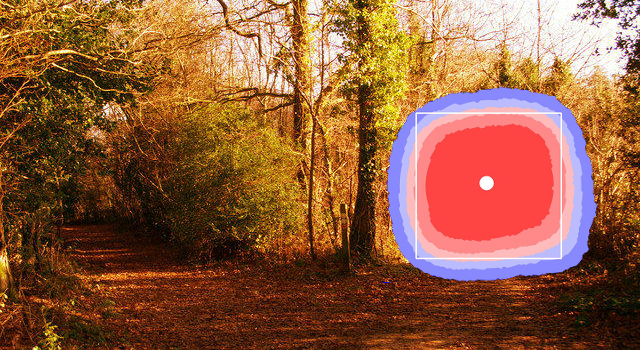 What’s In A Name

“Ryan, watch out for the hill!” shouted his mother in a panicked tone. But Ryan was too far ahead of her to hear, and he wouldn't have cared, regardless. This was his first real taste of freedom, and he wasn't going to waste it. So he continued ahead, the noise around him drowned out by the rhythmic tapping of his light-up shoes against the pavement.

But his jubilation was short lived. Nobody had taught him how to slow down or stop, so he careened down the hill, his knuckles—as white as his color-drained face—gripping the handlebars for dear life. Suddenly his front wheel dipped into a pothole he didn't know how to steer around. He flipped head over heels through the air, landing in a tiny heap on the pavement. His helmet and elbow and knee pads limited the physical damage to a right ankle scrape, but the emotional toll was staggering. From that point forward, he was known as Scooter. It first took root in his family, then spread to his friends, and eventually the larger community.

Even as a child, Ryan knew “Scooter” was a name befitting very few people in very few circumstances. Try as he might, though, he couldn't shake the nickname. In fact, the more he resisted, the more it became his sole identity.

He was an athletic child, whose specialty was short-distance running. He sure scooted to the finish line, everyone said. So he quit.

He took up baseball, under the assumption it required little to no athleticism. But he was too intent on Playing The Game The Right Way to not hustle to first or scoot into second on a passed ball. Scoot. Great.

So Ryan sought to remedy the situation by becoming mediocre. Not bad enough to compromise his dream of playing in the major leagues, just enough to prevent himself from becoming a household name. If he couldn't escape “ Scooter,” at least he could shield others from its all-encompassing misery.

It worked for awhile, but the nature of baseball is such that the extraordinary frequently stems from the ordinary, and so June 6th became the first day of Ryan’s new-old life.

The game began in an unusual manner for Ryan, and by the end of the 4th inning, it was downright improbable. Two home runs. A career game. But after his second home run, Ryan was transported to nightmares of his youth, when after each of his home runs, his mother led the park in a “Scooter,” chant. He could finally give into the pressures of society, or he could resist and exist on his own terms.

In his next at-bat, he did everything he could to not hit a home run. But instincts took over, and over the fence went the ball.

Now resigned to his fate, he figured he could at least be the greatest Scooter to ever exist, so he hit a fourth home run, doffing his helmet to the crowd as it chanted his name.

He was now part of baseball lore. He was, undeniably, Scooter Gennett.

In Defense of Whimsy

On October 6, 2000, the last-place Texas Rangers fell behind to the Chicago White Sox, 10-1. In the fourth inning, they substituted in rarely-used reserve Scott Sheldon to catch. Two hours later, to the ignorance of most of the waning Comiskey crowd, unheralded by public address, he made a tiny sliver of history.

Four players in baseball history have played all nine positions in a game; Sheldon was the third. It wasn’t planned, but with his parents in town and with nothing to play for, manager Johnny Oates pulled the trigger, racing him around the field to make up for lost time. It culminated in a LF-P-3B eighth, including a strikeout on a 67 mph changeup to Jeff Liefer.

It’s a little strange, really, for anything to ever happen four times in history; you’d expect something to never happen, or be done once, or to happen all the time. Certainly with Sheldon’s accomplishment, there’s nothing to stop it from being equalled; it’s not all that difficult to do. Anyone can pitch an inning, given enough chances. And yet no one has in the seventeen seasons since.

There is no logic behind it, as long as you look at baseball as a series of accomplishments, of victories and losses. It makes more sense if you look at it as a collection of lives. What Sheldon did, among others, was not a victory over the competition or over physical limits. It was a victory over fear: the fear of embarrassment, the fear of never trying anything. As the game becomes a matter of record, of overlapping cameras and historical record, it’s grown conservative; there’s no room for Nuxhalls and Veecks and Billy Martin’s randomized batting order. But we need these things, especially in the twilight of the season, when the pretense of victory runs out. We need their humanity.

What Sheldon did was meaningless and useless; one ball was hit to him all day. But October 6, 2000, belonged to him. It was his day. October 7, when everyone played correctly, belonged to no one. It was a game.

"It went by so fast, but there are so many memories I'll take from this," he said after the contest, attended by his wife and family. "I had a blast." And that’s fine, I think. We have 2,430 baseball games a season at our disposal, more than enough. We can donate a few, now and then, to some Scott Sheldons.

You need to be logged in to comment. Login or Subscribe
heterodude
BRB submitting that poem for the next Norton Anthology of American Literature.
Reply to heterodude
lipitorkid
I wish you could link to a specific Short Relief section. Great work today. I needed this.