McCain comment on Twitter's response to his Comey questions. "I shouldn’t stay up late watching the Diamondbacks night games" pic.twitter.com/0FzQc1ROot

June 7, 2017: The Diamondbacks beat the Padres 7-4 in a nine-inning game that lasted three hours and 48 minutes.

June 8, 2017: Arizona senator John McCain had to ask important, nuanced questions to fired FBI director James Comey, and did not ask them particularly clearly after watching Diamondbacks baseball the night before. In an awkward moment, Comey pled ignorance on the promising season of infielder Chris Owings.

July 11, 2013: A tired driver, exhausted from watching all of the Diamondbacks’ marathon games thus far, ran into the back of another car that was trying not to run over a turtle, then veered and hit a third car.

June 27, 2006: Mired in the after-effects of the Jason Grimsley/BALCO scandal, the “Baby Backs” lost their 18th game in their last 21 matches only three weeks after having a share of the NL West lead. The season was quickly going down the tubes.

October 24, 2004: Ashlee Simpson’s backing band couldn’t sleep so they watched the game on ESPN Classic the night before. Groggy, they played the wrong song during her Saturday Night Live appearance. Embarrassed, Ashlee Simpson deflects attention by going on a rant about how Matt Kata really needs to be more at bats to see if they “have some magic sparkle dust with this kid.”

November 1, 2001: Byung-Hyun Kim blows his second consecutive save to the Yankees in the World Series.

November 2, 2001: Byung-Hyun Kim bites into a mealy apple at a food kiosk in LaGuardia.

Statement from the Desk of

First of all, I’d like to sincerely apologize if anyone was offended by the comments that were disseminated through an unauthorized press release that was also hacked. It makes me feel terrible to know that people might think me capable of saying the things that, on the surface, it appeared that I had said. The people who really know me know that I would never think or say such a thing, and that I would include among my friends some of the people associated with my remarks. And while the person I appeared to support in connection with my comments has, in the past, shown me great kindness and helped me with my career, I would never condone his statement or appear to be downplaying its seriousness. I in no way support the mistreatment of the people in question, and it is not reflective of my values or the values of my corporate shell account.

It’s a shame that the media has chosen to single out people like me for their sensational coverage rather than focus on the real problems of the people who were the subject of my alleged comments, and create a solution for them going forward. As a symbol of my own regret over the situation, which I again I must stress was in no way of my making and makes me feel sick to my stomach to think that people might be confused about that fact, I’m making a donation of 0.1% of my ridiculously disproportionate weekly salary to a randomly-selected related charity, and will be photographed doing so. That’s how much I care about this community and its members, especially those who may have felt hurt by the misunderstanding of my words that are actually not mine.

Even if I had made those comments, which I did not, it’s unfortunate that in these combative political environment, the politically correct “centrist extremists” were unable to appreciate the humor intended in the words. I understand that my success in business has brought with it unfair attacks by jealous people, character assassins who jump at the chance to read disrespect into words where there was patently none. Not that, of course, I made them.

Once again, I am sorry for the uproar that was the result of the comments, and I acknowledge the concerns of critics where such acknowledgment is appropriate. Having apologized, I consider the matter closed, and will make no further comment on the matter. 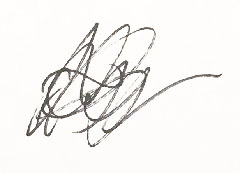 You need to be logged in to comment. Login or Subscribe
tearecrules
Kathy Griffin would still be a D-list celebrity if she had your publicist Mr. Dubuque.
Reply to tearecrules