What’s in the Box?

Since the dawn of time, as documented in biblical scripture, man has wondered and longed to know what is in the cheaply assembled box placed before him. It was long expected that the Braves rebuild would bring about this revelation, possibly with a lucky Cobb County public official scream-sobbing “What’s in the boooooox?!?” in the middle of SunTrust Field during the top of the fifth.

Instead we have gifs.

5 #Braves runs on the board yesterday means you get 50% off of your @PapaJohnsATL online order today using the code BRAVES5. pic.twitter.com/kvfYoxuy8D

Mike Foltynewicz’s reaction is all we can see, but the reaction tells all. The human face is less a canvas than a billboard. His joy is performative, but not lazily projected. He wants you to know he’s satisfied more than he actually is satisfied, but he really wants you to know. The box has revealed to him news that a distant relative he dislikes but does not despise was uninjured in a minor car accident, or has presented him with a new bath towel that does not match his current set, or quite possibly contains a large Papa John’s cheese pizza purchased at half-price. He is still pre-arbitration, after all.

This big #Braves inning = 50% off of your @PapaJohnsATL online order tomorrow using the code BRAVES5. pic.twitter.com/QUD5TkAb5v

Matt Kemp is delighted but his initial reaction is true titillation. He is briefly overwhelmed by the allure of what is laid before him, even shocked to be witnessing it in public. The box contains new silk bedsheets, with a thread count incalculable without computers, designed to caress bare skin and wick away foul humours. Or a letter from a past intimate relation informing him that he is still desirable, his haircut is stylish, and that his BABIP is sustainable. Or it contains a meat lover’s pizza; they’re delicious but a truly absurd indulgence.

How You Must Vote

Today is Election Day, or at least it's Election Day if you live in California's 34th Congressional District, which was represented for decades by Xavier Becerra, who was chosen to be the Attorney General of the state, replacing Kamala Harris, who was elected to the Senate in November, replacing Barbara Boxer, who represented the state for decades before retiring. The polls close in, as I type this, three minutes, after which I will be obsessively refreshing results. For now, though, I present to you poor chumps who don't live in my District and who therefore did not get to vote the Most Correct All-Star Ballot, which you can vote for. The criterion here: why should you be an All-Star if there's not something in which you can lead the league? This isn't the second-place stars. The middle-of-the-pack stars. It's the All-Stars, and All-Stars should be the best at something.

2B: Jose Altuve (times picked off)

OF2: Mookie Betts (infield flies as a percentage of total flies) 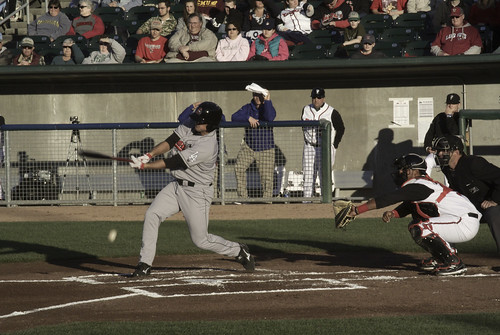 Now get out there and vote, kids. 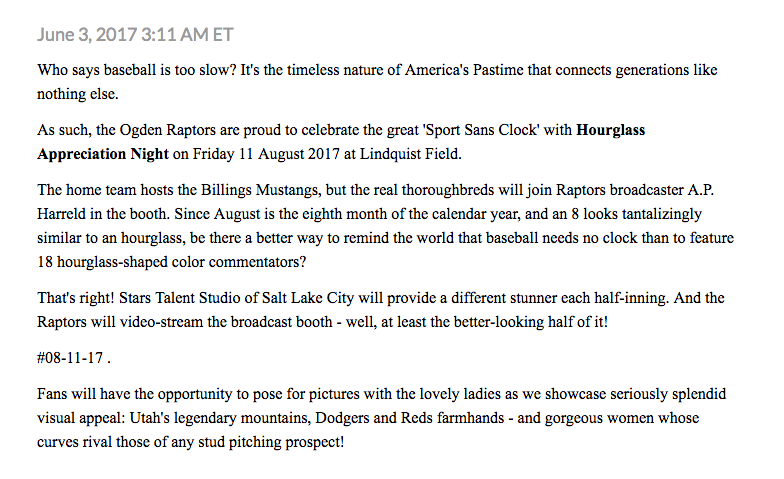 I sat at my desk, scrolling through the instant rage machine that is Twitter when I stumbled upon the Ogden Raptors’ Hourglass Appreciation Game press release. At first glance of the subheading–”Guys…get your tickets now!”–I was filled with venom, because how dare they market only to men! But then I scanned through the paragraphs, digesting what I could, and thought back to my first, and only, experience at a baseball game.

It was a beautifully warm day in June, not a cloud in the sky and a gentle breeze rustling through the trees. As I lay in the grass in my backyard thinking of something to combat my boredom, my brother appeared, suggesting we go see something called a “baseball game.” He always droned on about these games, but to me, the words sounded like nonsense. But since the garbled syllables of that phrase sounded better than the second pass through my pop-culture magazine, I acquiesced.

We made our way to the ballpark, twisting and turning down streets I had never seen before, but then, as a female, directions weren’t my strong suit. Spurred by convention rather than interest, I asked my brother to tell me a little about where we were going. He spoke for ages, using language far too technical for my brain to parse. Amongst the jargon, I managed to pick out the words “ball,” “bat,” and “run,” but how they were connected was beyond me. Nonetheless, I nodded along with his explanation, hoping that if I played nice, he would later take me to the mall. 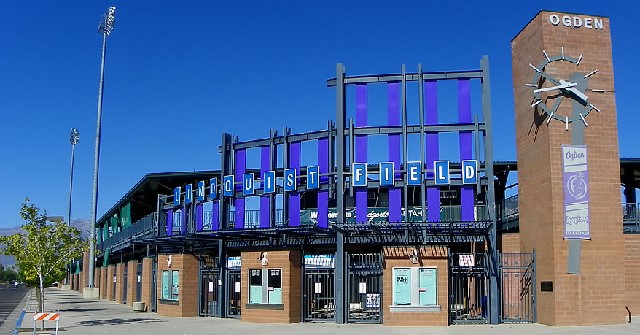 We finally arrived at the “ball park,” which appeared to just be a rundown old building, but it elicited great joy from my brother, so I assumed we were in the right place. As we approached the entrance, I could make out voices in the distance, but it all sounded like gibberish. My brother walked through the entrance ahead of me. I gave him one last furtive glance to ask if we were, indeed, in the right place, and after receiving a slight nod and chuckle, I stepped toward the entranceway. But then something strange happened. It was like I hit an invisible barrier, first my foot and then my hand. Try as I might, I could not maneuver through the doorway. Either my body or the building wanted to keep me out, and I wasn’t strong enough to overcome the blockade.

After several moments, my brother, clearly annoyed and under the assumption I was playing a joke on him, grabbed my wrist and pulled me forward. I whizzed through the doorway with ease and found myself looking out at a sunlit field surrounded by a fence and several hundred screaming spectators. I think. It was all a bit blurry and foreign to me. Again, my brother seized my wrist, this time pulling me to our seats. As I sat on that plastic chair, surrounded by men in weird short-sleeved button-up shirts, I knew this was not the place for me.

The game lasted roughly three hours (I kept time on the hourglass charm on my bracelet), but it felt like a lifetime. I could barely make out what was happening on the field, and none of it seemed logical or enjoyable. It didn’t make sense that only one person could throw the ball, the players spent far too much time standing around aimlessly for my taste, and the bounty of erectile dysfunction ads plastering the walls offended my feminine sensibilities. I did like looking at the giant TV in the “outfield”–another term that made little sense–but the onslaught of numbers left my head reeling.

Finally my brother offered me a reprieve in the form of a gift shop. Though the women’s section was a little sparse, I managed to find the cutest pink shirt and hat, although I could have done without the weird logo emblazoned on them. Despite being content with my purchases, I could not shake the feeling that I was somewhere foreign. I was physically, mentally, biologically out of place. As my brother led me back to the car, I cast one final glance at that cavernous deposit of testosterone, overjoyed that my sex did not have to pretend to enjoy it there.

So, as all of my marketing intuition wanted to lambaste the Raptors, there was no case. Women truly do not belong at baseball games.