Phillies reliever Pat Neshek is most noteworthy for his peculiar delivery, a stiff sidearm sling above a barely lifted foot, but he’s also got a habit of taking a little walk after every pitch: down from the mound and then a circuit of the mound’s front left quarter, drawing a neat slice of pie with his steps. 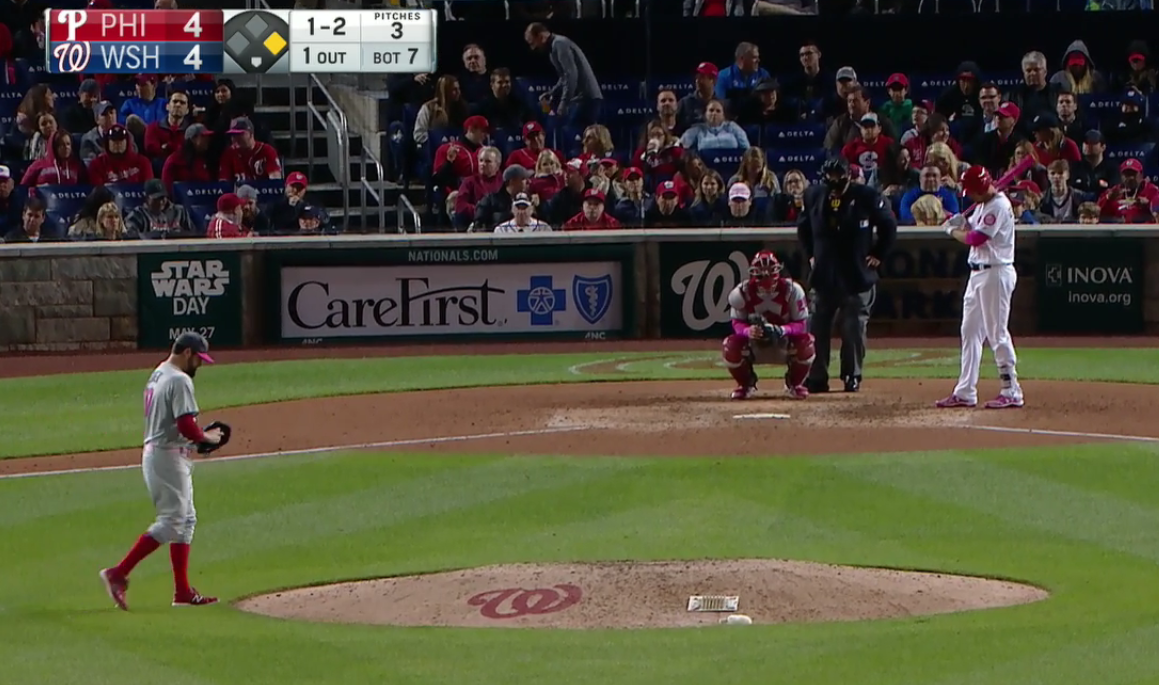 On Saturday night, in the eighth inning of the Phillies’ eventual walk-off loss to Washington, on grass perfectly lush following a rainy week in the mid-Atlantic, Neshek’s perambulations were on display. What, you might ask, occupies Neshek’s thoughts on these mobile meditations? This Short Relief exclusive offers an inside look:

Bottom of the Ninth

Unsurprisingly, when things like this begin to happen, fans, even of teams as woebegone as the Phillies, begin to get a little antsy. No one likes to watch a game through to the 8th or 9th inning only to have all the rugs ripped out from under their unsuspecting feet. Who would enjoy that? Not even the most hoary of early 00s Royals fans would be immune. And so, it perhaps should come as no surprise that local Philadelphia radio host Jon Johnson, at his wit’s end, turned the blame to the Phillies’ recently extended skipper Pete Mackanin:

In case you’re twitter averse, Johnson suggested that the loss was on Mackanin because he pitched to Harper instead of walking him to put a man on first and second. Now, far be it for me to be a voice of reason in the wilderness of reactionary strategy, but it seems like this might be a bad suggestion! Or at least a bit of a rough one — after all, hindsight being what it is, we know that Mackanin would have been better off walking Harper, but in the moment, we had no such assurances. As many people pointed out, a bloop single from Ryan Zimmerman could’ve scored the man on second, which was far more likely than Harper sending one off to — hold on, consulting my Chris Berman atlas — Silver Springs. It just seems like Mackanin did in fact play to the numbers in this one and just got burned.

So, Johnson looks a little reactive here. But to his credit, many people agreed with him! And all sorts of people in the Philadelphia area want a solution to these bullpen woes. So I’ve come up with a few, for your consideration, that I think everyone will find amenable:

Ah, jeez, well maybe it’s harder to talk sports hypotheticals than I thought. Tell you what — if Mackanin tries one of my ideas, let’s have him try Jon’s as well. It’s only fair.

The Contract, A Review

By Derek Jeter and Paul Mantell 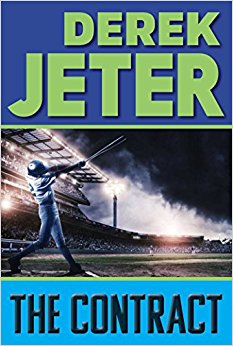 When I was young, the selection of children’s literature was still quite bare. With the exception of a few subversives like Dahl and Lloyd Alexander, the genre was still very rooted in its origins, and even the exemplary works like Superfudge felt stuck in what a children’s story was Supposed to Be. I don’t know where that changed, with Philip Pullman or the Cartoon Network, but at some point people realized that children’s stories could be simple and still feature interesting storytelling.

The sub-subgenre of young adult sports fiction has not noticed this trend. Take, for example, Derek Jeter’s first half-foray into writing (alongside co-author Mantell, a genre veteran). The story is Derek Jeter fan-fiction written by Derek Jeter about what it was like to be Derek Jeter. But substitute a couple of details, change the names, and this book could just as easily have been written in 1914 as 2014. The baseball youth novel is as ritualistic as the game it covers, if not more so.

Jeter makes no attempt to disguise that this book is a moral-driven text with some play-by-play as dressing. Before the introduction he lists his 10 Life Lessons, which include 1. Set Your Goals High, 5. Don’t Be Afraid to Fail, 7. Be Serious But Have Fun and 9. Be a Leader, Follow the Leader. Jeter then sends little Jeter (an eight year-old playing second base on his Little League team) off to employ each of these virtues as bluntly as possible. It’s a pleasant sermon: Lil’ Jeter comes across a problem, struggles internally, then Does the Right Thing. He wants to complain to his coach, but doesn’t. He wants to blame others, but doesn’t. And in the end, he’s rewarded for his good behavior and hard work. It’s Horatio Alger all over again, because Horatio Alger will never, as long as America exists, ever die.

The work, as a whole, is perfectly capable. Half is eighties sitcom, half is randomized play-by-play, and it’s surprising how readable play-by-play is as long as you’re told who to root for, even fictionalized.

But more than anything, it makes you appreciate the courage and brilliance of the 1976 Bad News Bears. Not for being kids be bad, or even capable of being bad, as Derek Jeter would find impossible, but for having a baseball movie that is more about people than it is about baseball. So much baseball fiction is caught up with glory that is baseball, and the transformative arc of its characters is actually a dehumanization, as they cease being flawed people and become beautiful, perfect representations of the game, baseball players. THE CONTRACT is just the latest in a long history of works employing baseball as a moral handbook for the Protestant Work Ethic, and it succeeds in that aim. Soon we will need another, apparently, and we will have it.