A Fan’s Guide to Watching Baseball During the Nuclear Apocalypse 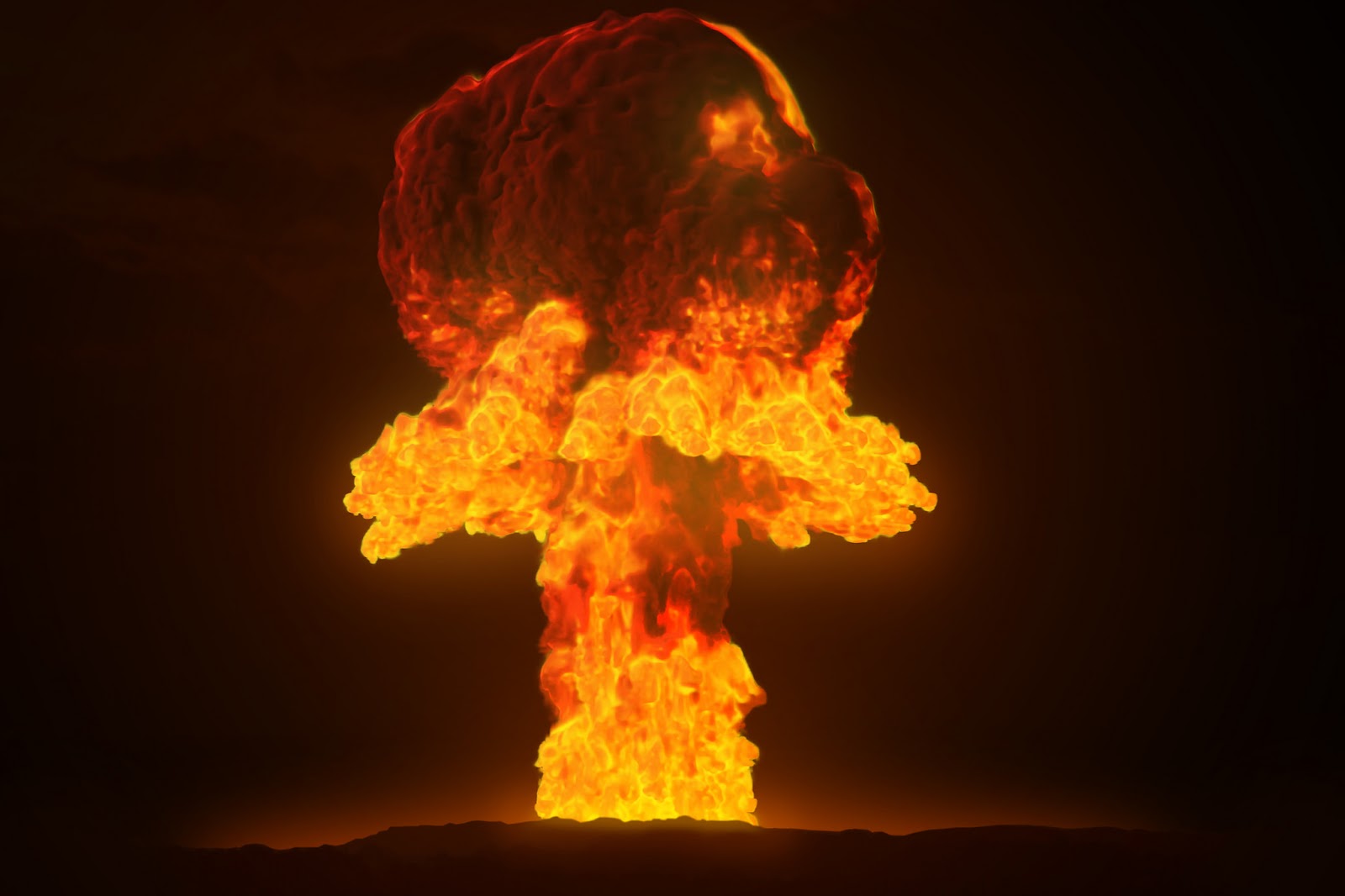 Congratulations! You’ve been chosen to join a select group of humans in charge of carrying one the once-great tradition of being a baseball fan. You have indeed impressed — or perhaps angered — the right people to be nominated for this position. While we certainly hope that you will enjoy this wonderful game in similar ways to our ancestors, it’s important to remember that baseball fandom has a few different nuances now that the nuclear apocalypse has occurred.

Though it may seem obvious to you, there have been some misunderstandings in the past that we feel we should clear up. You will NOT be watching baseball outdoors like it once was observed. Our science team has assured us that this it is still far too dangerous out there, so you will be enjoying replays of entire baseball seasons from our vast archives here in Vault 437. We have over 75 full seasons of baseball for you to enjoy, which should outlast either your existence or the terms of your mandatory interest duration.

While we here in Vault 437 don’t want to tell you too much about this fine sport so as to not taint your personal discoveries, there are some very specific ground rules (an ancient baseball term!) that need to be covered.

While this seems like more of a regurgitation of the general Vault 437 rules, we feel that it’s important to reiterate. Watching baseball might motivate or inspire you to exit the Vault and attempt some of these actions for yourself. You can’t. We’re sorry, but it’s a very bad idea. We at Vault 437 hope that some day the environment will be tolerable enough for your grandchildren or great grandchildren to enjoy playing baseball outside, but this is making grand assumptions about both the resilience of our planet and our ability to survive down here.

While enjoying baseball, you may feel the urge to jump or raise your hands in excitement at the action on your screen. Please be mindful that the ceilings in Vault 437 are far too low for that. We apologize for the inconvenience, but we honestly thought that the lack of sunlight and non-synthesized protein would have made residents much shorter by now.

Long ago, people used to make wagers, or bets, on the outcomes of baseball games. Remember that these games all occurred in the past, and their outcomes have already been determined. If you encounter someone so confident with their predictions that they are willing to place a wager with you, they are either a huckster or a radiation witch and should be reported so they can be dealt with in very different but equally strict ways.

4. No jeering or cursing at the players.

Remember, these are essentially ghosts you are yelling at. Have some respect.

5. No sharing of provisions.

In an effort to make the experience of being a baseball fan as authentic as possible, we have provisioned a small amount of both beer and peanuts for observers to enjoy. Don’t worry — these aren’t extremely old snacks, they were recently made of recycled human waste. Luckily, all humans afflicted with peanut allergies died off decades ago, during the Legume Phase, but there will still be residents looking to procure your beer. They tend to hoard them in their rooms so they can imbibe them all at once. This has happened a few times in the past and has almost always brought on a condition known as toilet madness. It’s not fun or enjoyable for anyone involved, trust us.

That’s it! Make sure to enjoy the games, build relationships, and not go outside. We are hopeful that you new batch of baseball fans enjoy your positions as much as your predecessors probably did. Thank you for your service.

Notes on a Baseball Anime 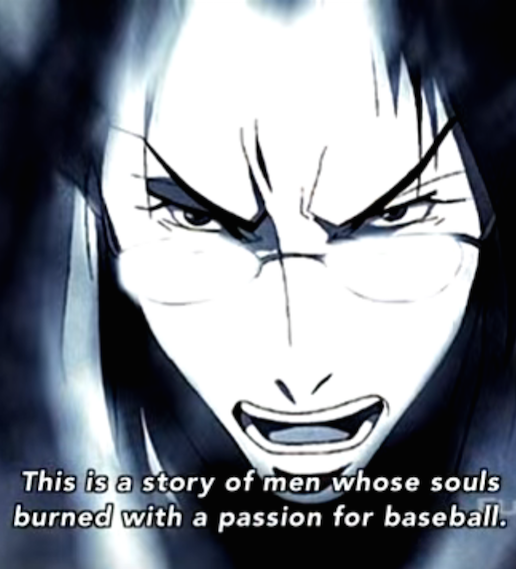 We necessarily impute unto baseball greater meaning than it has. We make meaning from narrative, and we make narrative from the atomized pitches and careening balls and streaking fielders of the baseball field. Such is the folly of the sports fan, and the plight of the Short Relief writer, who attempts to glean meaning from “only a game.” But baseball is political: this we know as well. In the episode of Samurai Champloo entitled “Baseball Blues,” we are treated to a baseball game that is 100% symbolism.

This episode opens with a voiceover about Japanese players in MLB, and features strategically shadowed renderings of Ichiro, Hideki Matsui, Hideo Nomo, and Kaz Matsui. Very clearly, this isn’t a tale about Nippon Professional Baseball. Rather, it’s a tale of imperialism and nationalism, of hubris and chauvinism. The narrator leaves no doubt to what this game actually is: This is no game. This is a battle that our country’s future is riding on. Our protagonists find themselves unwillfully pressed into service of their country in the form of a baseball game versus would-be American conquerors, prior to Commodore Perry’s visit in the waning years of the Tokugawa shogunate. The girthy Americans, who go by the names of Cartwright and Doubleday, wield their phallic cannons recklessly and threateningly. To pay off their “dine and dash” restaurant bill, our protagonists—Fuu, Mugen, and Jin—must defeat the Americans in a lopsided game, where the Japanese team must field an 80-year-old village elder and various area fauna versus American sailors.

We’re briefly treated to a few scenes of our heroes exploiting their various samurai skills to baseball success. Mugen swats an intentional ball for a home run but is called out for outpacing the runner ahead of him. Manzou, a local “secret policeman,” calls his shot like the Babe, and draws the ire of his manager when he ignores the bunt signal. Jin hits a Baltimore chop and dodges violent American defenders before coming to his end attempting a Chris Coghlan dive into home. Fuu, the only woman character here, strikes out on three pitches in a highly regrettable writing choice.

Quickly, the Americans decide that they need to assert themselves in an explicitly imperial show of force. They bean batters, tackle runners, and incapacitate all the Japanese players except for Mugen, who retaliates with his blistering fastball and becomes, very literally, the last man standing. Instead of signing a contract to be a middle reliever for the Red Sox, Mugen wills that the Americans depart and not return.

In a bit of ironic fourth wall breaking, the narrator attempts to give Mugen the weighty thoughts of someone pondering the failed American conquerors. But, like a baseball writer attempting to draw water from the stone of the game, the narrator is spurned. Mugen tells him to buzz off, leaving us with only the game that transpired in a snappy 22 minutes.

Ask any fan about the most pressing medical concern in the baseball world, and they’ll likely tell you it’s arm-related injuries. It’s true; 21 pitchers already underwent Tommy John surgery in 2017, and there have been a total of 376 total surgeries since the beginning of 2014. But it’s another malady, maybe one we don’t think about too often, that reminds us of how health concerns of past baseball lives echo into the present.

This spring, the Red Sox lost nine players and three staff to the flu for various periods of time. It’s not unusual for groups of people cooped up together to get sick during flu season, but it does seem unusual how it slipped through the cracks of vaccination.

Tim Britton explains: “Per the Red Sox medical staff, the team’s major-leaguers are all offered voluntary flu shots both prior to the offseason and during spring training… Many, but not all of the players, get the shots… [but] the club did say that players who received the flu shot have still gotten sick.” This is because, according to Britton, the vaccination was 48 percent effective this year, down from last year’s 59 percent, largely because of the instability of the virus itself. The Red Sox tried as best they could to quarantine the affected players, but sometimes, there’s no way around contact.

Flash back 99 years, and ballplayers could have really used a vaccine. 1918 was the year of the infamous Spanish Influenza, a strain of flu that killed upwards of five percent of the world’s population, disproportionately of youn, healthy adults. The epidemic actually forced the cancellation of the 1919 Stanley Cup Finals. Baseball was also affected. 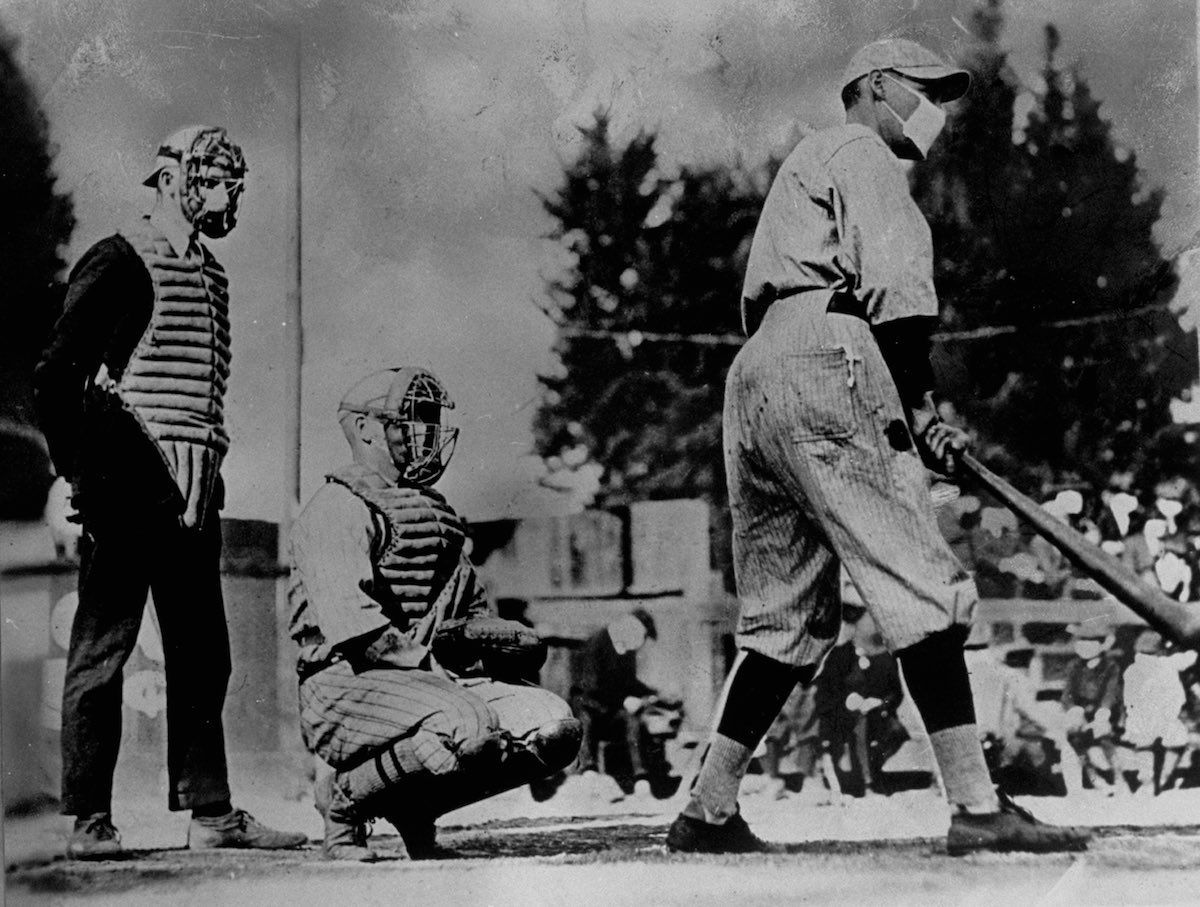 In Jim Leeke’s “From the Dugouts to the Trenches: Baseball During the Great War,” he describes a sport that was nearly impossible to function. Military teams were particularly popular during World War I, but were largely disbanded because of the pandemic. He says, “Just when the fans were getting interested in Army and Navy baseball along comes that Spanish influenza… More than 25 camps… [were] put under quarantine… and on one day… more than 20,000 cases were reported.”

To think, a giant like Ruth could have been taken from the game far too soon, and the sport likely wouldn’t be the same. The flu, despite killing over 50,000 in 2014, is largely considered a minor nuisance, baseball or otherwise. One can only imagine how onlookers will see our current sports medical concerns a century from now.

You need to be logged in to comment. Login or Subscribe
markedits
Your abstract needs work: "A handy guide for how to enjoy baseball amidst a) the nuclear holocause, b) massive cultural appropriateion, or c) a widespread epidemic"
Reply to markedits
kringent
Agreed. That was so bad I keep wondering if I missed an inside joke.
Reply to kringent
euqubudhp
Thanks. Fixed, and I will strive to improve.
Reply to euqubudhp