Thin air enthusiasts were overjoyed with the news that the Rockies extended their lease with Coors Field for another 30 years. I have not read the entire lease (although I am on page 53) and there are some amazing details in here, but what I have yet to find is any stipulations about whether the entire stadium can be moved. Not relocated to another city, but rather elevated or lowered to adjust park factors and the density of the air, since it has been difficult for the Rockies to compete with the 29 other teams and their extremely normal parks. 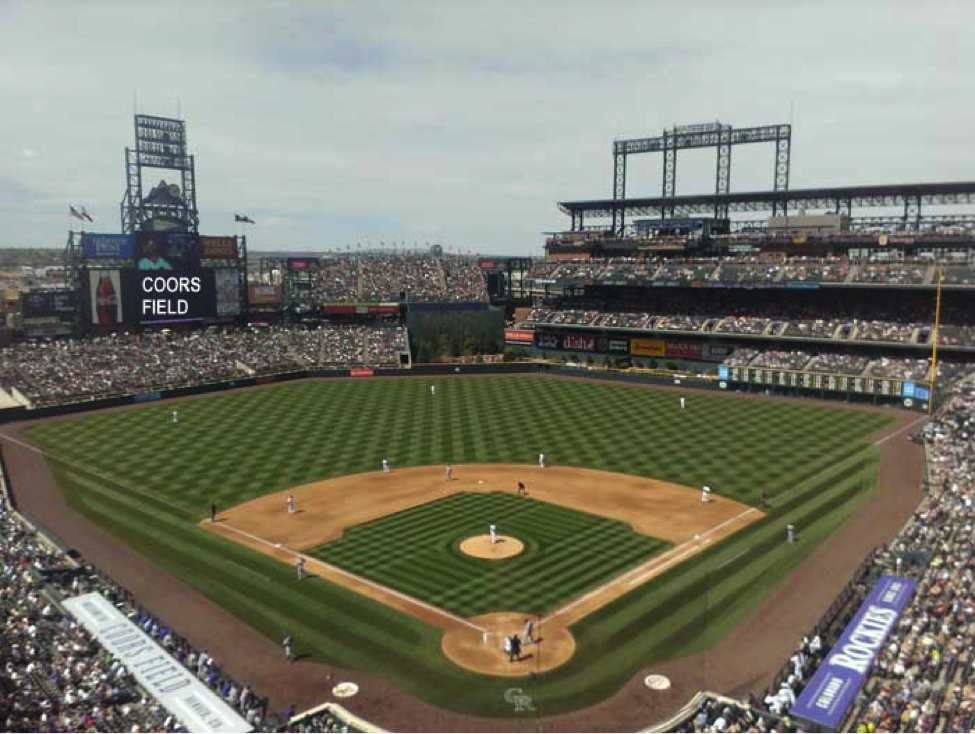 A nice park. A pleasant park. Great for a night out with the fam or your backgammon club. Good for hitters, scary for pitchers. Has consistently been one of the highest-scoring ballparks since its introduction. 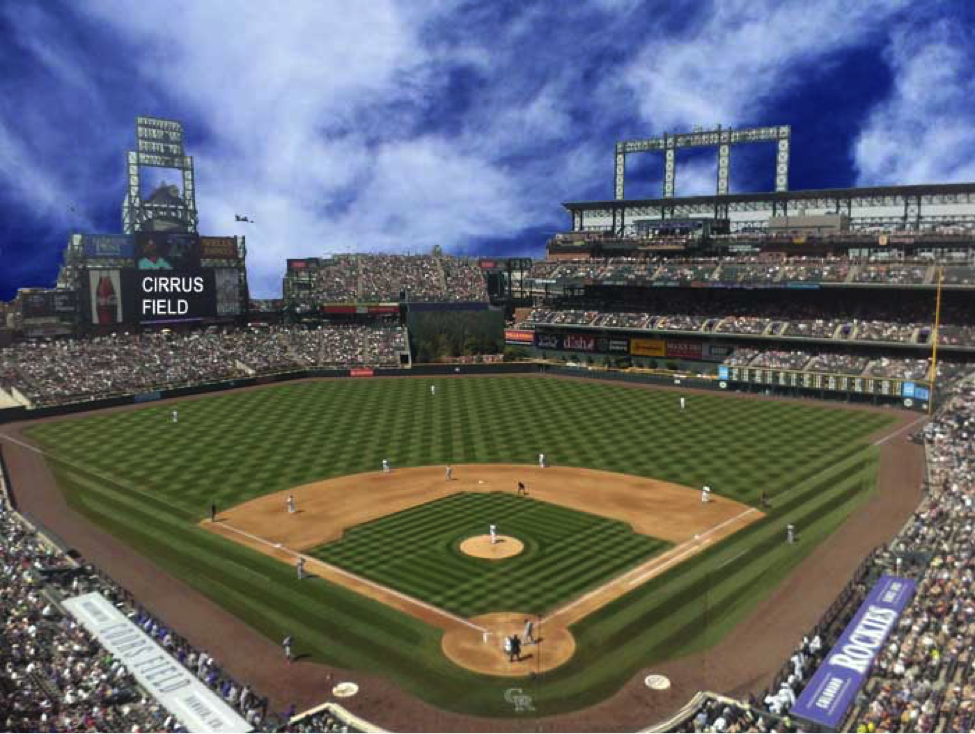 Instantly the ballpark with the best view. All pop-ups are home runs. Bunts are instant doubles. Pitching will simply be done by batting machines, as it just doesn’t matter anymore. The team will resort to painting decommissioned military grenades as baseballs.

At sea level, underneath the mountains: 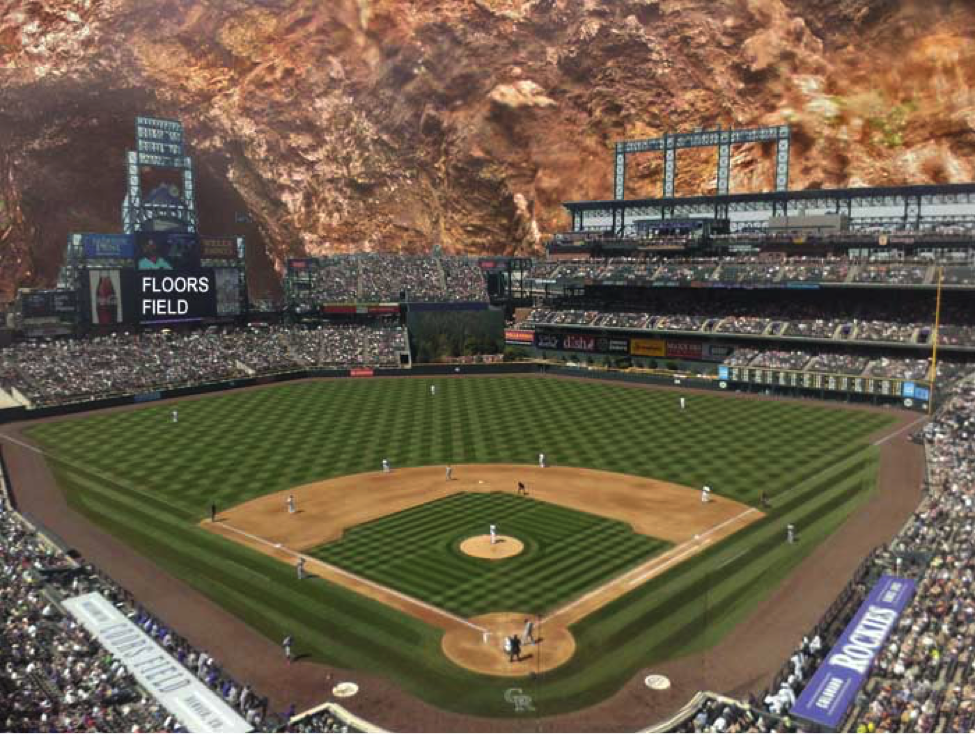 Nolan Arenado will still hit 30 home runs, but everyone else will turn into league average players. The pitching staff will be able to relax specifically about limiting home runs, but may be terrified of impending cave-ins. There will be a significantly higher chance of spelunkers running onto the field. There will be no more rainouts, although there will be several brief delays for stalactite removal.

At the center of the earth: 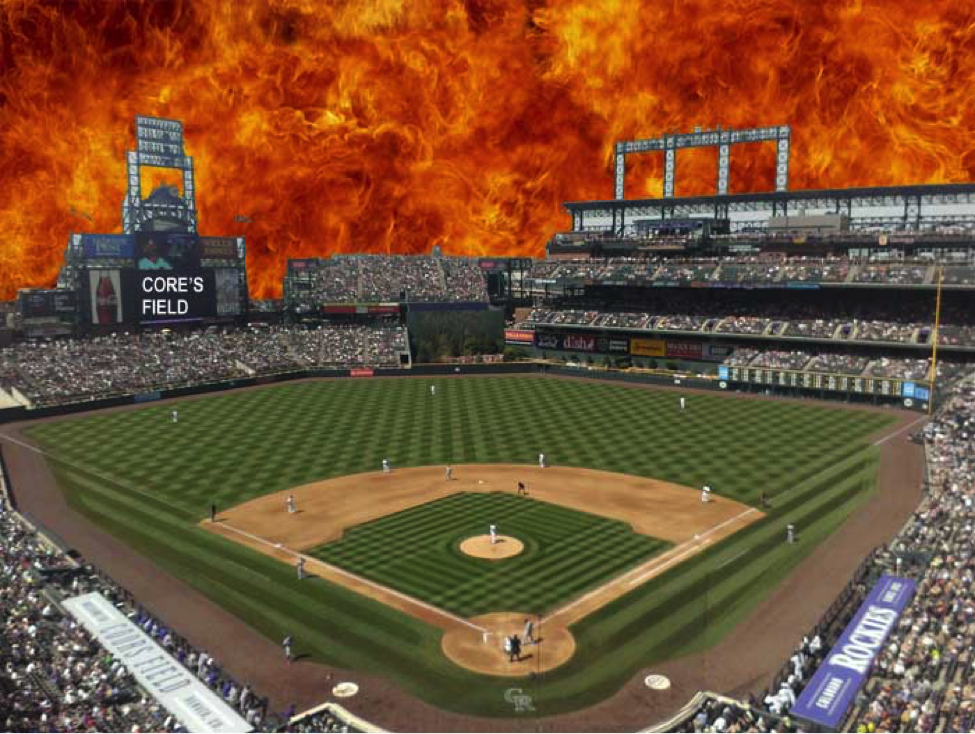 Free fireworks after the game, as well as before and during. Coloradans may be skeptical of taking the intraplanetary elevator to the stadium, but attendance will remain strong as the local population of fire elementals and demon serpents will be overjoyed that they can finally watch baseball in person. Extremely large chance that all the players will die, which means this changes very little with respect to the stadium’s current location.

Babe Ruth Laughs in the Face of Statcast

For much of its history, particularly in recent years, baseball has faced questions of progress: how to modernize the game while paying homage to its past, what to bring forward and what to leave behind, how to honor its greats while marketing its current stars.

This dilemma was no more on display than on Wednesday, when ESPN released results of a poll on America’s favorite athletes. Only three baseball players cracked the top 50: Derek Jeter at 13, Babe Ruth at 30, and Pete Rose at 50. Despite boasting a number of verifiable superstars, beginning with Clayton Kershaw and Mike Trout, current players were not represented until Anthony Rizzo at 51.

Such results beg the question about why, specifically, baseball’s past is more flaunted than its present. Is it pure romanticizing, or does the game itself necessitate a constant deference to past figures? Surely modern athletes are more equipped to play the game than their predecessors, and the talent pool has grown exponentially with the inclusion of black, Latin, and Asian players. More games are accessible to a wide range of individuals, and there is much more parity—no team will win four consecutive World Series. In many ways, the game is objectively better. So why do so many feel otherwise?

The answer, my friends, is Statcast. Before Statcast, the average fan had no idea how hard their favorite players hit the ball, and they did not care. In the days before these advanced stats, people were free to imagine home runs being hit at 200, 300 mph, turning each home run hitter into a giant. Now, we have a list that displays the information for each pitch. We know Mike Trout’s hardest hit ball is 117.7mph, and he’s 3mph behind that so far this season.

Those who lived to see Babe Ruth play concerned themselves not with such accurate stats. And the stats they did have only added to the legend: 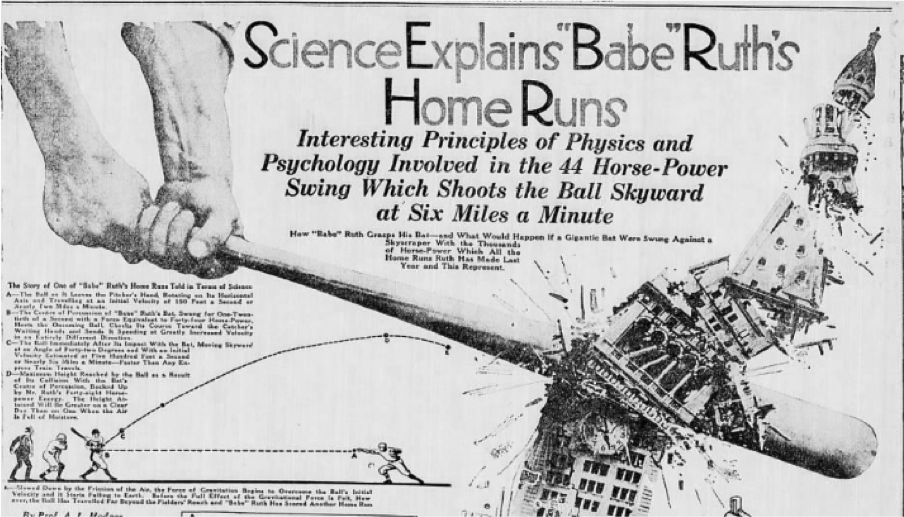 We know no modern player will ever hit the ball 360mph. Nobody will ever de-throne Babe Ruth. Baseball has not, and cannot, progress past 1920. Statcast has officially ruined the mystery and anticipation so essential to baseball. It has allowed facts and figures to destroy the game. And it’s high time somebody spoke out about this injustice.

With the somewhat surprise demotion of Seattle Mariners first baseman and lovable road movie sidekick Dan Vogelbach, the team’s starting role will be put in the hands of former exile Danny Valencia. But even hardened baseball experts may not be familiar with Valencia’s backup, utility infielder Taylor Motter. This short scouting report will fill in at least one embarrassing gap in the reader’s backup first baseman knowledge.

Every scouting report on Taylor Motter must begin with his hair, because people are predictable and fallible, and fail to distinguish between long hair and good hair. Motter’s hair is not bad, as far as hair goes: certainly it fulfills all of the requirements and obligations of hair. But having long hair, in itself, is not an accomplishment. It does not require a particular skill to have long hair; very nearly every 27 year old can accomplish this goal with sufficient amounts of food, water, and time. (AUTHORIAL DISCLOSURE: the author at age 27, it should be noted, could not.)

Professional athletes are often described as “freaks of nature,” and while this might be true on the microscopic or psychological level, it is less true in the “things my daughter would draw identifiably on a human being” level. That is, Taylor Motter has the same number of bones in his body as other people, is capable of identifying motionless objects in his field of vision, and can taste the difference between success and failure. His hamate bones are, to the best of our knowledge, still intact.

Taylor Motter’s swing is perhaps not the Platonic form of parabolas. It is perhaps not a parabola at all. It is the motion of someone who is hastily smoothing the frosting on a cake. Witness a swing by Motter on March 26, 2017 off Rangers knuckleballer Eddie Gamboa that resulted in a substantial home run:

We fed this GIF into the Baseball Prospectus Apple II, and it returned the following comp:

We fed this GIF back into the computer a second time, to see what would happen, and it spat out three-quarters of a paragraph from the novel Howards End. BP’s minor league team read the passage and decided that it was inconclusive, and that the writing was dry and overly dependent on defunct social mores for a work still considered a classic among the canon. “If Motter can establish himself as something more distinct than the petty conflicts of 2017 America,” Craig Goldstein told me, “and come to define what it truly means to be human in a world of alienation, he can be a valuable tool for the Mariners off the bench.”

“So would you compare him to Ben Zobrist?” I asked.

Curiously, this is the exact moment that Goldstein was forced off gchat, and my question went unanswered.

You need to be logged in to comment. Login or Subscribe
heterodude
I loved every bit of this article.
Reply to heterodude
MickeyCanter
Here's the thing about ESPNs dumb poll (as most ESPN polls are dumb, I want to add the disclaimer that this is not the only dumb poll that ESPN distributes).

The poll was taken during baseball's off season, right at the time that the NFL was at midseason and the NBA was just starting and EVERYTHING on Sports Center was NFL and NBA.

Did they skew the polls? What is news today if it isn't forcing an agenda on its viewers (intentionally or subliminally)?

I so love this article though. Five stars.
Reply to MickeyCanter
buddha
Matt Sussman's ballpark names are your winner, everyone.
Reply to buddha