Paul Blair Stumbles Across a Metaphor 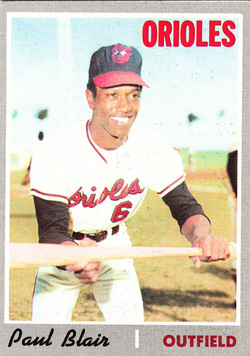 From 1965 to 1980, Paul Blair played center field for the Baltimore Orioles and New York Yankees, earning six Gold Gloves and two All-Star appearances. Nine years after retirement, he called on the Gold Coast Suns of the Senior League, hoping to manage one of the fledgling clubs. He wound up starting in center.

In his book, Extra Innings, David Whitford interviewed Blair after a game in which the former great chased down a deep hit into the gap, robbing a triple. He asked about the play, and Blair responded:

“…But I don’t think I lost too much out there. I can still get a good jump. I don’t know, it just seems like the same as when I played. I run after a ball, and when I first take off I say, ‘Well, I probably don’t have a chance at this ball,’ and then I’ll get to running and I’ll look again and something inside me makes me go a little faster and I wind up getting there. I don’t know what it is.”

I was born an infielder. The infield is comfortable, grounded, simple: essentially two variables, direction and speed. Sometimes they threw me into the outfield and left me to drown in the wheat. I remember one Little League fly ball that sat in the sky for hours, hovering like an eagle waiting to strike, while I played out the ensuing error in my head. There is too much time for thinking out there. The infield is straight lines and algebra; the outfield, parabolas and pre-calc.

We’ve been taught by television to prize the outfielder’s catch, the last leap, but it’s the mystery of the first step, before the camera pans, that defines him. For me, that first step was always in, toward the ball as it flew toward me, the instinct of an infielder. Every time, it betrayed me. What I lacked, what I could never create in myself, was that instantaneous calculation, a recognition of where to be.

Paul Blair was one of the great center fielders of baseball. He’s also, perhaps inadvertently, describing the creative process: the recognition, the tracking, the pursuit and the completion. Instantly knowing where to be, the correct spot, and then putting one’s head down and getting there. Not what to do, but how. I envy that instinct. I can only close my eyes, open the blank Word document, and throw up my glove.

Some of us discovered Gary Gygax before we discovered Bill James, and calculated THAC0 before we knew about ISO. So, if you thought that baseball statistics nerdery was the height of nerdery, you were wrong. Welcome to the most esoteric and useless 2017 preview I could think of.

They’re both relying on one important thing in (the) center in order to make them a viable threat.

Carefully crafted over time by “wise men,” these powerful juggernauts are fearsome, but lack charisma.

I bet it looked good on paper, but now up close, it could be kind of a mess.

A strange woodland creature that’s most concerned with taking your money.

Basically it’s a bird, but much bigger: just the right blend of boring and mildly terrifying.

Looks incredibly daunting, and almost impossible to kill. Even if you manage to defeat it, it’ll probably be back sooner rather than later.

A combination of serpentine features that makes for a rather uninspiring opponent.

A fearsome opponent, the beholder can withstand many injuries and adapt to many situations using a host of abilities. Also, like some parts of L.A., it’s kind of gross.

Powerful, but brittle … just like the Cleveland rotation and Michael Brantley.

Basically a sentient pile of garbage, which is how Jeffrey Loria is often described.

The pyrohydra, much like the Mets’ rotation, has seven or eight heads that spit straight fire.

An enormous, gargantuan sea beast, this monster poses no threat outside its natural habitat. Have no worries about the Kraken if you’re on land, and don’t sweat the Nationals during the playoffs.

Much like many Philadelphia sports fans, nightmares hate all life.

They’re going to suck you in for a little while this year, but do yourself a favor and stay away.

Living beneath the surface, the sand cactus is rarely noticed until it's too late, at which point it trips up its victim and consumes it.

Ugh, you again? Powerful, but played out. Could we please talk about anything else?

A mish-mashed mess. What are we even doing here?

Deeply weird, they can be strong but their real power is the ability to confuse you.

A relic of an earlier age.

Patiently waiting for their time to strike, may turn to stone if they wait much longer.

The weakest of all the chromatic dragons and only starting to grow to full maturity, this could one day be a formidable foe.

Not only the most iconic monster in AD&D, this creature prizes wealth and destruction over all else. Not quite at the peak of its powers.

In one of the early inning breaks of yesterday’s spring training game between the Indians and the Dodgers, two fans voluntarily went down on the field. There they donned giant inflatable bubble suits and flung themselves at one another at full speed, bouncing back and falling down on the little patch of foul territory they’d been given for the activity. It was approximately 92 degrees in the stands, and presumably significantly hotter inside a giant inflatable bubble. There weren’t really so many people at the game; there were even fewer paying attention; there were far, far fewer making a point to clap or cheer or otherwise make their attention known. Just a pair of anonymous fans throwing themselves at one another in odd bulky bubbles for a minute or two, more or less in a bubble of audience ambivalence themselves. It was not this or even especially at all like this, but the idea was similar: https://www.youtube.com/watch?v=CYHHhPmZsPQ

The whole idea of in-game entertainment is naturally somewhat strange—the game is already entertainment in and of itself, and entertainment is perhaps the primary reason for the game’s existence at all. But baseball of all levels seems to feel the need to forcibly fill its quiet spaces anyway, to put entertainment in its entertainment because it’s heard that we like entertainment, and so there now exists this little canon of racing mascots and name-that-song contests and wiffle bat home run derbys.

I participated in a dizzy bat race at a Charlotte Knights game when I was 11. I was driven in part by an inability to say no to adults in charge asking me to do things and in larger part by a desire to partake in my beloved hobby of beating my sister in literally anything at all. (In the dizzy bat race, I did.) And the two guys who packed themselves in inflatable bubbles under 90-degree heat yesterday probably had comparable reasons, whatever that might mean for them. The question here is maybe then not why we need this layer of entertainment at all, but who it’s really there to entertain. 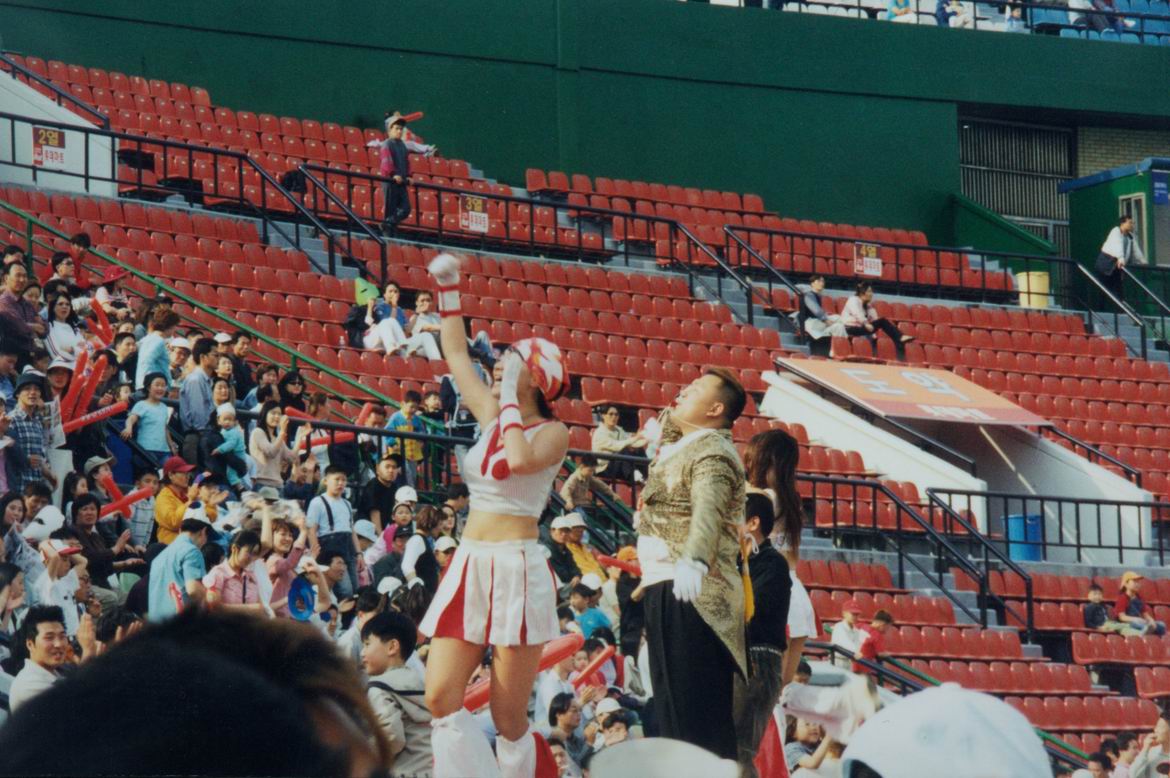 For all the reasons that people revere the flexibility of baseball's time, one that's not so often brought up is the link between flexible time and flexible space. The empty pockets here give space to think, space to connect, space to be. The idea that these pockets need to be deliberately filled for us, then, ignores the fact that any of us should be more than capable of filling them ourselves.

You need to be logged in to comment. Login or Subscribe
GBSimons
It's tough to beat an article referencing gelatinous cubes and umber hulks. Well played. Roll a d20 to determine the number of Likes you earn.
Reply to GBSimons
jnossal
How many likes before I reach 2nd level?
Reply to jnossal
Deadheadbrewer
Delicious--all of it.
Reply to Deadheadbrewer
LlarryA
I've been enjoying the Short Relief series, but these articles today are particularly good.
Reply to LlarryA
jnossal
For the Padres, I think you meant kobolds. Or, better, the double-take inducing, "wtf?" xvart.
Reply to jnossal