Anthony Bryant Belker was born on November 8th, 2022, five days after the Cubs won their third World Series in six years. His parents, and thus he too, were at Game Five at Wrigley, and saw freshly retired Jon Lester throw out the first pitch to huge applause. They saw Javy Baez, always existing at the far extreme of Cubs fans’ various emotions, hit that huge three-run home run off Jon Gray in the 8th. They all knew Javy was testing free agency after the year was over, but few really expected it to be his last home game in Chicago.

Of course, for young Anthony, this is all just the mythology of his childhood. They are the mother’s milk of narrative he has been fed since the day he was born. Like many of us, the myths Anthony cherishes stand in stark contrast to his reality. Since that joyous occasion he attended in utero, the Cubs made it back to the postseason just once, in 2025, and were dismissed in three games by the Atlanta Braves. All he knows are these modern era Cubs, who resemble the ones his grandfather tells him about. 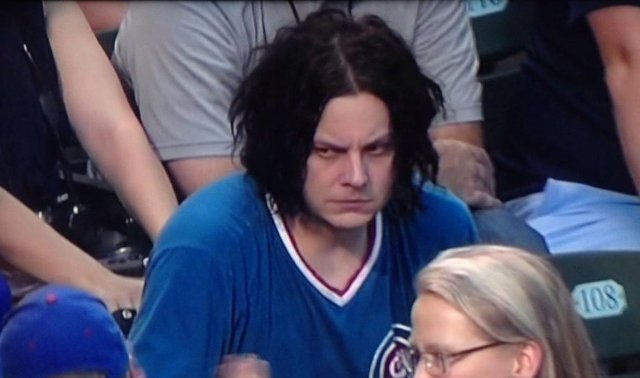 The crueler torment of childhood is not losing, but watching our heroes fall. Last place finishes, blown saves, and hapless defense are one thing to endure on a team-wide basis. It is all together another to watch the slow, inevitable decline of every Chicago boy’s idol, Kris Bryant. As the legend faded, the team and Bryant finally parted ways after his contract expired in 2028, and of course, of course he experienced a career revival the next year. Watching him lead the 2030 Cardinals to the playoffs was, to a seven year old, something like armageddon.

For many, eternity is defined by the length of our memory, and Anthony is no exception. Although his toddler years were spent surrounded by screens with apps specifically designed to indoctrinate his young mind to the glories of being a Cubs fan, those images and sounds can only harken to history, and ten year olds have no time for history.

Instead, thanks to the forever of all of his ten years of living, Anthony is approaching the 2032 season with disinterest. The Cubs have finished below .500 for five straight years, attendance is down, and the hero Epstein has long since departed to Oakland, and their shiny new stadium. His father, gifted with an optimism that comes from experiencing winning, tries to tell him about the team’s exciting young players, of their new manager Willie Bloomquist, and the promise of spring.

But Anthony is young, not stupid. He knows what he has lived, and for him the Cubs are nothing but pain and defeat. As it was, so it shall be.

Maybe Sparrow It's Too Late

"Nobody cares about your fantasy team."

I flew to New York on a Thursday-Friday redeye, arriving amid a minor snowstorm that was still enough to make me, bearing a cold and a satchel, miserable on my walk from the A train to my hotel a block from my first post-college apartment. I took the opportunity to see friends, though my short stay (a Sunday evening return flight) meant I could only see so many and for so long. Making the stay shorter still is that I spent my entire Saturday, from 7 a.m. to 5 p.m., in Westbury, Long Island, buying real baseball players for fake money for my fake baseball team.

"Nobody cares about your fantasy."

The 13 of us (one team is co-owned) were gathering for the league's 10th draft (my eighth), so, despite distance (Los Angeles, Maryland), families (multiple babies, at least one pregnant wife), and the general weirdness of spending 10 hours in a room shouting about baseball players and anal fissures, we decided to make a live auction work. Ten hours may seem like a lot, like too much, but it's a deep league: each of the 12 teams is really two teams, an AL and an NL, and each roster has 25 active players, so over the course of the day, we had 600 roster spots to fill, minus the 220 or so keepers.

"Nobody cares about you."

This leads us to why, when Trevor May was nominated for $1 that afternoon, I was eager to bid him up to $2. May managed two seasons of consecutive sub-4 DRAs and last year converted himself into an extreme-fly-ball (31 percent grounder rate), high-strikeout (12.7 per nine) reliever who would be pitching this season on a mediocre team (80 wins per the current BP depth charts) whose bullpen ranged from injured (Glen Perkins) to bad (everybody else); one might hope for some cheap saves, or at least seventh- and eighth-inning holds. (Holds are worth a point in my league.)

Alas, the second my quick cry of "two bucks!" was declared the high mark for May, the news was revealed: "He tore his UCL." "What?!" "The news broke during lunch." I had, despite illness, fatigue, and a general disinclination to a social life, spent the break out of character, meeting new people, joking around, chatting with men I'd spent the last eight years emailing without ever putting a face to a name. I had not spent my lunch break on Twitter or Rotowire. My tragedy, caused by my deviation from my known true self, was complete.

Trevor May's 2017 Baseball Prospectus annual comment includes this note: "he broke down physically several times [as a reliever] after being durable as a starter."

It is a pleasant and healthy diversion to rank things, particularly meaningless things. People used to do it with baseball players in bars on Friday nights, before Bill James flung his Win Shares at us. Someone right now is ranking the Star Wars movies on Twitter, as you read this. It’s an exercise that provides the illusion of putting the world in the slightest order, that something in our arbitrary, prolonged death spiral makes sense. Allow this vignette, then to serve as today’s sudoku puzzle for the heart. 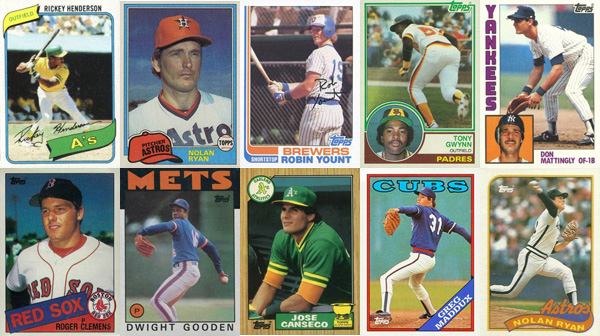 The Short Relief Defense Corps were assembled to rank the relative merits of each of these borders, from one (being the best) to ten (being the worst). What our collective value system came to be may shock and horrify you.

I can’t say that I’m too upset with the outcome. The love for the 1982 brand of hockey sticks surprises me, although I admit the dual-banded splash of color is strong (when it isn’t pink). Hatred for the 1984 set shocked me, however, given that as a child I often confused it for a moment with the similar 1983 edition. The often goofy headshot, the colorful team name, the perfectly parallel vertical and horizontal lines: what’s to dislike? Okay, the terrible background color on the small photo.

The group was correct in finding the stark, anti-aesthetic 1986 set as the best overall, even if the set was the least popular of the era during my childhood (mostly for its blurry photography and lack of rookies). 1988 and 1989 were boring, and signal the beginning of a decade-long trend of conservative designs (dot matrix notwithstanding).

But 1987. I knew that 1987 would be an issue. I knew there would be fools who looked at the woodgrain background and see the cheap paneling of their parents’ basements rather than the surface of, you know, a baseball bat or a picture frame. People who would fail to appreciate the consistent color-coding of the name field, the rare use of the actual team logo, that Dom Casual bold font that somehow balanced between fun and obnoxious. There will always be those who see past beauty.

All one can do is feel pity.

You need to be logged in to comment. Login or Subscribe
JohnnyFive
I feel the exact same way about those 1987 Topps. Those are the bread and butter of my childhood. I remember thinking that they just looked so Classic with a capital C. I was 9, though, so my taste was questionable, but despite absolutely hating the Oakland A's back then, I still remember Alfredo Griffin's card and thinking that he was the epitome of everything that was cool.

https://usatftw.files.wordpress.com/2014/09/alfredogriffin.jpg?w=1000
Reply to JohnnyFive
jfranco77
Man, I never liked the wood grain cards. I thought 84-86 Topps was about the best 3-year run of any card design.

I drove to Ohio this past weekend for my long-running fantasy auction. Only 15-team mixed though, so we were done after about 6 hours.

Also, you scoff at the fictitious Cubs baby, but my Yankee fan daughter was born 3 months after they won the 2009 World Series, but of course we knew that was probably a last gasp.
Reply to jfranco77
mageno
I hated those 87s back in the day, but have warmed up to them as the cards have lost something. I bought some Donruss cards this past weekend and they're not even licensed by MLB. The cards just say Cleveland but no Indians and logos are air brushed off, horrible.

Never liked the PIP (picture in picture) and I'm still a big fan of the late seventies ('77 my favorite). Gonna have to vote 82 as my favorite.
Reply to mageno
jfranco77
The picture in picture is tough - they're hit and miss. That Mattingly card from 84 is iconic, and looks amazing. Then the 83 card is a picture of Tony Gwynn's posterior.
Reply to jfranco77