This is the second-toughest part of the offseason. The toughest part is the bit right before pitchers and catchers report, because almost all of the pieces have been assembled and you want these guys to just go already, and you really, really want to feel warm again, but this is the second-toughest part. The stove isn’t hot so much as it is sitting at the burner position between 4 and 5 on the dial, which isn’t good for anything.

We’re sort of bored now. It makes writing difficult; ideas are hard to come by. We’re relitigating old controversies. The Cy Young awards were announced Wednesday. The selection of Rick Porcello stirred some controversy that second-toughest-part-of-the-offseason way, and in a close field, I wonder if voters might’ve benefited from a touch of the weird, the bizarre. This is the Weird Play Index, Pitcher Edition.

We say “oh no” a few different ways. Sometimes it’s as an exclamation. “OH NO!” These moments usually involve unexpected tragedy or missing the counter with our beer or a mouse. OH NO! Sometimes, it’s said with resignation, as the weight of events wash over us, temporarily crushing more fervent reaction. Oh no. Sometimes, it’s marked by sympathy, with an elongated nooooo showing that we feel awful. Oh noooooooo, your canary died.

The Twins managed to evoke all three at once somehow, and darn it if Pat Light isn’t a Minnesota Twin. First, Light walked back-to-back batters. Oh noooooooo, poor Pat. Then, he wild-pitched Justin Upton and James McCann over to second and third. Oh no, Pat. The Twins decided to intentionally walk Erick Aybar, because it is surely better to have the bases loaded for Pat Light than not. Loaded is no doubt where he thrives. But Light airmailed ball four, allowing Upton to score. OHNOohnoOhnoooooooo!

The Tigers would tack on another five runs this inning. I wonder which “oh no” Pat will use when telling this story at Thanksgiving. Probably best to talk about the canary. 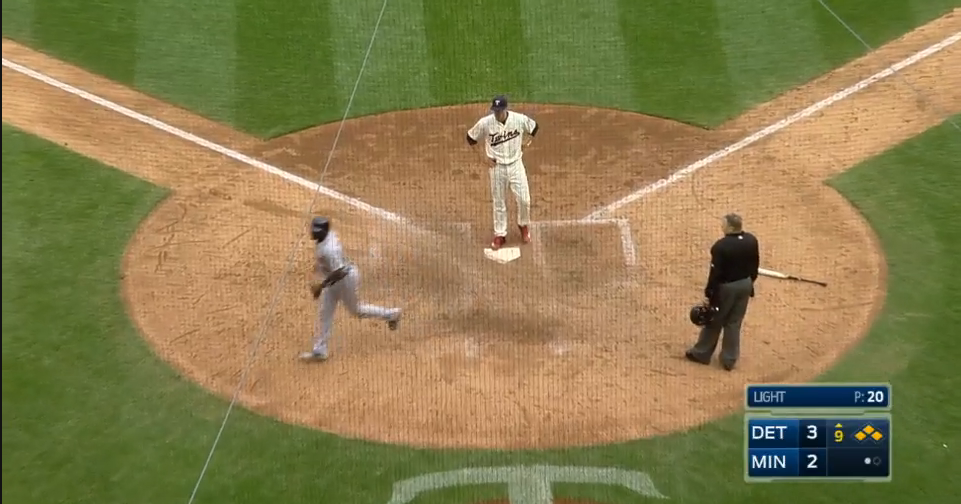 What are you supposed to do? Or rather, what more are you supposed to do? "You try to hit the ball hard, and a guy makes a crazy play. That's baseball, I guess,” Andrelton Simmons told reporters later. Maybe, but I don’t know, man, the ball seems to have been ensorcelled. You can’t see a spell cast; Nick Martinez doesn’t appear to say special words or engage in a laying of hands. Whatever magic was done on the Rangers' behalf likely came earlier in the season on their way to a 36-11 record in one-run games.

This was one of those 36 wins. Brett Oberholtzer would get tossed later for hitting Elvis Andrus (with the ball), and Mike Scioscia would object strenuously. Simmons hit the ball really hard, and other dudes got into fights, but that’s not how spells work. What else are you supposed to do?

I have not engaged in a comprehensive study, but I feel comfortable saying that pitcher sky points resulted in exactly one extra out in Major League Baseball in 2016. There were many sky points, possibly thousands, because pitchers want to be good helpers. But all that effort resulted in one extra out. It came on September 23, which is cutting it pretty close to sky points adding nothing at all last year. The pointer is Mariners pitcher James Paxton. There’s his pointer finger. Look, it works! 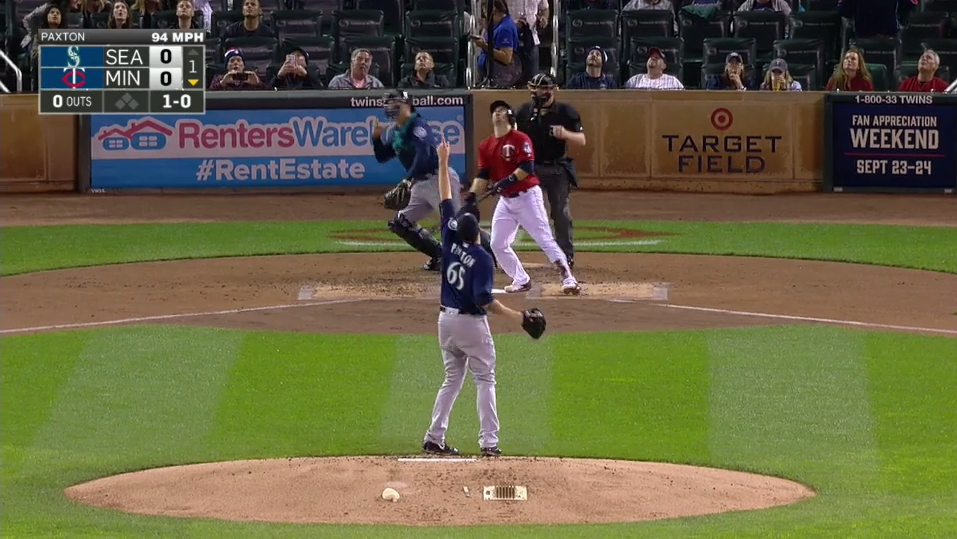 This is Adam Lind. Wait for it, he’s moving his pair of alarmingly tight pants into foul territory. He overshoots the ball, or underestimates the wind, or gets distracted by how uncomfortable those pants have to be, but then thinks, “Crap. Wait, where did James point? GOT IT.” And he did.

Most sky points don’t make a pitcher look really silly, though they always make a pitcher look a little silly. Pitchers normally point at balls that are popped up, or otherwise don’t sound like they’re going anywhere. Only, sometimes they do. Back in 2013, Danny Salazar was thissss close to Miguel Cabrera having an 0-for-4 night. Only, he didn’t.

Everyone was already going to be looking at the ball. It was a close game and a full crowd and folks were on their feet, and apart from anything else, Miguel Cabrera hit it very, very far. Everyone was already going to be looking. But Salazar makes a quick little move in here, after he hears the sound of the ball off the bat and sees Cabrera’s reaction, to pull his arm back down. He doesn’t even get turned around to the outfield all the way before he does it.

Some of this not wanting to make it worse by appearing ridiculous. But I wonder if some part of him thought there was some portion of the crowd, maybe even just a single fan, who was looking because he was pointing, and would stop looking if he just stopped. As a species, we try very hard not to feel embarrassed.

The walk-off-the-field strikeout strut … just kidding, that’s not the third out

Pitchers have so many little jobs as part of their bigger job. Their work begins well before a first pitch with treatments and catch and going over hitters. There are good starters and bad starters, but they’re only good or bad relative to each other. Relative to all the other pitchers not pitching in the majors, every major-league starter is good at his job. Jake Odorizzi is good at his job. And Jake Odorizzi is about to forget how many outs there are in the inning.

How many outs are in an inning? One-two-three? Oh silly me. Guffaw. I’d give him my blessing to marry my hypothetical daughter. He could have a spare key for emergencies. When I go out of town, I’d trust him to watch my pets, and take out the recycling so it doesn’t get so full I have to stand on it to fit more in the following week. Jake is being a little bit bad at his job, and being almost perfectly charming while doing so. Let’s look again from a different angle:

He’s so close to getting away with it! If he turns to his left two or three steps sooner, he could probably have played it off as circling the mound to celebrate the strikeout. We might have guessed he forgot for a moment, but we’d let it slide, because we wouldn’t be totally sure. But Jake didn’t just forget how many outs there were. He really forgot. He had to be told. Some one yelled, “Hey Jake!” and gestured at the ump. Of course, it could have been worse. Feeling silly or stupid can make us defensive. Sometimes we lash out. But not Jake. Jake was a little bad at his job, but showed he’s a good person. Phew.

Additional entries in this category: Pitcher falls down while fielding ball to first; Pitcher struts off the field because hot damn, inning-ending strikeout; Pitcher walks slowly off field with a scowl so profound, you worry he’s got people in a basement freezer; Pitcher uses rosin bag to dry face and/or bald head; Rosin bag explodes on pitcher; Pitcher shakes off catcher, immediately gives up home run; Pitcher fails to cover first base or back up home plate, gestures frustratedly at first baseman or catcher.