Baseball is not introduced to most of us as a career. A game, a passion, an escape, a pastime—just not, usually, a career. But a career it is, however awkwardly it might fit the framework of a nine-to-five office job, and as such, it includes LinkedIn profiles. Here, the archetypical examples of famous baseball men’s very real and seriously, real LinkedIn accounts:

Hamels is not here to tell you about his baseball skills. He is here to wear a sports jacket (still with baseball in hand, though, lest you forget) and to tell you about his operations management skills. Or perhaps his talent with inventory management, if you’re more interested in that, or maybe his process improvement. If some other shiny buzzword is more your style, don’t fret—enjoy his endorsements for cross-functional team leadership or brand awareness or strategic partnerships. You might be thinking: “Wow! Could Cole Hamels be any more perfect for engaging in small talk at a corporate networking mixer?” Actually, yes! He can! For the man has two interests, and they are new technologies and traveling. Just don’t ask for details on how he applies these skills in his current position as pitcher for the Texas Rangers baseball club, because he provides none.

The Evolution to a Singularity: Dan Duquette.

Duquette describes his first front office job through several lenses: his duties (“oversaw professional scouting staff of 30”), his results (“drafted and signed Gary Sheffield”), his accomplishments (“honored as Organization of the Year”). But as his resume moves from Milwaukee to Montreal to Boston, his explanations shrink to something less detail-oriented. Finally, with Baltimore, he defines his job with one phrase. He does not bother to clarify whether this one phrase represents his one goal or his one achievement or his one responsibility or all of the above. It doesn’t matter. Dan Duquette’s job is singular in nature, and Dan Duquette’s job is “rebuild Orioles.”

The Disregard for Form and Function: Curt Schilling.

Here are some activities considered “career experience” by Schilling:

He received a “nope” degree from Yavapai Junior College, where he majored in “basic attendance,” and he is pictured wearing Christmas pajamas surrounded by family.

Too Cool For This, And Yet Still Here: Elvis Andrus.

A cursory glance at Andrus’ LinkedIn profile makes it fairly clear that Andrus does not outwardly care about LinkedIn too much. “But wait,” you might say, “was that not the defining characteristic of the Schilling archetype?” An understandable reading, but not quite a correct one! While the Schilling archetype is built on not understanding LinkedIn, it is also built very much on caring about LinkedIn. Effort is evident on every level of the Schilling profile, albeit effort that is somewhat confusing and perhaps misdirected at times. Conversely, there is no effort evident in the Andrus profile—save the effort to appear effortlessly cool. This is not the contradiction in terms it might seem. Being effortlessly cool means not having a LinkedIn profile at all. Putting in effort to appear effortlessly cool means having a LinkedIn profile that features a car selfie with Rougned Odor as your profile picture, a misspelled version of “business—my own” as your only career experience, and “living the Dream” as your current position. So cool. Except for the fact that two people still endorsed him for Microsoft Excel. Less cool.

Cool is a luxury. Or, at the least, the sort of cool evident in Andrus’ profile—the cool that comes from elevating yourself above the act of caring—is a luxury. It is a luxury that Andrus has, with his spot in the big leagues secure, and a luxury that Dean Anna does not. In his ninth year as a minor leaguer, Anna has a profile that is full of care and full of want. His skills and accomplishments are thoroughly detailed all the way back to high school, his biography is earnest and comprehensive, and his mission statement is as suitable for an office job sports analogy as it is for an actual athlete: “my versatility allows me to play my game efficiently and effectively all over the field.” 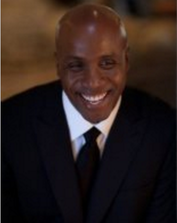 There’s a Baseball Prospectus article about Barry Bonds from September 2001 that reads, “This isn't run-of-the-mill greatness here. This is the kind of season that our grandchildren will look up in Total Baseball XVII some day and wish they could have seen in person.” There’s an entire book written about the glory of his 2001, titled “The Gracious Season: Barry Bonds and the Greatest Year in Baseball.”

You need to be logged in to comment. Login or Subscribe
RJAnderson
Flourish.
Reply to RJAnderson
mlsgrad99
I liked this article more than I should have. Nice work!
Reply to mlsgrad99
jdonelson
Fantastic
Reply to jdonelson
lmarighi
This was so much fun to read.
Reply to lmarighi