A few weeks ago I wrote an article about Brian Dozier, detailing his rise from marginal, light-hitting shortstop prospect to slugging second baseman. At the time he had 30 home runs, which led all major-league middle infielders. Since then he’s hit 10 more homers in just 18 games, giving him an incredible 34 homers in 93 games since June 1 and a total of 40 homers on the year. No. 40—a high, inside fastball yanked out to left field off Tigers left-hander Daniel Norris last night—was a prototypical Dozier homer.

Not only does Dozier still lead all major-league middle infielders in homers, he’s second among all major leaguers, period—one behind Mark Trumbo with 41. With three weeks still remaining in the season he already holds the American League record for homers by a second baseman, passing Alfonso Soriano, who had 39 in 2002 and 38 in 2003. Three second basemen in National League history have reached 40 homers, so Dozier joins this exclusive club:

Hornsby and Sandberg are Hall of Famers, but Johnson is better known as a manager. He was a good player, making four All-Star teams in 13 seasons, but his 1973 sticks out from his overall resume like few other career-years in baseball history. That season Johnson hit .270/.370/.546 with 43 homers for a Braves team that was 76-85 despite Johnson, Darrell Evans, and Hank Aaron all smacking 40-plus homers. Johnson never reached 20 homers or an .800 OPS before or after that season, slugging .390 the next year.

As a “senior sign” eighth-round draft pick Dozier is perhaps an equally unlikely member of the 40-homer club, but after ditching a contact-and-singles approach around mid-2013 he developed into the majors’ most pull-heavy hitter. He’s been crushing inside fastballs and hanging breaking balls into the left field seats for a while now, but the past 93 games have been insane. His power binge has forever ruined one of my go-to tidbits, which is the Twins’ single-season homer leaderboard. For more than 40 years, it looked like this:

I guess “ruined” might be the wrong word, but now there’s this:

Dozier joins Killebrew as the only 40-homer hitters in Twins history, which dates back to 1961. In fact, prior to Dozier no Twins hitter other than Killebrew had ever surpassed 35 homers. In between Minnesota hitters topping 35 home runs, hitters on other teams did so 385 times. And then Dozier hit 34 home runs in three-plus months, batting .312/.373/.683 during a span in which his team is 38-55. Minnesota is going to lose 100 games despite a solid defensive second baseman hitting .277/.348/.575, which seems really hard to do.

Which leads to an increasingly debated topic in Minnesota: Should the Twins’ new front office—whoever that ends up being—trade Dozier this offseason? The notion of trading any player coming off an MVP-caliber season is always going to rub fans the wrong way, but the Twins are baseball’s worst team and have been awful since 2011. Dozier’s value will never be higher, he’ll be 30 years old in 2017, free agency looms after 2018, and the Twins have a young, cheap, solid alternative at second base in Jorge Polanco.

There’s absolutely a reasonable argument to be made for keeping Dozier. Even if Dozier comes back down to earth in 2017 and 2018 he figures to be one of the AL’s best second basemen and the Twins have enough young talent to think he’d be smacking 25 homers in a playoff-caliber lineup. Keeping him is the easy, straightforward approach and it may even be the smart approach. But as the new front office boss assesses the Twins’ dismal pitching situation it’ll be hard not to look at Dozier as bait for elusive high-upside arms.

In theory at least contenders should line up to acquire a 30-year-old second baseman with 40-homer power, 20-steal speed, a capable glove, and a reputation as a positive clubhouse presence who’s under contract for two more seasons at the bargain prices of $6 million in 2017 and $9 million in 2018. Dozier trails only MVP candidates Daniel Murphy and Jose Altuve in WARP for second basemen this season and is a top-10 second baseman overall since 2013. Plus, just look at this hair: 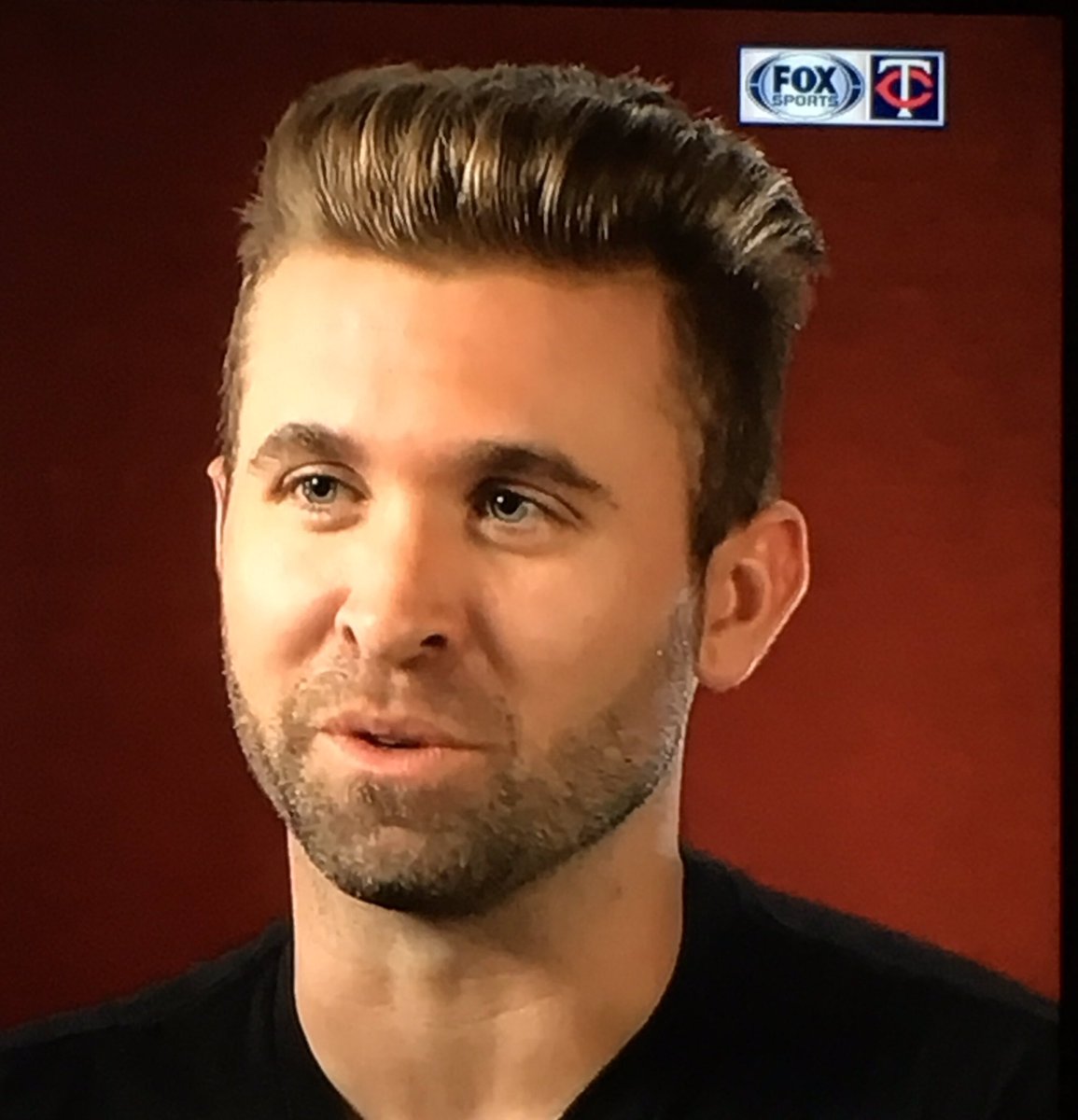 It would be wishful thinking to expect the Twins to snag a fully formed ace for Dozier, but a top-100 prospect and/or young big leaguer with top-of-the-rotation upside by 2018 seems reasonable given the high-caliber of prospects on the move at the trade deadline. To plan for 2018 and beyond is a tough pill for Minnesotans to continue swallowing in Year 6 of a rebuild that has featured at least 90 losses in all but one season since 2011, but the passage of time alone unfortunately isn’t enough to get this team back on track.

While suffering through those six mostly miserable seasons the Twins managed to build half of a promising young team, putting a lineup in place that is already decent and likely to be very good very soon. However, because they’ve done such a poor job on the other half of the roster, barely making headway with a pitching staff that is by far the worst in the league—again—the Twins might be forced to take the best hitter from that promising lineup and gamble on him fetching enough talent to balance the scales a bit.

“We’re on pace to lose 100 games, so it doesn’t sit well with me no matter how many homers you hit,” Dozier told reporters after hitting his 40th in another losing effort. And therein lies the rub. Can the Twins add the pitching talent they so desperately need to get back on track without trading Dozier and can they do it quickly enough that he hasn’t left as a free agent before a turnaround takes place? It’s a very tall task and a narrow window, which is why trading a 40-homer second baseman is actually a viable, albeit scary, idea.

You need to be logged in to comment. Login or Subscribe
collins
Polanco is ready to step in at 2B but right now they have him at SS. Do you think he cannot stick there?
Reply to collins