There comes a time, generally every four years or so, when the average American comes to reflect on his or her government and conclude that he isn’t particularly well represented. He sees the institutional impediments to accountability: the electoral college, the political action committee, the gerrymandered district, the uncommitted delegate. He flips on the television and observes the wreckage of modern party factionalism, which at best results in gridlock and at worst a pendulum of overreaches and reversals that ruin the lives of invisible people. Then, to escape this, he switches over to the sports channel and learns that his baseball team has signed Jose Reyes.

As baseball and sports have grown, they’ve grown apart from us. A hundred years ago your favorite baseball player was a regular at your father’s drugstore or worked at your uncle’s friend’s mill over the winter. Fifty years ago he was cutting ribbons at civic parades and local morning talk shows. But then the owners grew rich, and Marvin Miller made players rich the only way he could, by untethering player from place, and forcing capitalism deeper into the mechanics of the sport. Now, at times, it’s difficult to know what, if anything, the baseball fan owes loyalty to: the billionaire owners who demand public money for stadiums? The players who will someday leave them? The general manager and his staff, as beholden to the win as their boss is to the dollar? The brand itself?

As MLB’s latest declaration regarding the apprenticeship of ballplayers reveals, the corporation that is baseball is completely insulated from the people who consume its product. It’s not the singlemindedness of purpose (greed) that is so surprising: it’s the unashamedness of it all, the complete disregard for its own reputation. (With the NFL leading the way, MLB hardly needs the courage to follow two steps behind.) And yet the press release was alienating, a reminder that as much as you as a fan care about baseball, it does not care about you. It does not care about the welfare of the players that make up its future.

If the baseball plutocracy hasn’t been winning the hearts of America of late, democracy is on scarcely better terms. Nothing demonstrates the madness of crowds better than the phrase “Omar Infante, All-Star.” In fact, attention to the fan at the ballpark experience is almost always derisive: fan interference, the Wave, people running onto the field, booing pickoff throws. In so many ways the model of Major League Baseball is anti-populist: athletes performing feats you can never replicate, using strategies based on statistics you can never access, broken down by analysts whose expertise you could theoretically never approach, taking in the game from seats you could never afford.

Given this dark preface, please allow me to imagine, in purely hypothetical terms, an alternative. Let’s try to construct a democratic American pastime. The closest we’ve come to populism is, unsurprisingly, at the hands of Bill Veeck, who on 8/24/51 distributed more than a thousand cards with yes or no on them and gave his manager, Zack Taylor, a night off. Instead, after letting the thousand collectively decide the lineup pre-game, a team official would hold up a card with a question on it, and someone else would scan the crowd and estimate the majority vote. When Browns starter Ned Garver ran into trouble early, for giving up three runs in the first, the crowd was asked: Warm Up A Reliever? They said no, and Garver settled in to pitch a complete game. (He admitted afterward that seeing the fans vote “no” made him feel better.)

There were flaws to the plan; a simple question like “Play Infield Back?” caused fans to make complex and foreign calculations, though perhaps it provided them an appreciation for the speed of the game, from a managerial standpoint. And when the fans voted to send the first baseman and he got caught stealing by maybe 20 feet, it revealed the drawbacks of such an overt process. But though the Browns went on to a rare 5-3 triumph, but the stunt was shelved forever. Which is a shame, because smartphones would simplify the process immensely.

Obviously, this Ancient Greek form of democracy would be impossible on a team-wide level—how would trading even work?—but we’re biased toward American democracy anyway, and Americans are more than happy to hire representatives to do our political toil for us. A more realistic model, then, would be something along the lines of the Green Bay Packers: a team held in trust by its public shareholders. Or, to be more accurate, to each citizen through taxation. The people would then elect their team executives the way they do their sheriffs and dogcatchers, and each year, in the waning months of fall, those executives would have to defend their work and run for re-election.

No longer could teams go into supposed rebuilding cycles, putting out terrible teams and pocketing the savings of payroll. Nor would you see a mid-century Cubs franchise, relying on its stadium to generate revenue regardless of on-field product. The 10-dollar beer, the closed batting practice, the corporate-sponsored second-first pitch, all of these annoyances at modern baseball capitalism would quickly vanish. The publicly funded stadium, upon construction, would actual go on to fund the public.

Of course, the baseball would get worse. One of the pleasant things about baseball is how, for players and teams alike, individual success correlates to financial success; teams may gouge at every opportunity, but few (in the modern era) aren’t trying to win. One of the elements of populism, as noted by Alexis de Tocqueville in his famous book no one reads, is that democracies tend to have a flattening effect, a mistrust not only of authority but expertise. We’re all equals politically, the thinking goes, and thus anyone who strives to be “elite” is striving to be better than his peers. It’s the basis for a long-standing American tradition of anti-intellectualism, and it’s why so many voters rank their presidents heavily based on with whom they’d most like to share a beer. 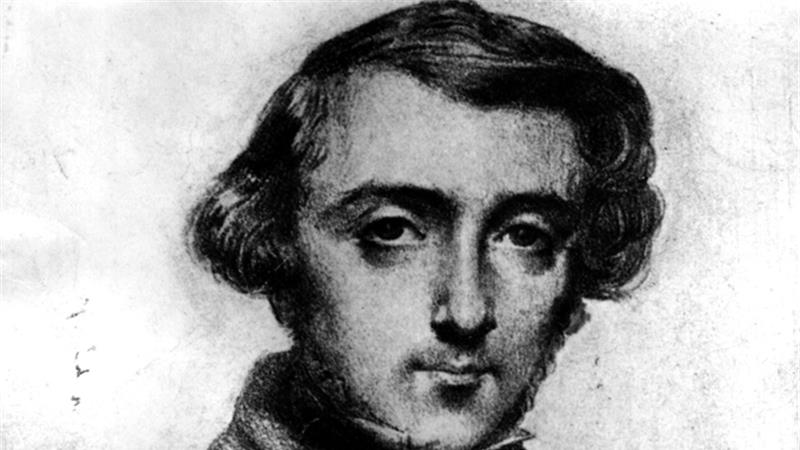 Being the smartest analytical mind when it comes to baseball, and being electable, are two different things; one might even be tempted to believe that they’re negatively correlated. And make no mistake: the elections would be terrible. The baseball equivalents of Hamilton and Jefferson would waste no time factionalizing baseball fandom, trying to control the narrative, score points with the electorate. Think Twitter is contentious now? Combine politics Twitter with baseball Twitter, or sports radio with talk radio. Baseball fans would arrive at the park wearing their team’s jerseys but with pants denoting their political affiliation. The progressive and conservative undertones of discussions about statistics, and unwritten rules, would take on all the weight of the future of one’s baseball team.

It’s a long-standing irony that representative democracy tends to be bad, compared to other forms of government, at public works. It’s the same problem that Bill Veeck faced: Votes are very good at handling binary equations and terrible at pluralities. (It’s one reason why we have a two-party system despite the fact that the current political spectrum is more like a circle than a line.) In order to create something, you have to get everyone to agree on what that thing should be, and then how to go about making it. But in our hypothetical example, we’re instilling all power into a single executive branch, which means that we have another issue instead: the tyranny of the majority. Without proportional representation, you can see a majority of fans create rules and vote for people who benefit their subset of the population at the intentional cost of the powerless remainder. Specialized services and markets—always welcomed under capitalism as long as niche business can survive—can be sacrificed for the sake of the budget of the masses. Just as dangerously, de Tocqueville found that the tyranny of the majority tends to lead to groupthink, and with it, intellectual stagnation. New ideas have a harder time thriving when they have to win over 50 percent of the population at once.

Even if we were to survive all the campaigning and politicizing, the quality of the game would suffer. One-year terms would seem to sacrifice teams’ ability to operate on a long-term plan; but corporations tend to be overrated in their ability to see past the next fiscal quarter, and the field of baseball is strewn with the careers of executives who failed to see their plans come to fruition. Long-term contracts would still happen; no one thought (besides the man himself) that Jack Zduriencik would see the end of the Robinson Cano contract, or that many general managers hold hope that the prospects they purchase in fire sales will acquit themselves on their boss’ behalf. But on the whole, popularity would tend to dictate roster moves far more than it currently does, when a player may get extra time due to his fame but no guarantees. Teams would be reluctant to trade their superstars even in times when it would help the club down the line; you’d see more Ryan Howards than ever, not something that most people are eager to sign up for.

But more than anything, you’d see gridlock. Not necessarily the contentious, vote-buying Senate drama kind, unless the voting structure ended up with some kind of Jefferson-Burr power system. Rather, you’d see it in the massive pendulum swings of successive regimes. A slate of executives win election, starts constructing the team their way, then either fails or has one of those dumb-luck terrible seasons that are all too possible in baseball. They're thrown out, and into power comes the opposition, one that immediately undoes all their work in favor of a different systems. Scouting departments, clubhouse staff would be thrown into chaos. You’d get underlings who jockey for appointments with potential leaders, seeking some cushy radar gun job. In other words, it would be just like real government.

So while this is all conjecture, it seems apparent that baseball as a representative democracy would be a disaster. Democracy has endless flaws, and translating it to baseball would surely uncover more, like the will of the sports-indifferent population. All the pain and the ugliness of politics would pour into baseball, destroy any last link with the idyllic myth buried in the roots of the sport. And yet I can’t help but wish for this pointless, impossible scenario. Because even if democracy created a flawed, obnoxious brand of baseball, it would be our flawed, obnoxious brand of baseball. The game would belong to us again, finally be rooted back in a sense of place in a way that it hasn’t in decades. The clash of our appointed avatars would represent us not because of who paid for their field but because they would represent that city’s work, and vision, and strategy.

Democratic baseball would be stupid. It’d also be a lot of fun.