Clayton Kershaw just walked his seventh batter of the season:

I'll note right up front that Clayton Kershaw has received dozens, scores, maybe hundreds of favorable calls this year. I'll note here also that even if he'd gotten strike calls on some pitches he deserved, he might still have walked the batters–one strike being, generally, not enough to end an at-bat. Now I'll note for the rest of this piece that HEY UMP QUIT SCREWING US OUT OF ALL SORTS OF CLAYTON KERSHAW RECORDS. 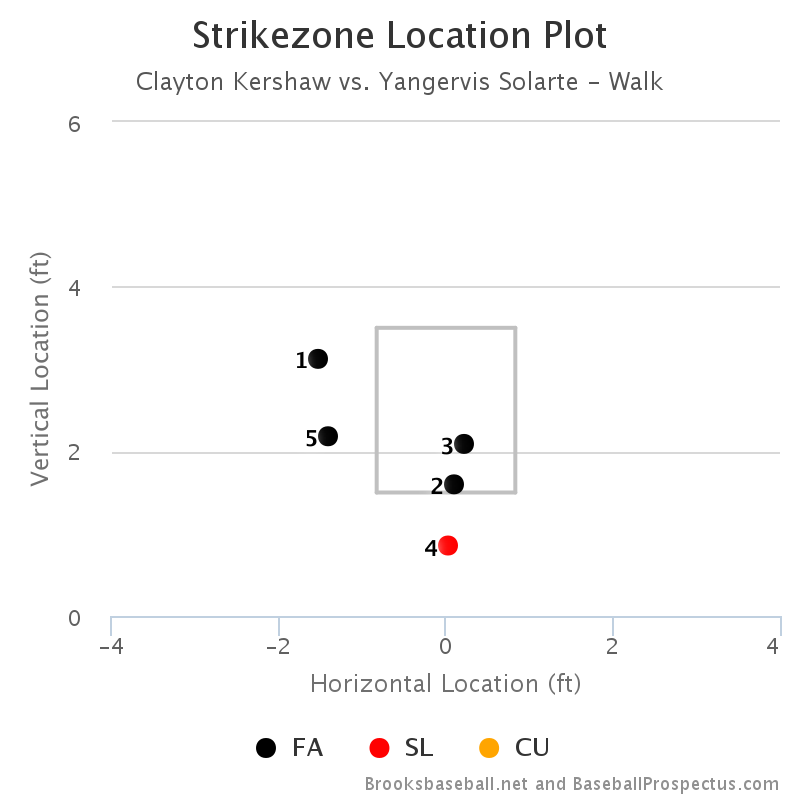 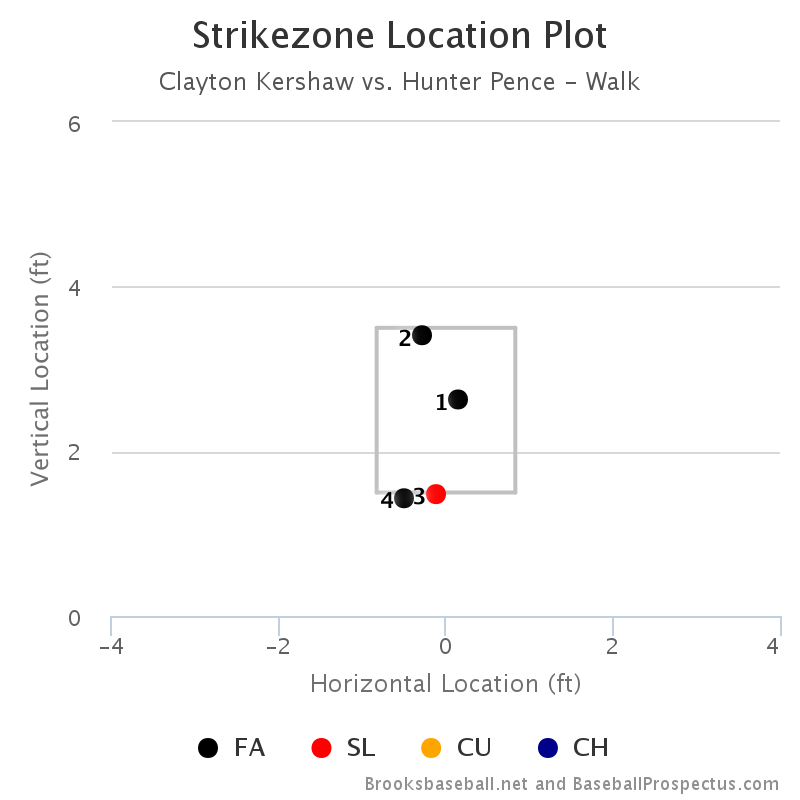 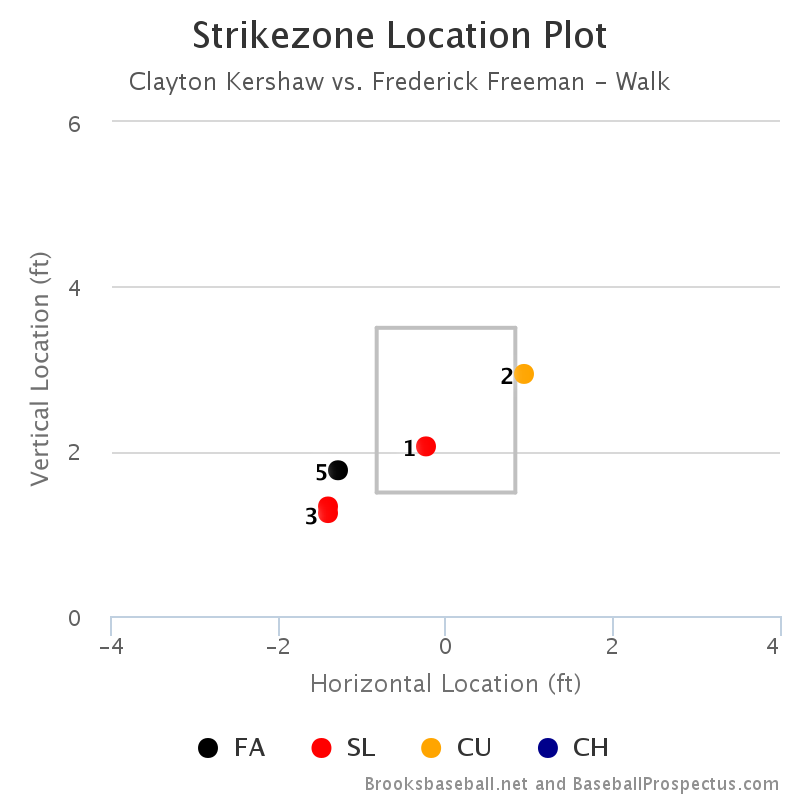 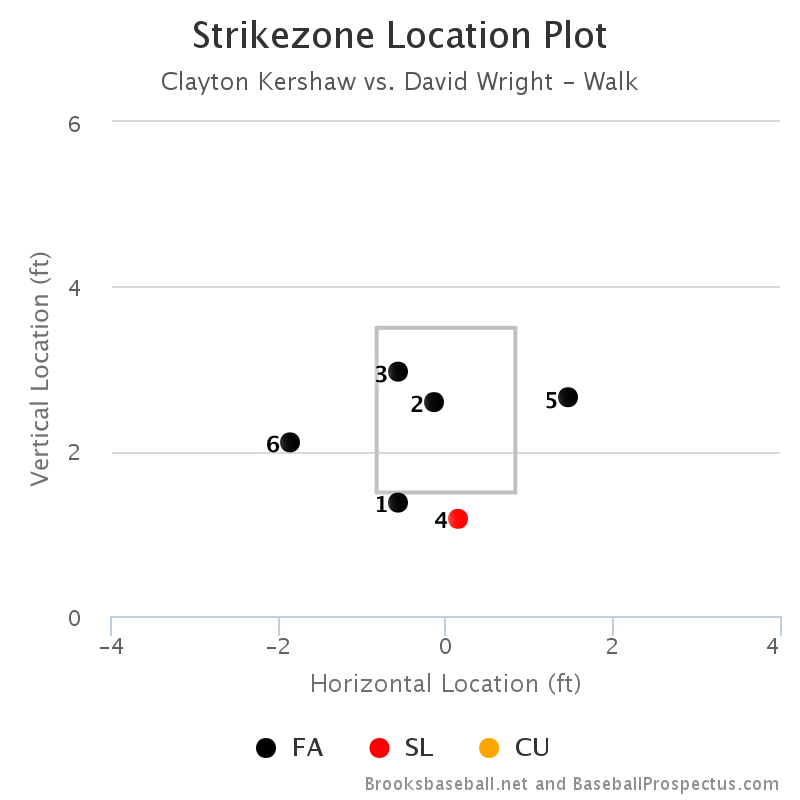 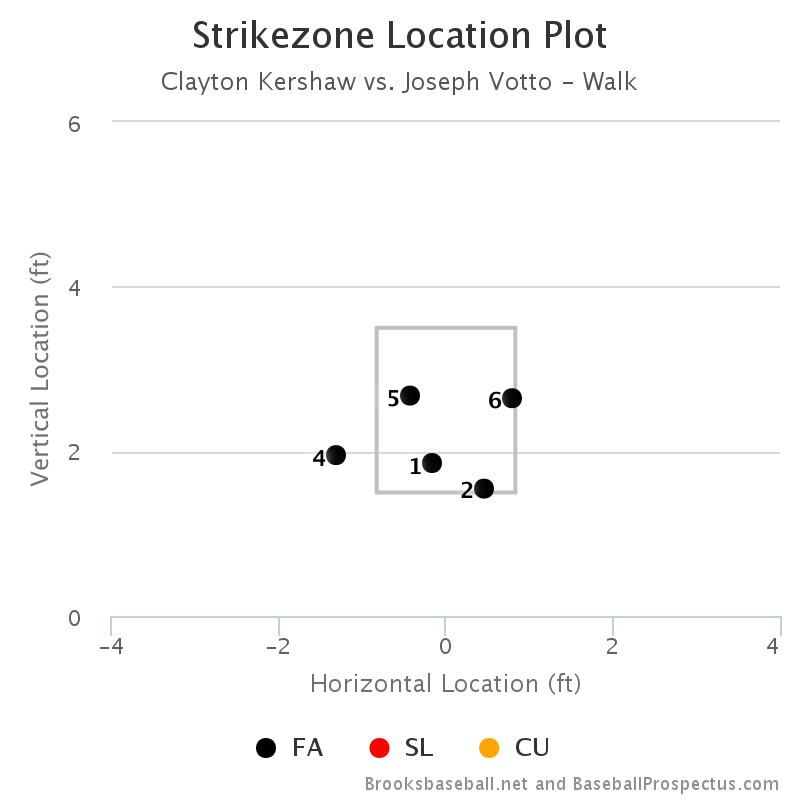 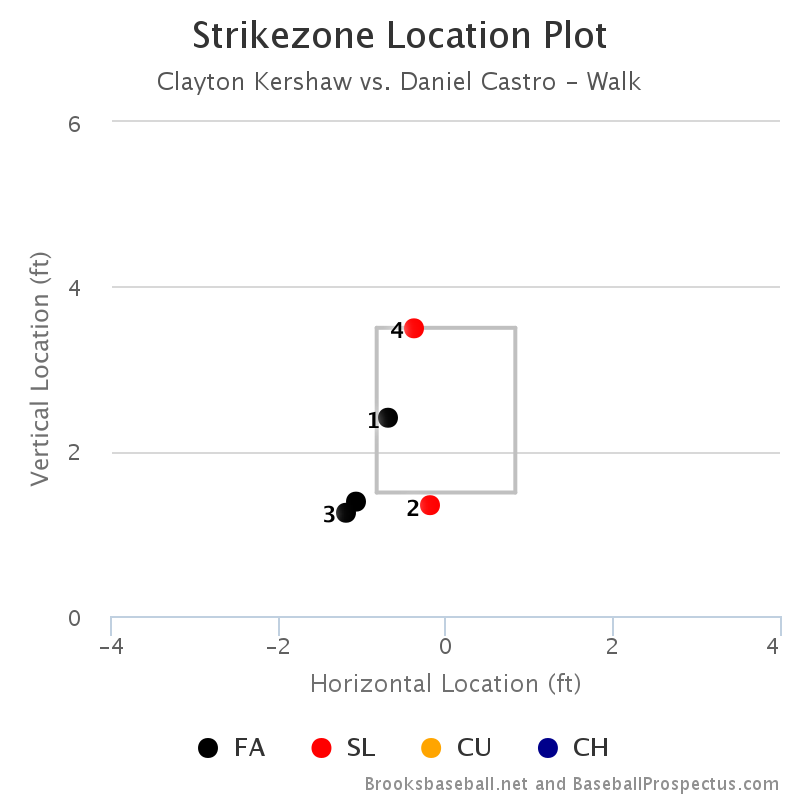 So, in only two of his six walks before today did he actually throw four pitches that a typical ump would call balls. My guess, which we'll know the answer to tomorrow, is that this tally didn't change today. Seven walks is too many. Be nicer to Clayton!

UPDATE: Ball four to Yasmany Tomas is a strike 98 percent of the time. 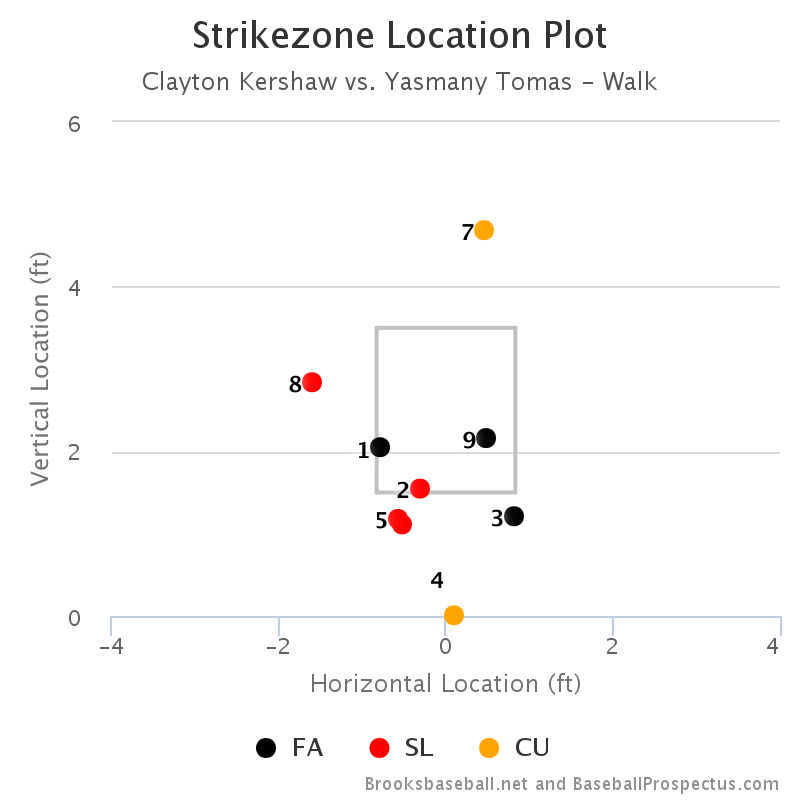