It’s difficult to imagine the barbarism of our own childhood: the technological advances we hadn’t yet learned to need, the inefficiencies of our young lives. For my generation, it was an era of World Book encyclopedias, of wall-mounted telephones and Adrienne Rich poetry and travel alarm clocks. One wonders how we survived.

Nowhere was this more true than in the realm of video games, and particularly the baseball video game. Today we are blessed by the technical and design marvels that are The Show and Out of the Park Baseball, a true golden age of the genre. Thirty years ago we had to resort to cruder, more symbolic representations of the game: one where all nine fielders moved in parallel with the pull of the joystick, of disembodied floating bats spinning to hit baseballs that were actually four-pixel squares. And yet we enjoyed these diversions; they were, in some way, a test of skill, a tiny inclusion into the sport we loved.

But there was one game, one part of a game, that is universally reviled by those who remember it. Created in the late '70s and originally housed on enormous, room-wide mainframes in university basements, the game had no pictures: it was only a series of lines of text, followed by a blinking cursor that allowed the player to describe what action to take. It was eventually repackaged in the dawn of the home computer era, and sold nearly half a million copies, despite bearing the strange title: Zork. 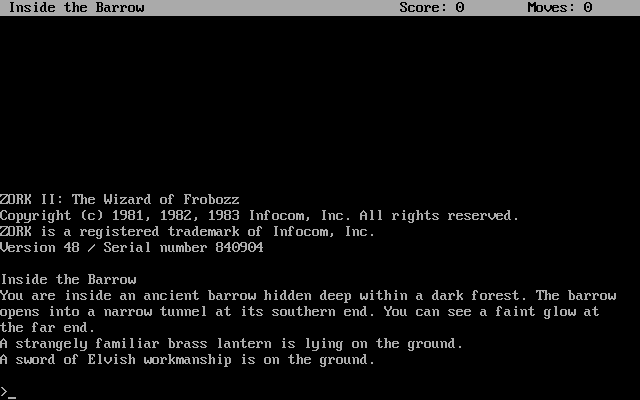 Zork is not about baseball. It is a game about exploring a cavern, collecting treasures, and avoiding the usual humorous and cruel adventure-game deaths. But based on Miller’s Law of Baseball Movies, we can extend Baseball Status to its sequel, Zork 2, for its use of a single infamous puzzle.

Halfway through the game, the player descends into a place called “The Oddly Angled Room.” It is a maze, a standby for text adventure games, and yet this is no average maze. Seemingly every direction leads the player back to his original location, a non-descript spot with a darkened diamond on the ground and a clue:

A LONG WOODEN CLUB LIES ON THE GROUND
NEAR THE DIAMOND-SHAPED WINDOW. THE CLUB
IS CURIOUSLY BURNED AT THE THICK END.

>EXAMINE CLUB
THE WORDS "BABE FLATHEAD" ARE BURNED
INTO THE WOOD.

What results is perhaps the worst early puzzle in early interactive fiction, one for which designer Dave Liebling spent the rest of his life apologizing for on Usenet forums. In reality, it only takes four moves to solve (THIRTY-FIVE YEAR OLD GAME SPOILER ALERT): starting at “home plate” (though the starting window is shaped like the rest of the bases) the player simply needs to move southeast, northeast, northwest, and southwest again. Once this is complete, a door opens and the player progresses.

Why would they do this, though? Even if they visualized this darkened, underground cavern as the setting for a baseball diamond, even if they equated the “burned club” as a baseball bat and not a torch, even if they realized that they were meant to run bases, noticed that the diamond-shaped windows glowed sometimes and that this glowing denoted progress, even if they figured all this out… why would they go southeast?

One of the less-quoted rules of baseball suggest that fields be oriented easterly, to avoid the afternoon sun. Craig Robinson of Flip Flop Fly Ball revealed that this concept is a little less uniform in practice. 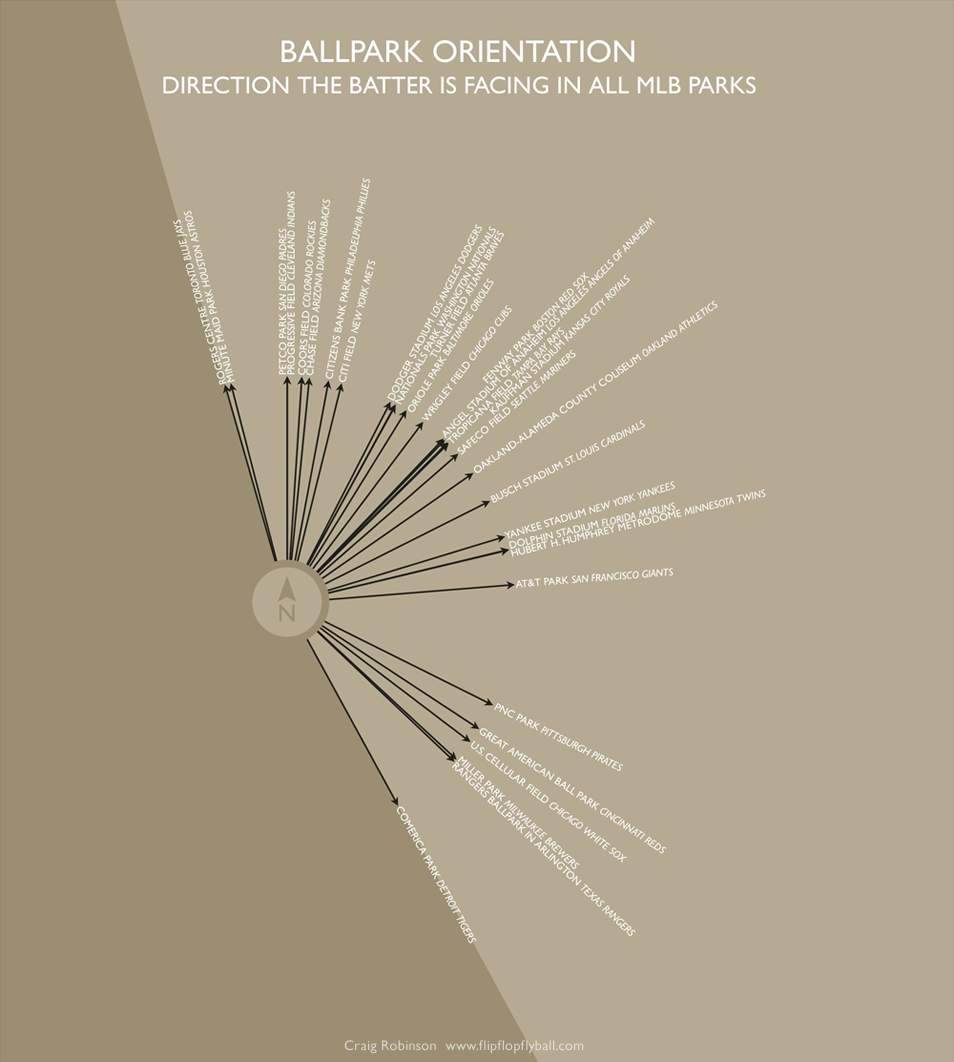 The Atari baseball game that George Plimpton spat upon, the early NES Baseball where a runner could go from third to home faster than a catcher could throw to second and back: These are essences of joy compared to the Oddly Angled Room. It’s no wonder that the nerds rose up to destroy baseball with their numbers.

You need to be logged in to comment. Login or Subscribe
Oleoay
Hunt The Wumpus
Reply to Oleoay
tnt9357
Link to Leibling's apologies? Google has archived those groups.

(As I get older, my crankiness seems to manifest itself in odd ways, and this article and The Great Pop-Up Slide Injustice both make me cantankerously demand actual evidence of what the article asserts. Crazy, I know!)

I personally loved this puzzle, and Zork II in general over Zork, simply because it didn't have a maze that made no directional sense.

Now remembering to feed a dog a cheese sandwich early in a game, lest you get eaten by it later when you travel with a microbial fleet, or trying to kill an assassin while standing on a 1950's rocket ship. *Those* were BS! :-D
Reply to tnt9357
euqubudhp
You can find one example here: http://www.xyzzynews.com/xyzzy.8d.html

Remain cranky at me, though, for misspelling Lebling's name.
Reply to euqubudhp