The Tuesday Takeaway
James Shields added another chapter to a sadly long story of soul-crushing outings Tuesday—his fifth career game with 10 or more runs allowed, tying him for the most of any pitcher since 1940, as BP author Aaron Gleeman pointed out on Twitter. The first and second innings began by following the same pattern, with Shields getting two quick outs to start each one before falling apart as he let walks and singles pile up. At the end of the second, though, the pattern broke, as Kyle Seager introduced the first piece of power to the game with a three-run homer, and things only went downhill from there.

After another three-run homer in the third, this one courtesy of Seth Smith, it was time for San Diego’s bullpen to take over with Seattle up 10-0. This did nothing to help matters for the Padres, as the Mariners’ dinger deluge only continued. Franklin Gutierrez, Seth Smith again, Adam Lind—home runs all, pushing the score to 16-0 after the fifth inning as Hisashi Iwakuma locked down San Diego’s offense.

It would have made sense for the Padres to wish for a mercy rule at this point, but if one existed, we’d all have been robbed of the bright spot of the later innings—not the home runs of their own that San Diego tacked on the board, but the font of joy and weirdness that is position players pitching. In the eighth, the Padres let Christian Bethancourt take the mound, and he was… not bad.

There was a fastball that sat mid-90s and touched 96…

and there was also an eephus, coming in at 54 mph.

Perhaps not quite good enough to make you forget he’s a position player—there were also two walks and a hit batter, meaning that Bethancourt left the bases loaded for fellow position player Alexi Amarista, who successfully got out of the jam—but good enough, at least, to make sticking around for the blowout worth your while.

Quick Hits
It’s been nine months since the Cubs lost a regular season game that featured Jake Arrieta. The time since has featured 23 victories, two no-hitters, 167 strikeouts and just four home runs. But as of Tuesday, the streak is over, merely tying a major-league record. The team finally lost a game started by Arrieta—though the lesson here isn’t so much that even the great ones falter once in a while as it is that sometimes, being yourself just isn’t enough. Arrieta did more than his fair share to contribute to a Cubs win, striking out eight in seven scoreless innings. But Scott Kazmir matched him with six scoreless frames and seven strikeouts of his own, and the Cubs bullpen couldn’t hold it together as the Dodgers took the game, 5-0.

Mookie Betts started his night with a solo shot to center. In the second, he added a three-run homer to left. And after lining out in the fourth—something had to happen to keep him humble, after all—he tacked on another homer, this one to right to prove that he’s an equal opportunity guy when it comes to where he puts his dingers. If being the first leadoff man to hit three home runs in franchise history wasn’t enough for him, he also came out of nowhere for an impressive diving catch later in the game, just for good measure. The Red Sox made sure his night was not for naught, beating the Orioles 6-2 in Eduardo Rodriguez’s return to the rotation.

The White Sox did not have a particularly fun Memorial Day weekend, collapsing late against the Royals three times in a row before playing the supporting role yesterday in Matt Harvey’s rediscovery of his old self. But with the long weekend over, the South Siders’ seven-game losing streak is, too. Down 4-0 after the third inning—courtesy of a pair of Todd Frazier errors, along with a Neil Walker home run—the White Sox managed to come from behind for the victory over the Mets. Chicago took advantage as Steven Matz began fading in the sixth, starting with Frazier redeeming his earlier errors via a two-run homer. The seventh featured an unusual challenge from the Mets bullpen in the form of Noah Syndergaard, working in relief after being ejected early in Saturday’s start and giving the White Sox an offering not quite typical for the seventh inning—nine pitches over 100 mph. 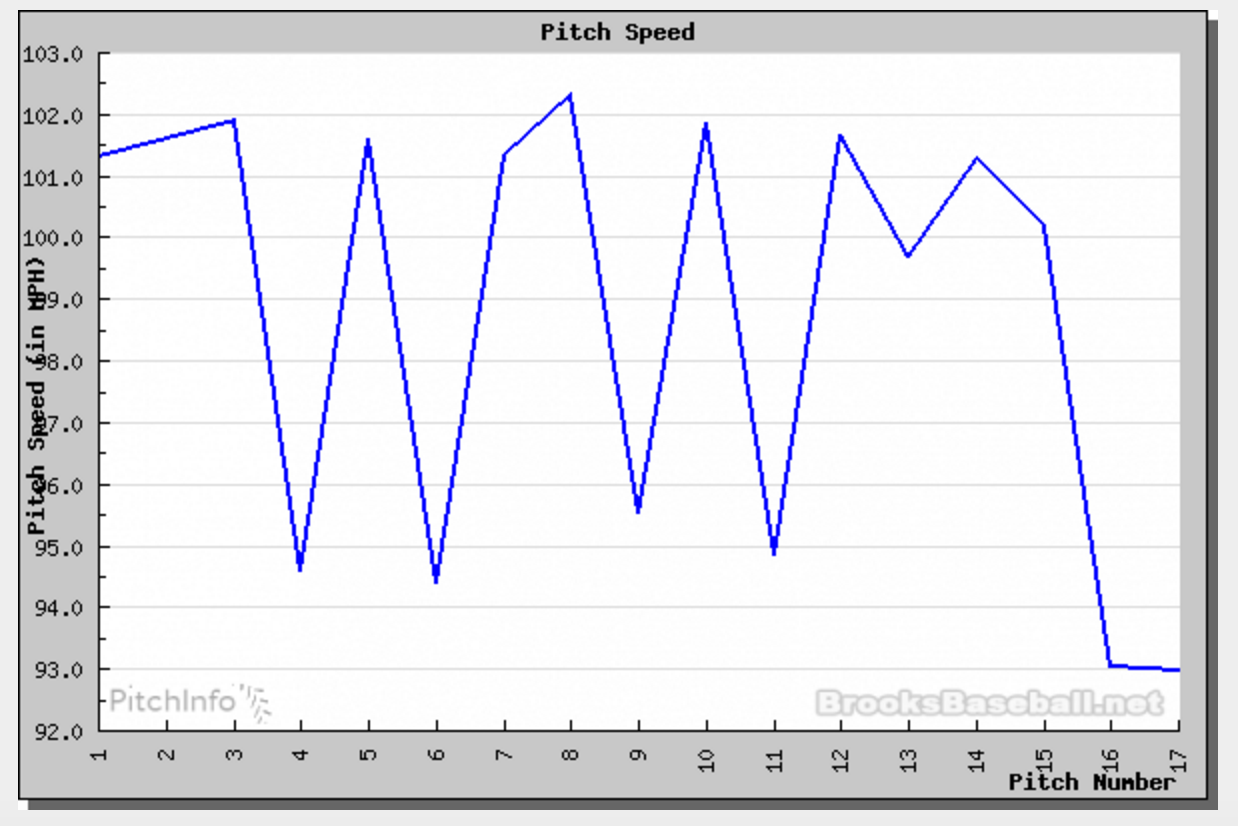 But with Hansel Robles pitching in the eighth, the White Sox rallied for the 6-4 win, putting three on the board, two from a Tyler Saladino home run.

Defensive Play of the Day
Down 1-0 to the Yankees in the fourth, Kevin Pillar showed off his range and his diving skills to rob Austin Romine of a hit. Toronto broke the game open after CC Sabathia was pulled in the seventh to get the 4-1 victory.

What to Watch on Wednesday
As the Rangers have won four in a row, the Mariners have relinquished their spot atop the AL West—but after Tuesday’s win, they sit just half a game back and will try Wednesday to do their part to reclaim first place. Though Felix Hernandez was originally scheduled to start against the Padres, James Paxton was scratched from his start in Triple-A Tacoma to be called up, suggesting that he’ll take the mound for Seattle Wednesday night instead. King Felix, of course, has caused concern with some performance that’s not so kingly, with decreased velocity and career-worst marks in strikeout and walk rates, along with a 4.25 DRA. Against the hapless Padres, however, it might not matter much which Mariner starts.

After debuting this season with a few shaky performances, Michael Fulmer has found a way to make things work in late May. In each of his last two starts (including his 11-strikeout gem a week and a half ago), the Detroit rookie has gone seven innings or more and walked just one, holding the competition to one run or none. He takes the mound at 7:05 PM EST against the Angels as the Tigers try to stop a four-game skid.

After Bethancourt lobbed the slow-ball in for a strike on the 2-1 pitch to Smith, Sanchez called for the heater on 2-2. Bethancourt shook Sanchez off and threw an even slower slow-ball, and that's the one that "hit" Smith in the shin-guard.

Epilogue = When Andy Green went out to pull Bethancourt after the Smith HBP, the announcers felt the need to explain that Green was doing so not as punishment for Bethancourt's boldness in throwing consecutive slow-balls, but rather because Bethancourt was approaching 30 pitches in the inning, and Green didn't want to risk injuring him.
Reply to mblthd