On August 30, 2015, Jake Arrieta threw his first career no-hitter against the Los Angeles Dodgers. On September 1, 2015, liking Arrieta quite a bit, and bobbleheads more, I set up an eBay email alert for “Jake Arrieta Bobblehead.”

Arrieta does not yet have a major-league bobblehead stadium promotion as either a Cub or an Oriole. His likeness was committed to tiny, plastic form with the Bowie Baysox, the Orioles Double A affiliate. The National Bobblehead Hall of Fame (!!) commissioned one in honor of his first no hitter, but is only available in limited quantities on the NBHF’s (??) website.

Arrieta bobbleheads are, then, like gold or rare gems or a warm coat on a cool winter’s night: precious. What started as an idle curiosity became a study in a previously unconsidered market. This isn’t what is normally referred to as science, or even economics. It isn’t even terribly precise. It just sort of… bobbles. 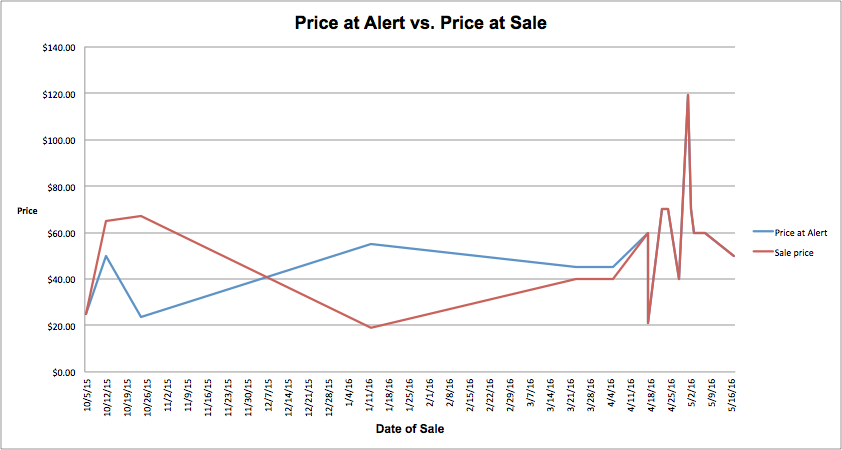 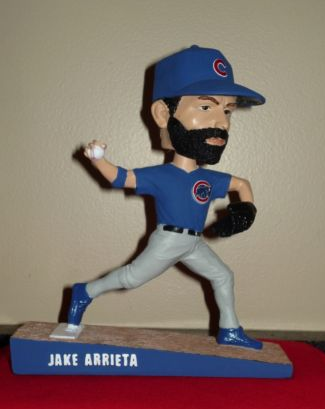 So what have we learned? Bobblehead markets are inconsistent in their pricing efficiency and transparency, for one thing. I almost certainly need other, better hobbies, for another. And perhaps most importantly, get you a Jake Arrieta while you can. He almost certainly won’t come at a discount.

You need to be logged in to comment. Login or Subscribe
paulcl
I think we need full disclosure here: how many of the 18 Arrieta bobbleheads sold were bought by you?

Reply to paulcl
megrowler
None, actually, although it is a fair question. I was tempted but found it distracting that the picture they used on the box for his minor league bobblehead makes him kind of look like Trevor Bauer.
Reply to megrowler
jnossal
Are bobbleheads uniquely known for their discretion? True, I've never known one to blab indiscriminately, they mostly just give you a subtle nod now and then.
Reply to jnossal
megrowler
Blargh. Thank you. That's fixed now. Although they aren't chatty, so maybe it's both?
Reply to megrowler