Stop the presses! Last minute upgrade! We have a new prize to announce for the winner! Deadline is Tuesday, April 12, 2016, at noon Pacific. 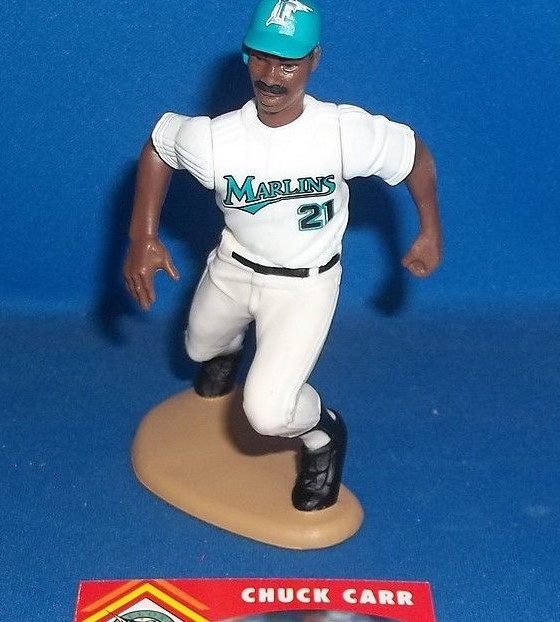 HACKING MASS, our competition to pick the least dangerous hitters and least effective pitchers in the majors, returns for the 2016 season! You can field your team and put yourself in the running for $100, a lifetime Baseball Prospectus Premium subscription, or one of nine one-year BP Premium subscriptions by clicking here. Registration is open to anyone with a Baseball Prospectus account, including Basic accounts, which are free to create. You'll have a full week to enter (the deadline is April 15, 2016, at midnight PST), but it's easy to change players, so feel free to go all in on Freddy Galvis on the entry form today, then switch to Adeiny Hechavarria Monday morning. But once the deadline arrives, partial teams will be dropped and new entries and changes will no longer be allowed.

You can access HACKING MASS rules and results from previous seasons here, but we'll also paste the instructions below. Have fun, and may the worst teams win.

HACKING MASS is a contest to try and predict the worst/most offensive players in the upcoming season. HACKING MASS stands for Huckabay's Annual Call to Keep Immobility Next to Godliness: Maximus Aggregatus Stiffisimus Sensire.

Your 10 players will be:

Simply pick the players who you think will be the stiffest at each position. A team's aggregate stiffness is measured by summing the ESPN (Exuded Stiff Points, Net) of all of the players on your team. We've updated the scoring logic since the last HACKING MASS competition to better fit the times, so for hitters, ESPN is 0.721, minus his OBP, minus his SLG, and multiplied by plate appearances—i.e., (.721-OPS)*PA. For pitchers, the formula is the pitcher's ERA, minus 3.96, times his innings pitched, divided by three, or (ERA-3.96)*IP/3. This results in similar Stiffness scores for the firmest hitters and pitchers. Where do these values (.721 OPS and 3.96 ERA) come from? They're league-average values from the previous season.

In each case, it isn't enough for a player to simply suck; somehow the Stiffest of the Stiff must find a way to remain in the lineup or rotation. Possession of incriminating photos of managers and GMs, telekinesis of ink onto lineup cards, large contracts that need justification, and ties to the underworld can all be important attributes of your players besides their lack of hitting and pitching talent.

Create or edit your team today!

* One entry per person.

You need to be logged in to comment. Login or Subscribe
oldbopper
Where is my favorite pitcher? Alfredo Simon. I searched and searched and never did find.......
Reply to oldbopper
BurrRutledge
I also wanted Simon. And also considering Francouer.

I'm playing this season under protest.
Reply to BurrRutledge
mcquown
Opening Day Depth Charts are used for final player list. They are now updated. Please be sure to check your rosters, everyone!
Reply to mcquown
deeswan
Chuckie doesn't take on 2-0. Chuckie's hackin'." - Chuck Carr two days prior to being released by the Milwaukee Brewers
Reply to deeswan
jtwalsh
One of my favorite baseball quotes. I "Chuckeled" when I saw the grand prize
Reply to jtwalsh
boatman44
Would just like to know how many death threats you have received ,via twitter, from irate from Royal's fan's, you may have received, Rob ;0
Reply to boatman44
mcquown
I've been hoping for some steaks or BBQ to influence my choices - but sadly, none of those, either.
Reply to mcquown
BillWW
When will the rosters actually be frozen?
Reply to BillWW