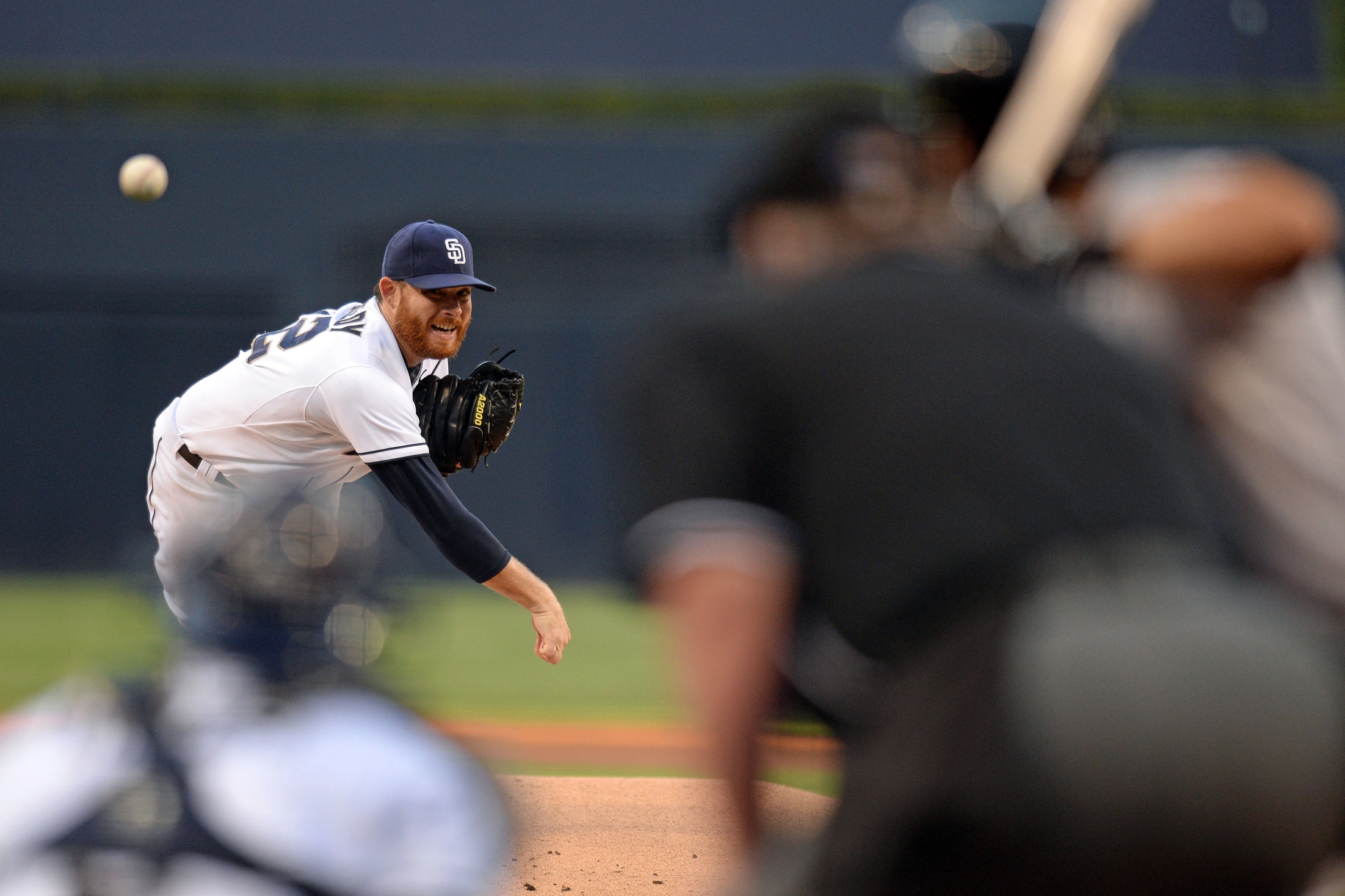 As the 2016 BP Annual hits the shelves, the worst-kept secret in baseball will be revealed: Baseball Prospectus still hates the Kansas City Royals. Or, at least, hates their big free agent acquisition, Ian Kennedy. Famously projecting Kansas City for a fourth-place finish in 2015, the algorithm-slash-brand's Royals projections will be particularly scrutinized this winter. Kennedy's 4.60 DRA projection will look like a poor return on a $70 million-plus-one-draft-pick deal, much to the southern Midwest’s chagrin.

PECOTA is as skeptical of Kennedy as it was last year of Lorenzo Cain, and Mike Moustakas, and Edinson Volquez, and Wade Davis, which might have led some to be equally skeptical of PECOTA. “That’s why they play the games,” one will often hear, as if there are people who are frustrated by this rejoinder, who wish that they didn’t have to play the games. Games will, rest assured, be played.

When they do, I hope that Ian Kennedy plays poorly.

I don’t dislike Ian Kennedy. I know nothing about him as a person, nor do I wish to; he has no legacy of misdeeds or hatefulness, and he makes less money than the corporate entity that pays him. I don’t even particularly dislike the Royals, who play an energetic, pleasant sort of baseball. I’m comfortable rooting against Kennedy in that I’m assured that doing so has no effect on him whatsoever. Residents of Cleveland, Detroit, Minnesota, and Chicago will bear him far more active ill will.

The problem is this. We’re a hero-worshipping culture; we love it when people rise from humble beginnings, pull their bootstraps out of the ashes, and surpass expectations. But in order to do this we need expectations. And every time something happens that doesn’t make sense, it tears at the fabric of the nonheroic that we use to distinguish the hero. We can survive the occasional Trevor Cahill, or even a Jose Bautista, but too many and we lose the sense of wonder entirely. Baseball needs to make a certain amount of sense if we're to appreciate its outliers. It needs to be at least a little predictable.

This is not to deify PECOTA or other projection systems; they’re wrong plenty. But to say “we can’t know anything” before the first pitch is to render half the year, half the sport we love, null. The anticipation is perhaps its finest aspect. So perhaps we’re all wrong about Kennedy. Ideally, if we are, it’s because someone smart figured something out that we can someday learn, and not just because there is nothing to learn.

In the meantime, the success of Ian Kennedy diminishes all other success through its randomness. If I have to root for one side, I’ll root for the rest of us.

You need to be logged in to comment. Login or Subscribe
reid82
I disagree with the premise that Kennedy's success would be random and reduce the ability to predict what is going to happen in a baseball season.

Kennedy succeeding would just be another sign that PECOTA needs to become better at predicting the effect a great defense, and HR-depressing ballparks, have on a pitcher's actual performance.

It's not like he would be the first Royals SP to perform much better than expected due to these factors... he'd actually just be the latest in a long line of flyball pitchers to outperform projections due to the factors listed above.
Reply to reid82