As we prepared for Catchella, I spent a fair amount of time sifting through the data—65 years of it, to be exact. There are many stories and analyses to run, but there are just a bunch of fun things that I noticed while playing in the sandbox.

Brad Ausmus is one of the most durable and valuable receivers on record: 1st in blocking runs, 2nd in framing runs, 11th in throwing runs, 1st in total runs…suddenly on the fringe of the Hall of Fame. Is he more Mark Belanger or Ozzie Smith? Either way, the man managing the Tigers these days hasn’t completely given up the tools of ignorance. 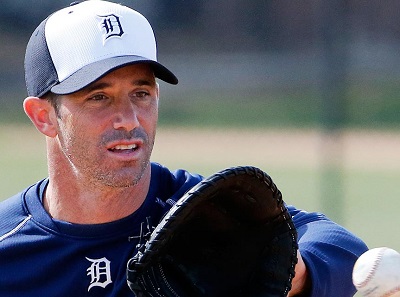 Yogi Berra was truly an all-time great behind the plate. We don’t have the benefit of framing data until 1988, but Yogi clearly stands out among his contemporaries. Our swath of Yogi data begins one season before his first of three MVP awards. He continues to show up at the top of the leaders for blocking and throwing into the 1960s—an incredible feat of longevity and quality. Of all catchers who played their entire career before 1988, Yogi ranks #1 in blocking and #3 overall. 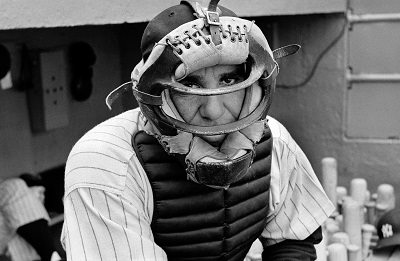 Tony Pena, Sr., was not an impressive blocker, but framed and threw well, often from the splits. Just look at this stance, which made him one of my favorites. 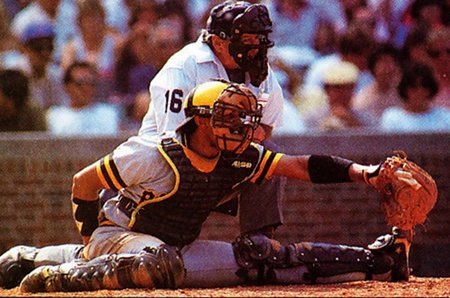 Unfortunately we don’t have a full record of his framing, but what we do have is impressive.

Here’s our second draw from the "Hey, That Hall of Famer Was Good" section. Gary Carter was a dominating force. We only get the tail-end of his career for framing, but it’s clear from that alone that he was a master of his craft. 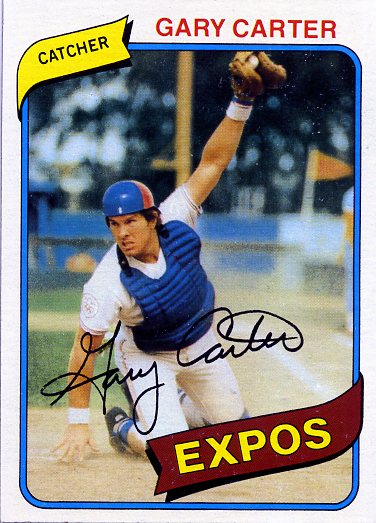 Source: Someone scanned a Topps card, what does it look like?

A thought on aging. Our research to date (to be published at another time) shows that framing (or anything else catching-related) doesn’t age particularly well. The records of Pena and Carter are that much more impressive when you project a reverse aging curve—something we’ll play with for fun sometime down the road.

On that note, I wish we had more Johnny Bench. The only subject of this article who is immortalized on men’s hosiery, this legend is considered the father of modern catching. 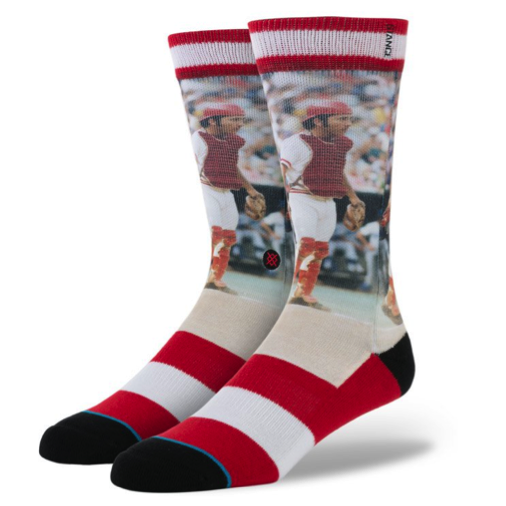 We have no record of his framing skills, which is a drag. But, my goodness, did he put a wet blanket on the running game.

P.S. The socks are very comfy

Jonathan Lucroy may have been the hidden MVP in 2011, putting up the best framing season we have on record. He followed up with a few more strong years, but his decline from Unreal to Very Good was thrust all the way down to Average in 2015 by hamstring woes. Will he bounce back? 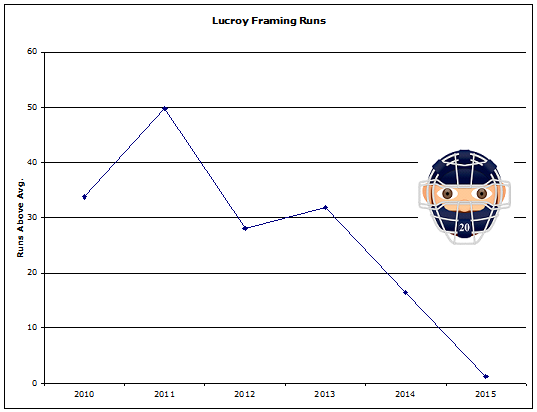 Erik Kratz doesn’t quite have the top total for minor league careers (that goes to Roberto Perez) but he has the distinct honor of being the top framer, and has 11 years of minor league data behind him. He’s my nominee for the Mike Hessman Award, Catching Division. 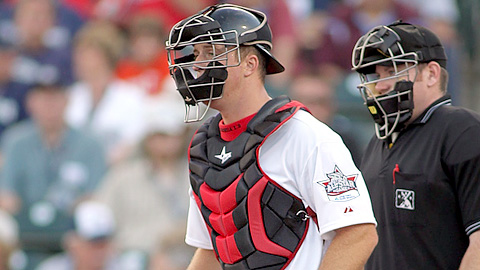 He’s acquitted himself nicely when given the chance in The Show and has passed the 100 run mark as a pro as a result.

Daniel De La Calle was born in Cuba and raised in Florida. He was a Johnny Bench Award Semifinalist in 2015 for Florida State. Drafted by the Rays he quickly went from college to pro and was the best framer in the short-season NY-Penn League last summer. He also scored well in blocking and throwing. Alas, he hit just .164. 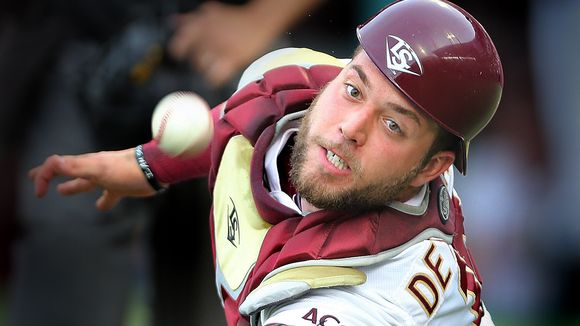 There are five Molinas in our catching dataset. Three are brothers, two are unrelated. You can never have too many Molinas, no matter the relation.

Jose Molina is Framing Jesus. Yadier Molina is certainly no slouch and his complete package trumps them all. Bengie Molina takes after Jose, and you can see that Gustavo Molina and Izzy Molina simply do not have the framing gene.

You need to be logged in to comment. Login or Subscribe
gilpdawg
Is something wrong with Ausmus' player card? It's showing 0 fielding runs from 1998-2003.
Reply to gilpdawg
harrypav
the data is still funneling its way through, everything back to 1970 should be online later this afternoon, with updates flowing all day
Reply to harrypav
gilpdawg
Ah! No problem. Just making sure something wasn't busted.
Reply to gilpdawg
gilpdawg
Great stuff, by the way.
Reply to gilpdawg
brownsugar
I like the scanned baseball card of Gary Carter. Consider this one vote for making all future photos of players be a scan of one of their baseball cards.
Reply to brownsugar
jwbbslo
Harry
Great service to the catching community. Greatly heightens people's awareness.
Jerry Weinstein
Reply to jwbbslo