Actually, putting aside the wanton misapplication of PECOTA comps, it probably won’t. Crawford was two years away from free agency, so the Giants absorb some extra, technically unnecessary risk, but in exchange they’ll ask him only to produce a win and a half or so a year. He has never (by WARP) produced a season so poor, and a shortstop who can field almost can’t produce a season so poor. Defense doesn’t age well, but Crawford starts from such a high point: He finished second in Fielding Bible voting this year, and but for the presence of the greatest shortstop since (at least) Ozzie Smith we might be calling him the best defender alive. Good move.

What’s fun is that Brandon Crawford has become a player for whom a $75 million commitment is something of an easy call. When Crawford joined the Giants in 2011—and, for some time after that—he was most notable for being able to do trick fielding plays in batting practice.

Really, that was his signature. He was a good defensive shortstop who could do tricks in batting practice but not hit. His averages were low, his walk rates just passable. He’d hit a home run every once in a while, but not nearly as often as he’d do a trick play in BP, let me tell you.

The averages never changed. The walk rates stayed where they were. But his True Averages kept climbing:

As far as hitters' developments go, this is a fascinating one. Guys get better; they see the ball better, they learn to control the strike zone, they simply have a monster season. Crawford didn't so much get better as he got much better at exactly one thing. Specifically, he learned to hit for power, and more specifically, he learned to hit for power on the outer half of the plate:

And, uncoincidentally, he got more power to the opposite field:

This marks the payoff of years of promises that Crawford had fixed the various mechanical problems with his swing (bars his arm, tends to get too drifty, hands too high, hands not high enough, hands drop, shoulder opens up, etc.) or worked with the right hitting coach (mostly Hensley Meulens but occasionally Barry Bonds). Here's the final product; the swings on the left produced a double the other way in 2014, while the ones on the right produced a double the other way in 2015: 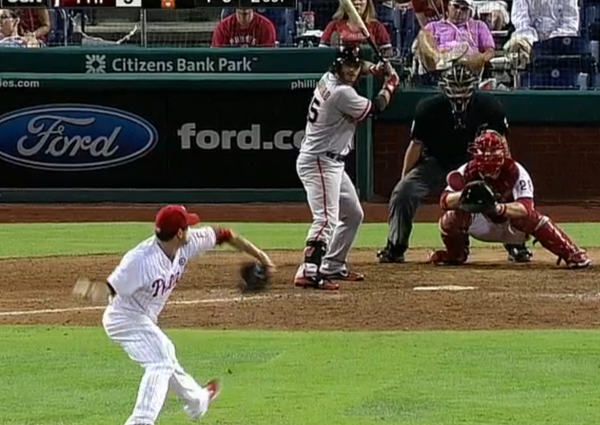 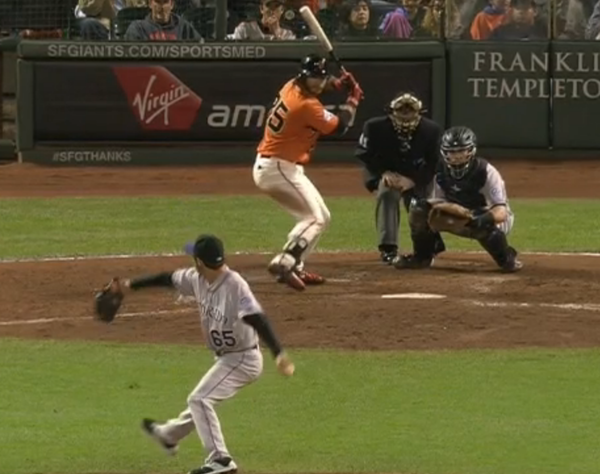 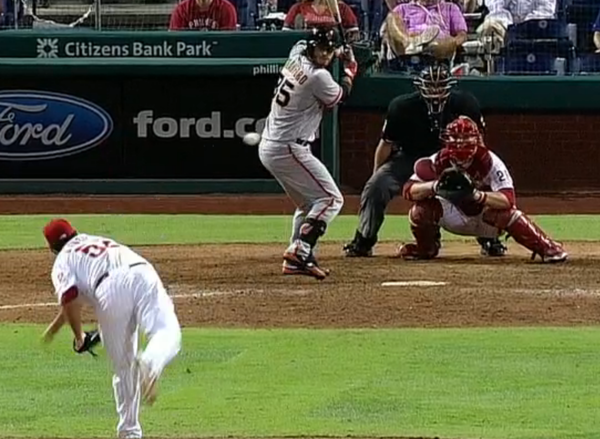 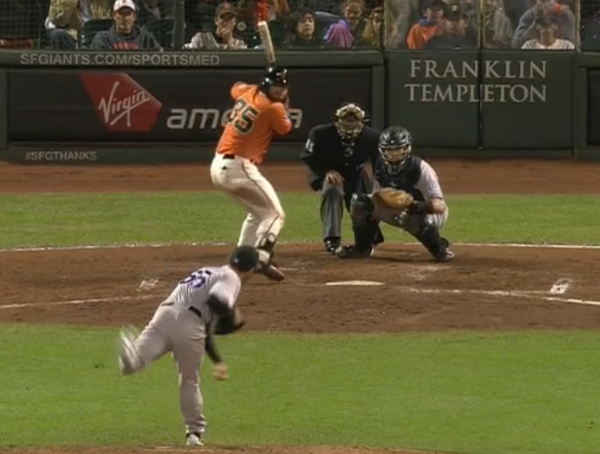 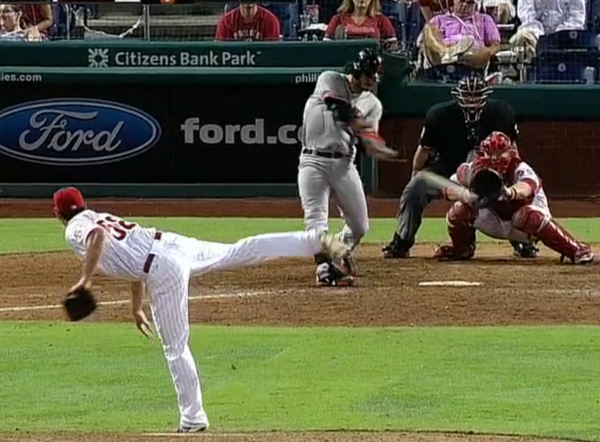 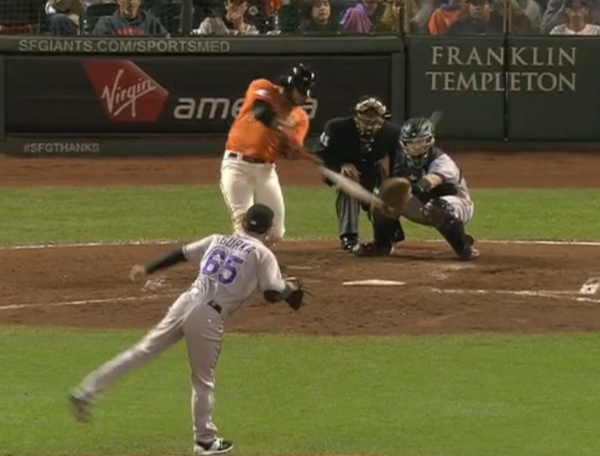 We run into this problem with every player who signs a contract after showing lots of growth. Is a player who goes 5, 10, 15, 20 more likely to go 25 next (the trajectory model) or more likely to go 15 next (the regression model). If you like the trajectory model, and you see Brandon Crawford as having reinvented himself, of having finally unlocked baseball, then this is one of the best players in baseball, an elite shortstop who outhit every qualifier at his position last year. PECOTA prefers regression, and will say that Crawford's mostly what he's always been, which is better than what we once thought he was. The Cal Ripken comp will be the outlier. Put PECOTA's hand to a stovetop burner and it'll probably admit that it thinks Crawford is more like J.J. Hardy, a guy who was an elite defensive shortstop at Crawford's age and showed more power than most shortstops do (and who has shown up high on Crawford's comps in the past). Hardy's wasn't an MVP-caliber package, but it was worth 3 wins a year until decline eventually hit hard. The Giants would take that.

The last guy I can think of who posed such a difficult "regression or trajectory" question might have been Yadier Molina, a strange comp for a shortstop but maybe the best one. Like Crawford, Molina was an exceptional defender who couldn't hit. When he did hit, it wasn't just that he was finally aging into his peak years; it was that he outhit all expectations that anybody might ever have had for him. It seemed real. It lasted three years. Then the parabola started its descent, all the while age taking its toll on his defense, and now Molina's about a 1 1/2, 2-win player. That's probably not a bad guess for what'll happen with Crawford in this contract, and the Giants would take that, too. But everybody follows his own strange career. Comps can't always help.