Game 162 is great for finishing off loose ends. How many wins will a pitcher or a team finish with this year? Who will make the wild card play-in game? How would Ichiro do as a pitcher?

Let’s close out the season in style, with a scouting report for Ichiro’s performance on the mound against the Phillies yesterday. Two teams with disappointing regular seasons, well out of contention and with months of waiting around lying ahead of them, got a morale booster, along with all the rest of us who will not see our teams compete for the World Series. Suzuki surrendered one run on two hits in his one inning of work—but as always, the stats don’t tell the whole story.

Mound presence: This was a big moment for Ichiro. He’d been a pitcher in high school and had always wanted to pitch in a professional game—both in Japan and in MLB. He pitched to one batter at the 1996 Japanese All-Star Game, but this was different. This moment fulfilled a dream for him. Still, he showed a lot of frustration after surrendering his first hit, and batters sense weakness in pitchers with poor body language. He’s been around the game long enough to know that. 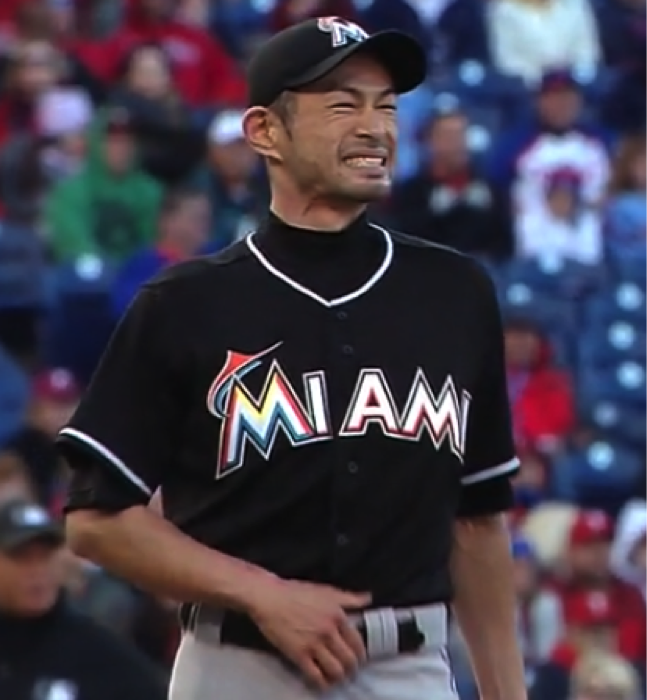 But he did back up third base on a throw from the outfield. And he shook his catcher off on several pitches, which is awesome.

Fastball: Remember, we’re judging Ichiro on the scale of position-player pitchers—not the pros. Ichiro’s fastball, which sat 86-88 mph, suffered from a fatal defect: It resembled a bad pitcher’s fastball instead of a second baseman’s “oh God I hope this finds the strike zone” lob. In his younger years, Ichiro likely could have held hitters off balance more with heat in the low 90s, but what showed up yesterday was something you’d more likely see from a failed ROOGY. The fastball got knocked around for two hits and a deep fly ball.

Secondary pitches: Ichiro showed off a breaking ball and a changeup, just like you’d want from any 41-year-old pitching prospect. The changeup didn’t look special, but click on through and get a load of the breaker:

I’m tempted to call that thing a curveball, personally. Given his low arm angle, it has an appropriate amount of topspin to go along with the considerable sidespin for a 10-4 curve. Ichiro used the pitch to get a swinging strike on Freddy Galvis and a looking strike one on Aaron Altherr. 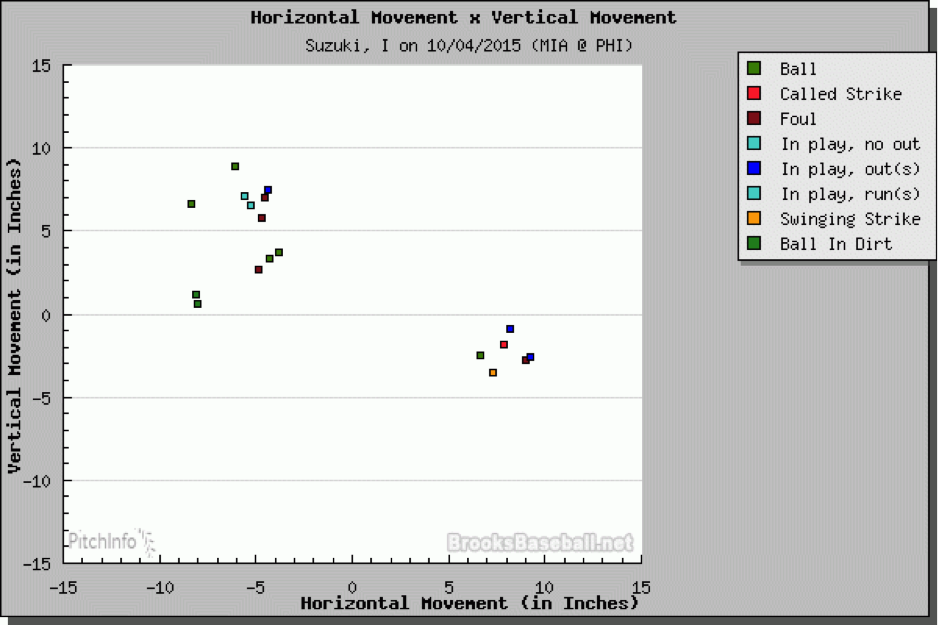 Command: Ichiro’s control was near-elite, with only one wild miss. Both of his changeups were in the dirt, but they were also in two-strike counts, so he executed the pitch he wanted. The command was spottier, though—especially with the fastball. The balls in play tended to be out over the plate a bit, although his breaking balls were very well located in the bottom third of the zone and below. 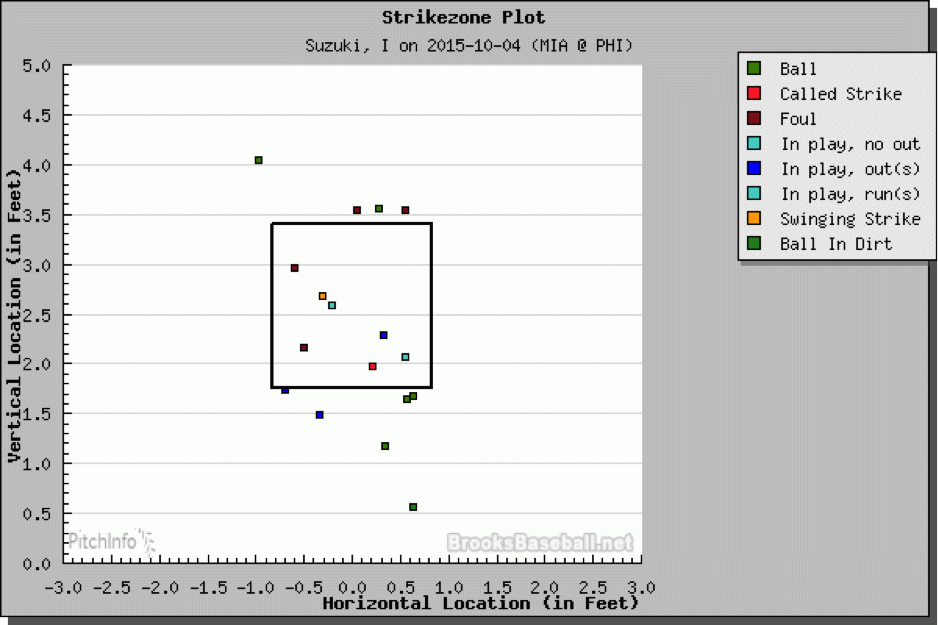 Mechanics: For a second, you thought you were seeing Yu Darvish out there, right? Compare: 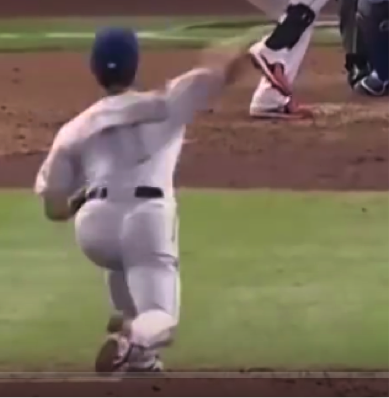 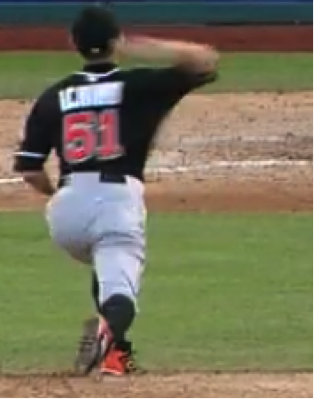 Yu abducts his shoulder a bit more than Ichiro does, giving him a slightly higher arm slot despite the solidly vertical posture. It’s more or less the same windup he’s had since his youth, so he’s had a long time to learn how to repeat the motion. It has the classic Japanese drop-and-drive flair to it and is able to generate pretty impressive stuff without overly straining an old man’s body.

Current/future: 60/50. Unusual for other position player pitchers, Ichiro probably has nothing left to project. Ten years ago, he might have even scored far higher—pushing the boundaries of what we could expect from outfielders on the mound. But he’s a bench player now, and the fastball doesn’t have the same zip. Still, that curve/slider/whatever is a joy to watch, and we’re all better baseball fans for having seen Ichiro fulfill one of his old dreams.

Credit where it's due: the Marlins have managed to keep the last day of a lost season memorable with pitching wackiness two of the last three years (Henderson Alvarez's walk-off no-hitter).
Reply to dethwurm