All right, Clayton Kershaw Day! Gonna be awesome! Best lefty in the game! Let’s do some research! Whoo!

Hey wait what are you

It’s true. As member of a team subject to the Great And True Rules of the National League, representing a more pure version of the game, Clayton Kershaw has to hit, most of the time. It’s never going to be part of his scouting report; he’s never going to make an all-star team on the strength of his bat; he’s probably not going to quit his day job.

There is a continuum of skill on which all pitchers reside. None of them would likely be replacement-level hitters, given a full year’s worth of reps (though I would be very interested in the success of some) but some are better hitters than others. This can be a useful skill, giving a team the extra chance of extending a rally or an extra bench bat, as the Cardinals would at times employ Jason Marquis.

But hitting ability is something pitchers can develop, if they choose. Kershaw’s pitching career took off in 2011, when he vaulted himself from a hyped, tooled-up young arm to the best lef-hander in the game. He started getting selected to All-Star Games, winning Cy Young awards, even garnering MVP votes. And around this same time, he enjoyed an even more startling turnaround in the batter’s box.

The literature on Kershaw as a prep prospect, at Highland Park High in Dallas, does not mention his prowess with the bat. We know that, in a perfect game he pitched as a senior, he homered. We know he played football in high school (as a center!), so there’s certainly a background of athleticism. But he doesn’t have the two-way pedigree of someone like Marco Gonzales or Matt Wieters. Whether that history, or lack thereof, is an indicator of Kershaw’s early years with the bat, only he can answer. But we do know what he was like when he arrived in the majors, and it's impossible to describe his performance at the plate back then as anything but awful, even compared to other pitchers. If we pull a sample of all pitchers who had more than 150 plate appearances from 2008 to 2010, Kershaw’s first three years in the majors, we get an n of 42. Of those 42, Kershaw had the single worst wRC+, at -60.

Now, apply those same plate appearance parameters to the span of 2011-2014. That is an n of 47. Among those pitchers, Kershaw actually has the fourth-best wRC+, at 35. Clayton Kershaw has gone from being one of the very worst hitting pitchers in the National League to one of the best.

Among seasons since 2008 where pitchers accumulated more than 75 plate appearances, Kershaw’s 2013 was 10th best and his 2011 was 11th best, in terms of wRC+. His 2012 was 19th best. His 2014…well, he regressed a bit, obviously, but these seasons are such small sample sizes that it’s unwise in the first place to treat them individually in the way one would treat a position player’s season.

In 2008, when he debuted, he hit 71 percent of pitches inside the zone he swung at. Over the next two years, he learned to make more contact, advancing that z-contact rate to 92 percent in 2010. All that contact helped make him a bit more credible, but the contact was weak: All 10 of the hits he had before 2011 were singles.

Once he was able to put the bat on the ball, tweaks to his swing mechanics and pitch selection allowed for more aggressive hacks. His contract rate dropped some—to 83 percent since 2011—but the tradeoff led to harder contact. It took until his fourth year for him to get his first extra-base hit but since then he has (in four seasons) four doubles, a triple and a home run.

We can’t really compare Kershaw’s 2008-2010 mechanics with his 2011-2014 ones, because there’s no publicly available video archive of him hitting during his “dark period.” (Almost as if he had something to do with it…) But, drawing from the knowledge I accumulated from years of private hitting lessons, his swing now is pretty mechanically sound. He has a high load without a prominent hitch and takes a nice, direct path to the ball with his hands. One quirk is that he cuts off his follow-through halfway, in a manner similar to Richie Sexson or University of Virginia outfielder and 2015 first-round prospect Joe McCarthy. 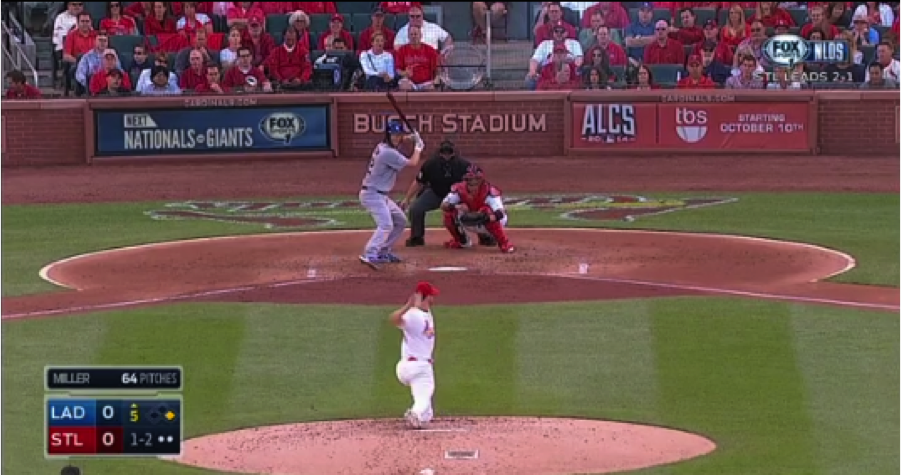 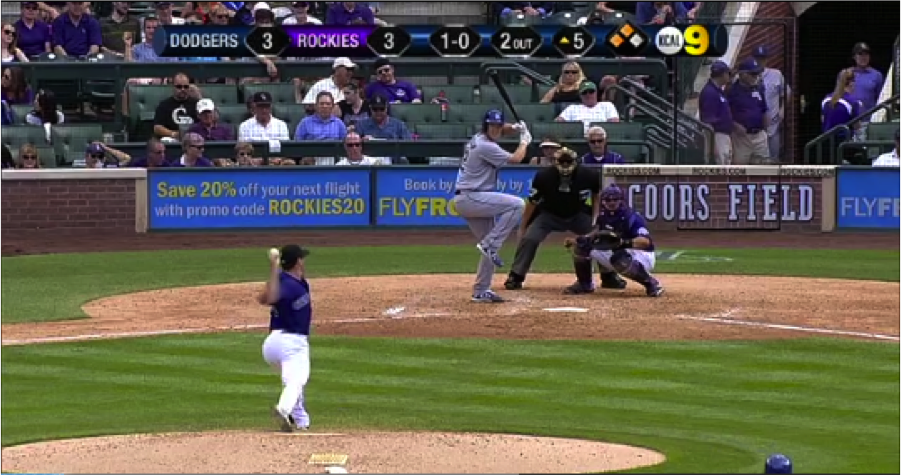 I couldn’t find a ton of quotes and anecdotal info on Kershaw’s offensive surge, and I’m not surprised, because reporters have a few better, more interesting things to ask him about. But there’s this, from Jonah Keri’s 2013 Grantland profile of Kershaw:

A few weeks after that 2010 campaign ended, Ellis called his buddy and battery mate to see what he had planned that offseason. “I asked him if he’d started throwing yet,” Ellis said. “He said he hadn’t picked up a ball at all. But he was going to this batting cage owned by a high school buddy of his, and he was taking swings, all the time.”

Our narrative gets pretty simple, then: Kershaw became a better hitter for the same reason that he’s a great pitcher. He’s exceptionally competitive and hard-working and endlessly focused on getting better. If he wants to improve in something, he’s going to do it, even if it’s in an aspect of the game that played zero role in determining the massive contract he signed.

You need to be logged in to comment. Login or Subscribe
BrettLarter
He's shifted from averaging -.2 WAR to averaging +.5 WAR with his bat. So with the standard $7million per win, he's added roughly $5 million per year with his bat.

I guess that qualifies as making his contract even more worth it.
Reply to BrettLarter