When we reviewed every team's Way a couple weeks ago, we found a reference to a Way by every team but one: The Mets. No Mets Way. No Met Way. Just no Way.

But reader GP, with the world's greatest memory, recalled an instance of "the Mets Way" coming out of a Mets' official. Says GP: "Roger Angell reported it in his 1980 Spring Training New Yorker piece, after a visit with new Mets GM Frank Cashen."

I went back and read that feature and sure enough, there's talk of a Mets Way but, at the time, it was still purely aspirational, rather than fully realized. Wrote Angell,

Another observer of this pageant was Frank Cashen, who had been named General Manager of the Mets on February 21st and will have absolute control over the club’s baseball decisions from now on. … All in all, he looked pretty cheerful for a man who had just taken on the toughest job in baseball, which is to breathe life into the New York Mets, a club that lost more than ninety-five games in each of its past three seasons.
I said that I had begun to learn a few things this spring about the systematic instruction of baseball—most of all about the old Orioles’ way of doing things.

Cashen moved a stack of letters and papers on his desk and found a thickish bound notebook, which he held up, with a brief smile. He rifled the pages for a moment, and I had swift, unmistakable glimpse of two or three of the “situation” diagrams that I had been studying in the Brewers instruction manual.

“Now there’s going to be a Mets Way of doing things,” he said.

The reference to the Brewers calls back to a section of Angell's article that appeared about 5,000 words earlier. Angell was given a copy of the Brewer Way, which appeared to be a pretty direct replica of the Orioles Way manuals that were the seminal (or one of the two or three seminal) works in the genre. Angell gives a very long, detailed description of the contents of the manual, which I will attempt to blockquote without wildly overstepping fair use:

The manual makes vivid and absorbing reading, for it breaks down and explicates almost all the broad physical movements, the minute technical adjustments, the offensive and defensive patterns, and the easy or convoluted strategies of the sport. It contains lists of players’ responsibilities categorized by position; reminders about the basics of the game; corrective drills; dos and don’ts of running and throwing and hitting; and mottoes, essays, photographs, and tactical diagrams. I think that a major-league player looking through the book for the first time might be startled at the variety and number of difficult and subtle maneuvers that he has somehow mastered in his lifetime in the game, while a fan—this fan, at least—is alternately flattered to find how much baseball he knows already and embarrassed about how much he has overlooked or never understood. On page 14, we learn (and somehow understand at once) that pressure on the middle finger will help a pitcher’s curveball, and that “pitchers having curveball trouble should throw to hitters having trouble hitting curveballs” in batting practice. Among thirty-six basic hitting fundamentals, on page 33, we might note No. 17: “don’t stand in someone else’s footmarks”— in the batter’s box, that is. Also No. 28: “When hitting the ball to the opposite field, hit down on the ball,” and No. 34: “Hit with top hand and roll wrist.” With the aid of such tips, we should get on bee in no time, where we will make use of our eighteen numbered items governing our lead off first base (page 39), and later—with a little help from the next batters—of the seven pointers on leading off second base and the five pointers on tagging up after fly ball. We should stay on our toes out there on the base paths, however, because page 36 lists, in three long, extremely detailed paragraphs, the three basic pickoff players, including the play called by the catcher which is signaled first by an infielder to the catcher (telling him that a man is taking an excessive lead out there) and then by the catcher to the pitcher (using fingers to indicate which base the play is to go to and which infielder is going to cover second), and is begun at the instant that the pitcher and the infielders see the catcher unclench his right fist, which is resting on his right knee.

Knowledgeable fans groan when somebody misses the cutoff man in the infield with a peg from the outfield, but perhaps not every one of them has wondered how many different cutoff situations can occur in a game; the book diagrams twenty-three of them, and adds three further alignments of infielders, covering pop fouls to the catcher, short flies hit behind first base, and passed balls and wild pitches.

Like most worthwhile advice, all this looks simple and self-explanatory once is has been laid out. This is also the case with the manual’s remarkable extended essay on catching, written by a coach named Jerry Weinstein:

There is much more of this…but the purpose of these techniques is not to deceive the home-plate umpire but to assist him in calling a strike that really is a strike. “Any time a ball is dropped,” the text murmurs as an aside, “the umpire’s tendency is to call it a ball.”

The manual was generated by a Brewers' braintrust that had come from Baltimore. The Brewers' director of player development was a former Orioles scout; the Brewers' manager was a former Orioles pitching coach; and the Brewers General Manager was Harry Dalton, who had been the Orioles' general manager (though not the one who authored the Oriole Way; that was Paul Richards, a decade earlier). The Ex-Oriole Brigade was hired by the Brewers after the 1977 season. Might we expect to see some improvement in the team's "fundamentals" after the introduction of a 110-page manual dedicated to fundamentals?

We'll define fundamentals as baserunning and defense, two areas where bad choices or clumsy mistakes are most easily identified and where the effects of practice and foresight are most easily seen. (Obviously, hitting and pitching have fundamentals and were big parts of the Brewers/Orioles manuals, but we're taking the simpler approach today.) The Milwaukee club that Dalton et al took over was, one might have felt at the time, pretty unsound, so far as the fundamentals typically go.

Or, if you prefer a better measure of team defense,

After importing the Oriole Way, things looked up: 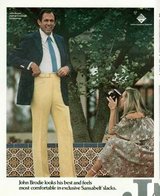 You need to be logged in to comment. Login or Subscribe
mschieve
Those pants make that guy look seven feet tall. It also helps that the lady taking his picture appears to be sitting down. Or, she is putting her leg on something. Also, that he is clearly taller than a wall in the background.