At the end of April, I brought back my weekly catcher framing series from 2013 in a new, monthly form (and came back for more after May). I mentioned this then, but as a refresher, here's where you can find catcher receiving stats at Baseball Prospectus:

We now offer three framing-related reports on our statistical sortables page (as well as historical framing stats for each catcher on his player card):

All three of those reports are updated daily and based on the “Regressed Probabilistic Model” (RPM) of framing that Dan Brooks and Harry Pavlidis published at BP earlier this year.

Just like last time (and the time before), the +37 Padres are in first place on the team totals leaderboard (by a full 14 runs!) which reminds us that great framing does not a successful season make. The Diamondbacks, Yankees, Astros, and Rays round out the top five, with the Johnny Cueto-Brayan Pena pairing edging the Wade Miley-Miguel Montero tandem to take the top spot in the "Framing Data by Battery" report. The -28 Twins trail the other 29 clubs on the team totals leaderboard, even with Josmil Pinto no longer at large.

Today, we'll take a spin through the best and worst frames of the month of June, sorted by strike probability, which is based on park-adjusted pitch location, handedness, count, and pitch type. (Although the RPM values you see on our stats pages also account for umpire and pitcher, those adjustments are applied in aggregate, not on a per-pitch level.) 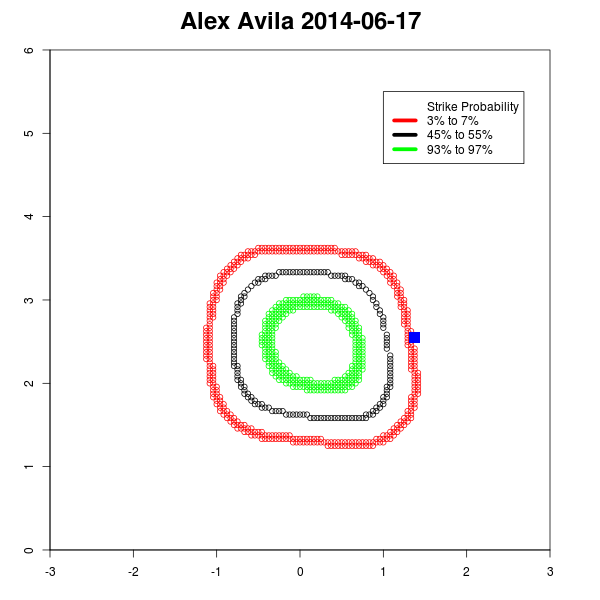 Yes, it's easier to receive a pitch cleanly when the reigning AL Cy Young winner hits his target, but this delivery is still off the outside corner on a count when the strike zone shrinks (the minuscule strike probability already accounts for the shape of the strike zone against left-handed hitters, which is shifted slightly outside). Avila sets up outside so that the pitch splits his shoulders, and he subtly pulls it back toward the batter. Umpire Tom Hallion hesitates for an instant, but once he makes up his mind, he flashes plus pivot. 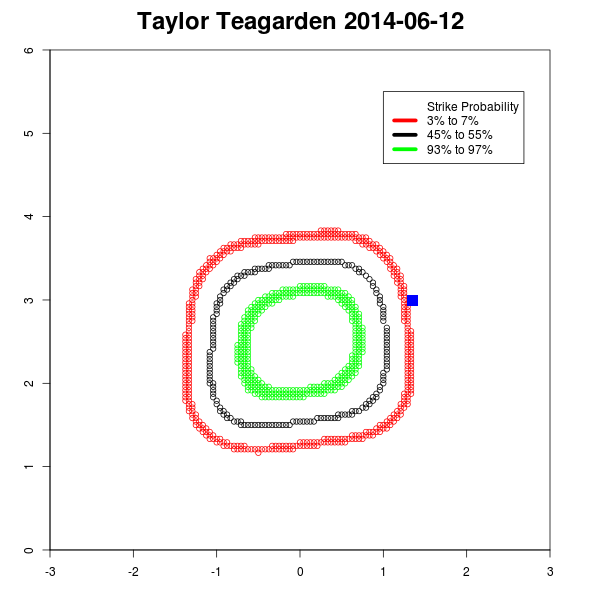 PITCHf/x says this one was well inside even when it crossed the plate, but it doesn't look like Teagarden did anything special here. He shifts his whole body inside, clenches his empty hand, and dips his head slightly. Maybe the angle of the Eveland slider fooled the umpire (insert Angel Hernandez joke here, though Hernandez has a pretty good reputation as a pitch-caller). Not every unlikely strike is the catcher's doing; sometimes a team just gets away with one. 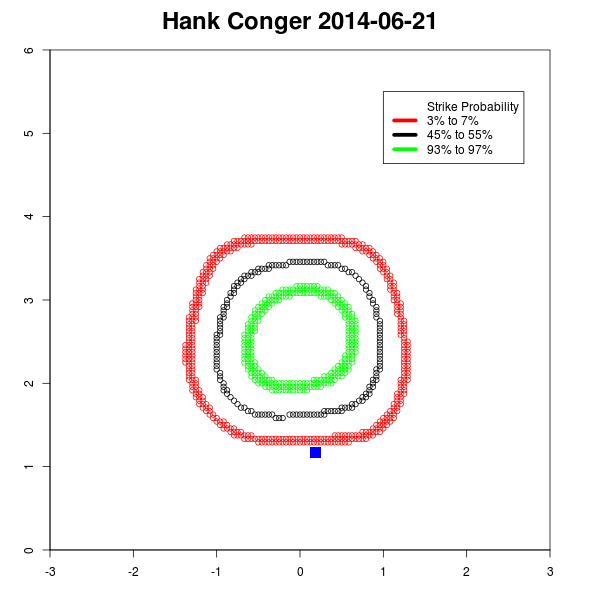 Conger is a good catcher. To this point in his career, he's been a better framer than Jeff Mathis, and he hits. It can't be easy for Mike Scioscia to sit on the bench and watch Chris Iannetta defile the spot where Mathis once squatted, so watching Conger work must soothe the skipper's soul. (Iannetta's triple-slash line is probably pretty soothing, too.) 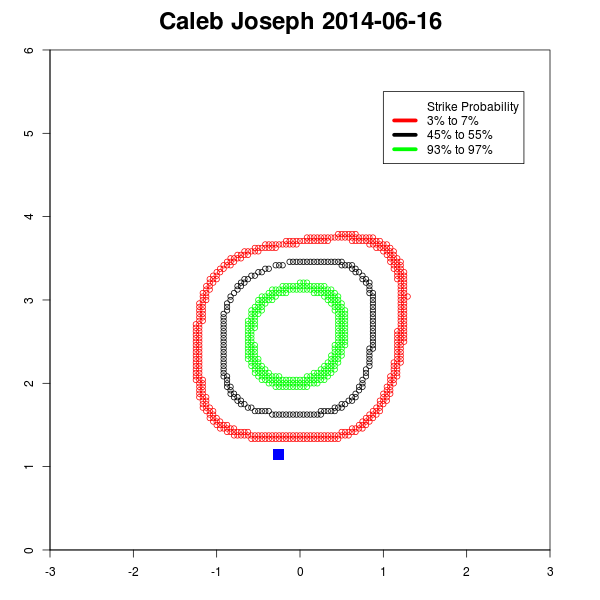 A called strikeout on a deft reception at Tropicana Field; Give Joseph a Rays uniform and pad it out with a pillow, and you could convince me that this was Jose Molina. He even hits like him! More on Joseph below. 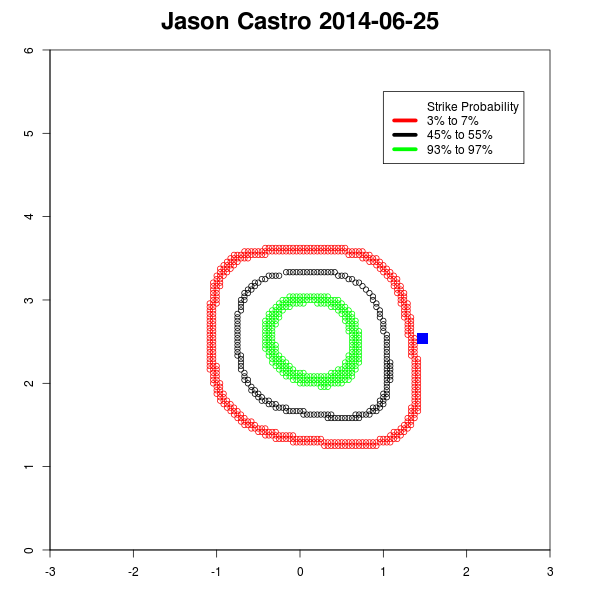 A lot like the Avila example above, but even farther outside. 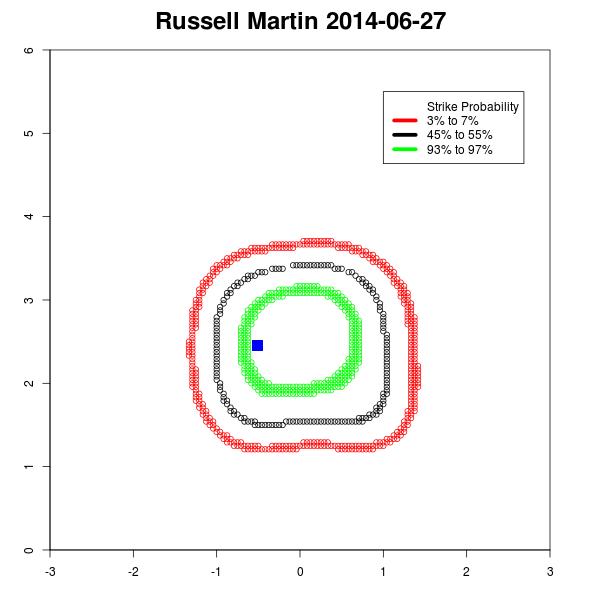 Four out of five catchers in the "worst of June" group have been below-average framers over the course of their careers; the other is Martin, who's been one of the best. In this case, he has to reach outside for a ball that missed its mark, having just hopped toward the opposite side of the plate. Even so, he manages to avoid pushing the ball farther out of the zone, à la Brett Hayes last month, but he can't persuade second-year MLB umpire Adam Hamari. 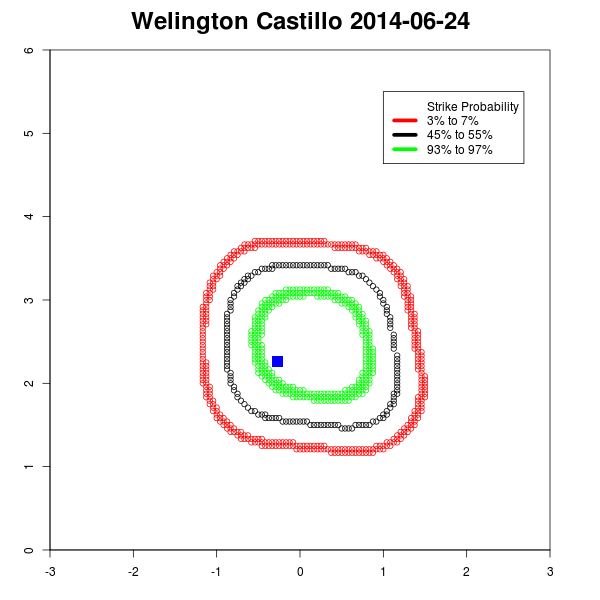 Frames 2, 3, and 4 are almost on top of each other on the graphic above, so in case you can't manipulate your mouse into making the pop-ups appear, here's a closer look at Castillo. Arrieta misses out over the plate, but Castillo reacts slowly and makes the ball look like it's way outside. 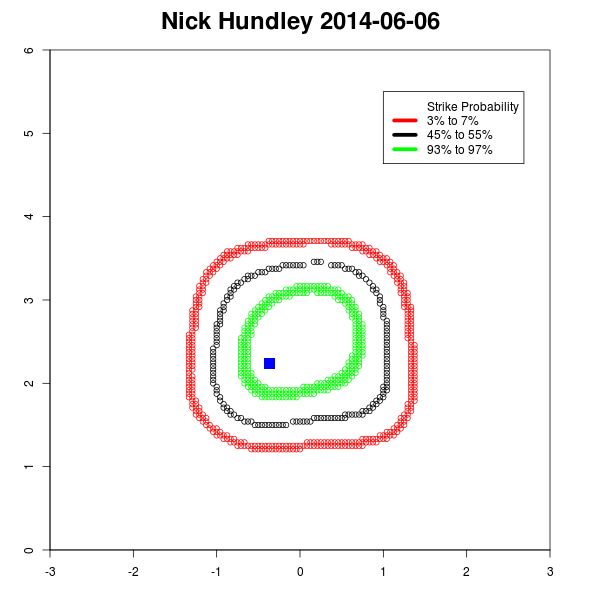 Here's Hundley, who became expendable in San Diego because the Padres have two fine defensive catchers in Yasmani Grandal and Rene Rivera, with a third in Austin Hedges on the way. Hundley has improved behind the plate, but he's never quite mastered the fine art of framing, and now that's the Orioles' burden to bear. 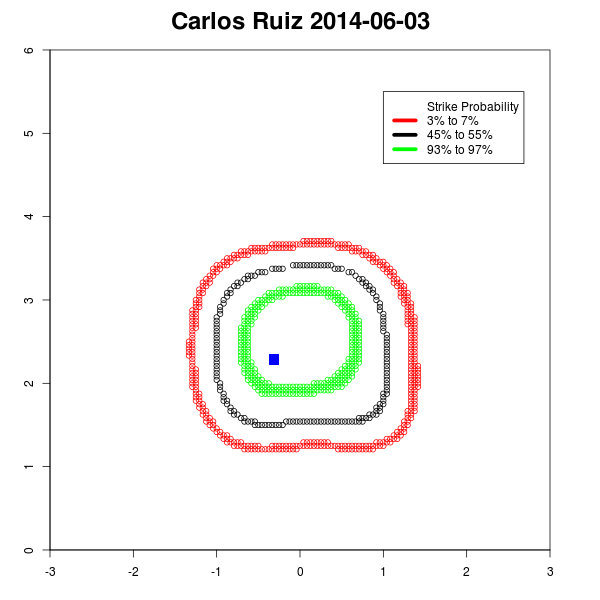 This isn't an easy assignment, but Ruiz turns his whole body to get to the ball, which draws attention to the degree to which Martin misplaced his pitch. 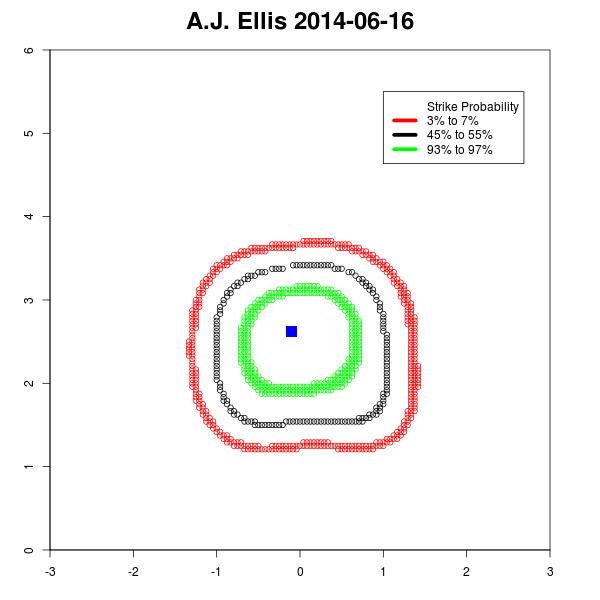 Lots of glove and arm movement, exacerbated by a pronounced head dip.

On May 8, I got an email from R.J. Anderson with the subject line "Caleb Joseph is gonna be your dude." The body of the email read, "total pro behind the plate." Joseph made his major-league debut on May 7, so it didn't take long for R.J. to pick up the scent of a strong receiver. He tweeted it, too!

Guessing Caleb Joseph will be a @ben_lindbergh fav. Seems like a good receiver; understand how to angle his body behind the plate, etc..

Score one for the eye test. Disappointing as it was for Baltimore to lose Matt Wieters in the midst of what was shaping up to be bounceback season, and as poor a substitute as Joseph's bat has been for the former fifth overall pick's, at least the Orioles can console themselves with the thought that they found a good framer who's saved them 6.6 runs in only 2155 chances. The Joseph frame above that made me invoke Molina is his best of the season so far, but let's take a look at the pitches that placed second and third. 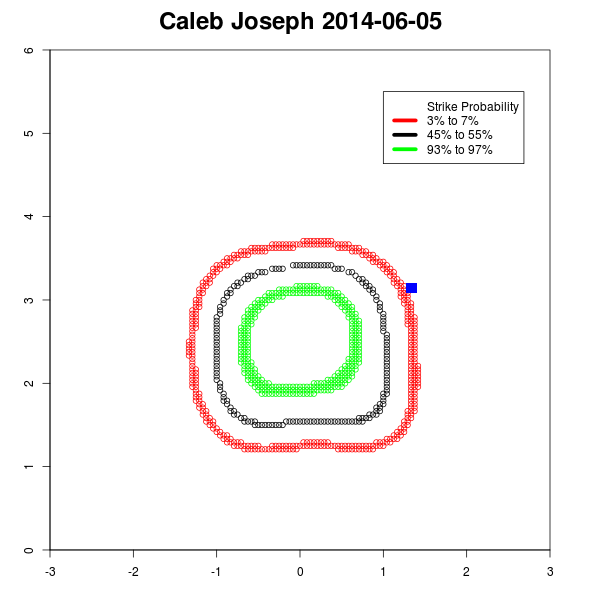 Joseph's body stays very still, and his glove likewise remains motionless after he catches the pitch. Even though he stands 6'3", he has a compact crouch that gives the ump a good look at the ball. 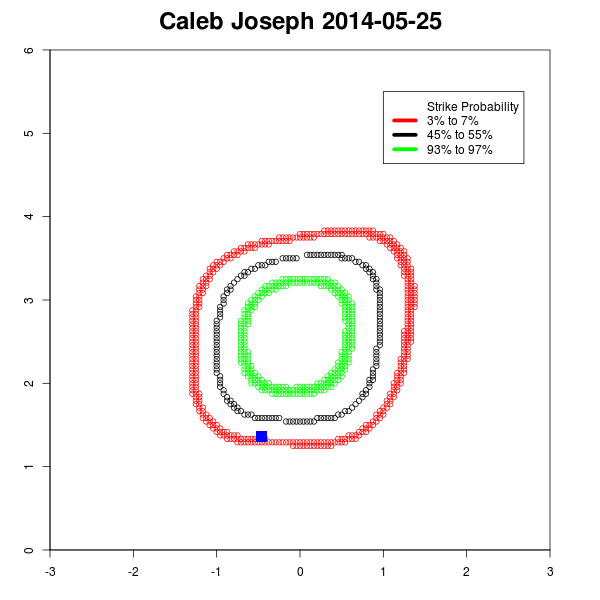 This is the low sliver of the strike zone where Jonathan Lucroy makes his living. Lucroy's larceny is less obvious, but Joseph's gets the job done.

Reply to fawcettb
aaronbailey52
One interesting thing to note is the quality of the hitters in each sample. The disparity is pretty amazing:
Beneficiaries- Donaldson, Tulowitzki, Votto, Desmond, R. Tejada
Victims- LaStella, Choice, Dyson, Weeks, S. Rodriguez
Reply to aaronbailey52