Last week I started a season-long series devoted to tracking bunts for base hits with the infield shift in effect; this is the second installment. To bring you up to speed on the series’ premise and methodology will take but two brief excerpts. Excerpt one:

And now you’re caught up. Today, we’ll cover the games of April 10-16, with the list of bunts against the shift again supplied by Inside Edge. We have two new bunts to talk about, both by hitters who didn’t try this tactic from 2012–13.

“The shift” makes defensive positioning sound like a binary decision between a standard alignment and a single, non-standard one. Of course, it’s more nuanced than that; fielders can be placed not only at the extremes of the standard–non-standard positioning spectrum, but at every point in between. This is what the alignment against Ellsbury looked like: 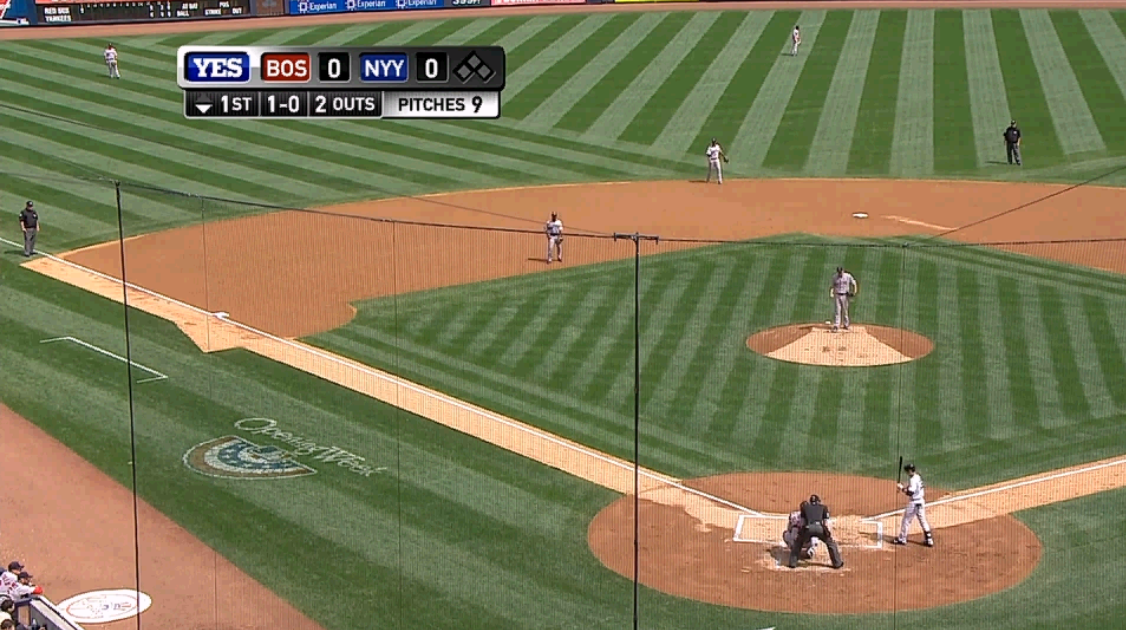 The second baseman (not pictured) is in his appointed place, and the shortstop is pinched only slightly toward the middle. But third baseman Jonathan Herrera is playing about halfway between the second- and third-base bags. Is that a shift? For our purposes, I think so, since Ellsbury probably wouldn’t have done what he did had Herrera not been there.

On the first pitch of the plate appearance, Ellsbury squared to bunt but pulled back, causing Herrera to start in before looping back to the same spot.

On 2-1, Ellsbury squared again, but this time he went through with it.

Because he had to circle around the ball to get a good angle rather than coming in on it directly, Herrera’s throw went wide and pulled Mike Napoli off the base. Had the throw been on line, Ellsbury might have beaten it out anyway.

So let that be a lesson to us (and to teams): Bunting to beat the shift doesn’t require the full-on “Ted Williams” overshift, the one with an infielder stationed in shallow right. A speedy runner like Ellsbury can take advantage of even a slight change in positioning.

…And, right after explaining why not every bunt to beat the shift has to be against a team that left the whole left side of the infield open, we get one that was. On Wednesday, Anthony Rizzo caught the Yankees shifting, ending a streak of 14 consecutive batters retired by Masahiro Tanaka. He's not exactly a natural, but he did get it down, and in the right direction.

This week’s close encounters
On Sunday, Danny Espinosa bunted down six runs and with a runner on second, chipping the ball over Aaron Harang’s head:

Inside Edge classified that a bunt against the shift, which seems strange if you look at the infield alignment immediately after the bunt: 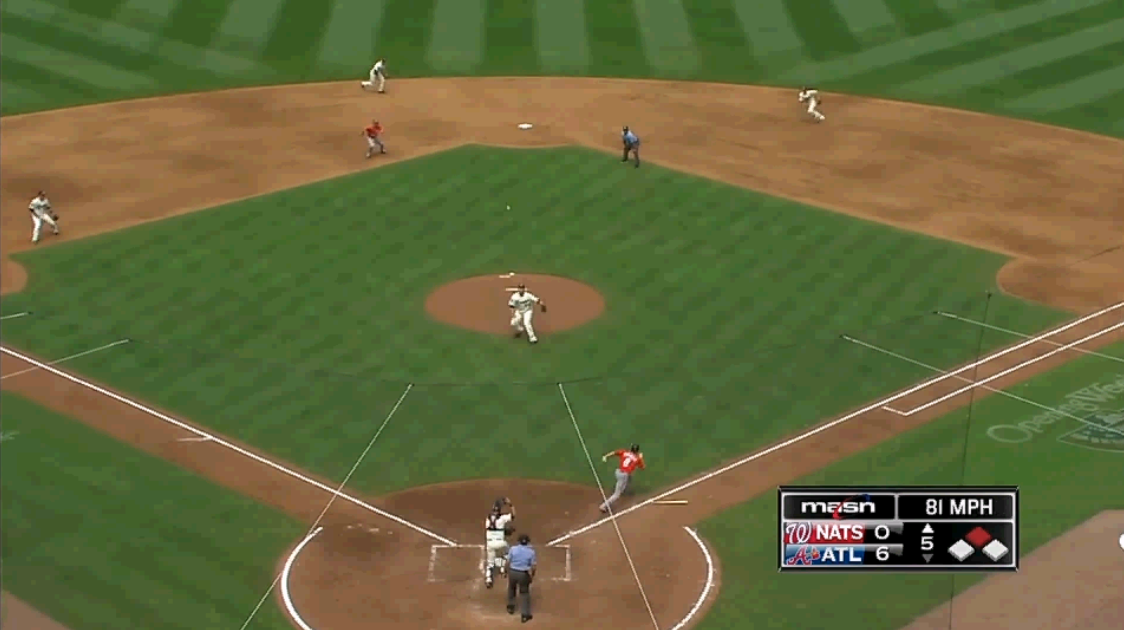 Check right before the bunt, though, and you can see what they were thinking: 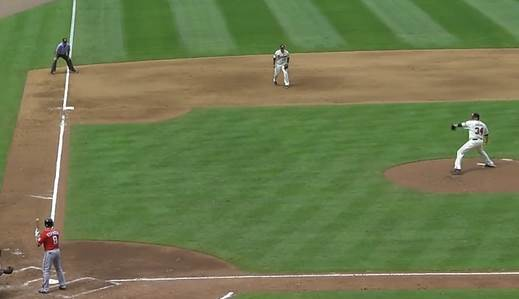 This is a borderline case, especially since it’s not clear that Espinosa intended to bunt the ball to the left side. I’m going to exclude this one from the stats. We do have to draw the line somewhere.

@ben_lindbergh For your beating-the-shift logbook: Brandon Moss just attempted a bunt on the 1st pitch in the 9th but fouled it off.

Mitch Moreland, facing the shift, squared to bunt. Must have been reading @ben_lindbergh today.

You need to be logged in to comment. Login or Subscribe
oldbopper
I know I am beating the start(4/19) but Joe Mauer just bunted against KC. Led to 2 runs.
Reply to oldbopper
oldbopper
This is a little off subject but it is still a bunt play. The Red Sox just squeezed, successfully. What do your stats say about the efficacy of the squeeze? My eye test, over a zillion years, seems to indicate that it is a good play, under certain circumstances, like not when trailing by 4 in the 9th.
Reply to oldbopper