On Opening Day, I jotted down an assortment of thoughts and threw them all into this article, below which reader “cmyiii” commented, “Something like this every day—or even just once a week—is worth the price of admission.” Daniel Rathman’s column, What You Need to Know, delivers that daily fix, but by the request of at least one reader, I’ll be doing the same whenever I have enough disjointed observations from a single slate of games to add up to an article. Daniel covered Johnny Cueto’s complete game, the Yankees’ day-night shutout, and a couple other topics in today’s WYNTK; my topic grab bag is below.

Trivia question: Which pitcher wore the jauntier cap on Wednesday, Fernando Rodney or Michael Pineda? Answer at the bottom.

Trivia Answer: Rodney. Almost too close to call, but the right border of the shadow cast by the cap makes it conclusive. 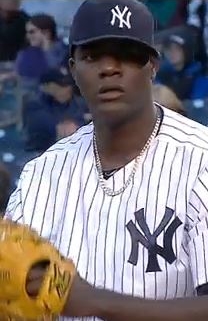 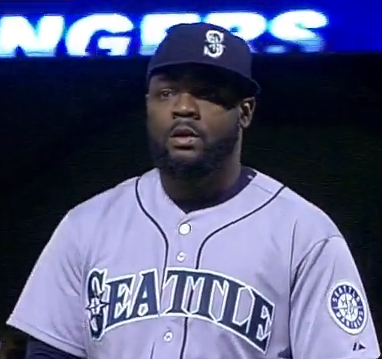 You need to be logged in to comment. Login or Subscribe
Skuggs
wait so...what was Cliff Lee's max velocity?
Reply to Skuggs
bornyank1
Oops, fixed.
Reply to bornyank1
Skuggs
#heater
Reply to Skuggs
Kcroyals2012
A full series of articles could also be written about Robin Ventura mismanaging his bullpen.
Reply to Kcroyals2012
oldbopper
What is the earliest inning a position player has pitched in an extra inning game that was tied? I was watching and expected to see the starter who was on his throwing day come in. I recall Chris Davis, yes that Chris Davis, getting the win over Darnell McDonald a few years ago,but that was in the 18th inning.
Reply to oldbopper
bornyank1
Click on the Andrew Koo article I linked to to see the full list (minus Garcia).
Reply to bornyank1
oldbopper
Thnx, you guys are great! BTW, Rizzo bunted into the shift yesterday, successfully.
Reply to oldbopper
BillJohnson
As regards the injury to Joe Kelly: dude can run -- he has been used as a pinch runner in the past. I wonder, though, what the historic risk of injury by a pitcher running the bases really is. Other pitchers have been used as PRs, some of them frequently; there was a BP article on the subject of PRs some time ago (http://www.baseballprospectus.com/article.php?articleid=6085) that noted that Blue Moon Odom even led his league in pinch-running appearances one year. Were those guys any more prone to baserunning injuries than other pinch runners? That should be researchable.
Reply to BillJohnson
Ogremace
This is anecdotal, but every Yankee fan will remember Chien-Ming Wang suffering a Lisfranc fracture running the bases in an inter-league game. Up to that point he had been a dominant young pitcher, thriving on massive ground ball rates, and he never recovered. There are many more stories I'm sure.
Reply to Ogremace
BillJohnson
I also remember the tantrum that one of the Steinbrenners threw, about how those mean old National Leaguers made his incredibly skilled and highly-paid pitcher do something as unnatural as running the bases, didn't they have any respect for his investment? To which all I can say is, cry me a river. Position players have been known to blow a tire running the bases too; just think back to the awful scene of Ryan Howard making the last out of the 2011 NLDS. The question is, do pitchers do it significantly more often than position players? Anecdotes don't answer that.

Reply to BillJohnson
BillJohnson
Incidentally, lest I be misunderstood, I intend no disrespect to Wang, nor disregard for his injury. It hurts to see a ballplayer get hurt, and I wish he could get back to his old, pre-injury self. It's his boss for whom I have no sympathy in that little incident.
Reply to BillJohnson
msbirt
Why did the scout tell you to add 0.45 seconds on a home-to-first time on a bunt hit attempt? Because of the difference in the batter's momentum coming out of a bunting posture as opposed to coming out of a swinging away posture?
Reply to msbirt
bornyank1
Right, it's like having a running start.
Reply to bornyank1
mdupske
I always knew when LaRussa wanted to go home and didn't care about winning a game when he would bring in a position player to pitch.
Reply to mdupske
Shankly
Always glad to see people marvelling about Mike Trout. Long may it continue.
Reply to Shankly
JPapa21
I need some clarifcation on the Alonso ruling. It does not look like the ball touched the ground. Did the act of attempting to deceive the runner cause the dead ball situation? if so I did not know that was a rule.
Reply to JPapa21