keyboard_arrow_uptop
Subscribe to Baseball Prospectus
The Yankees got a major boost during the opening week when Michael Pineda took the mound for his first MLB game since 2011. When we last saw Pineda, he was wearing a Mariners uniform and facing a sudden dropoff in velocity, the first sign of the shoulder woes that have kept him out of the big leagues since his days in Seattle. 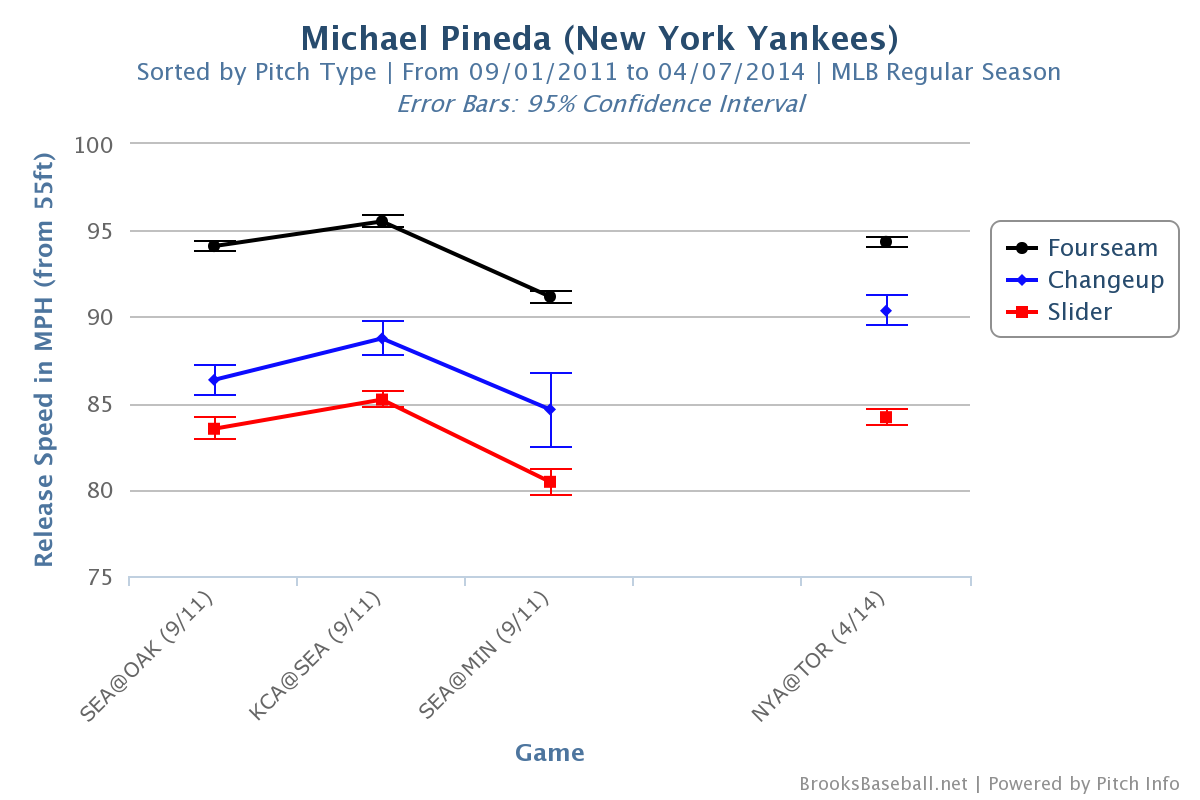 After 28 months, Pineda's velocity has returned–his changeup is even a touch faster than it was when he was a Mariner. He also threw all three of his pitches at roughly the same rate as he did in 2011. 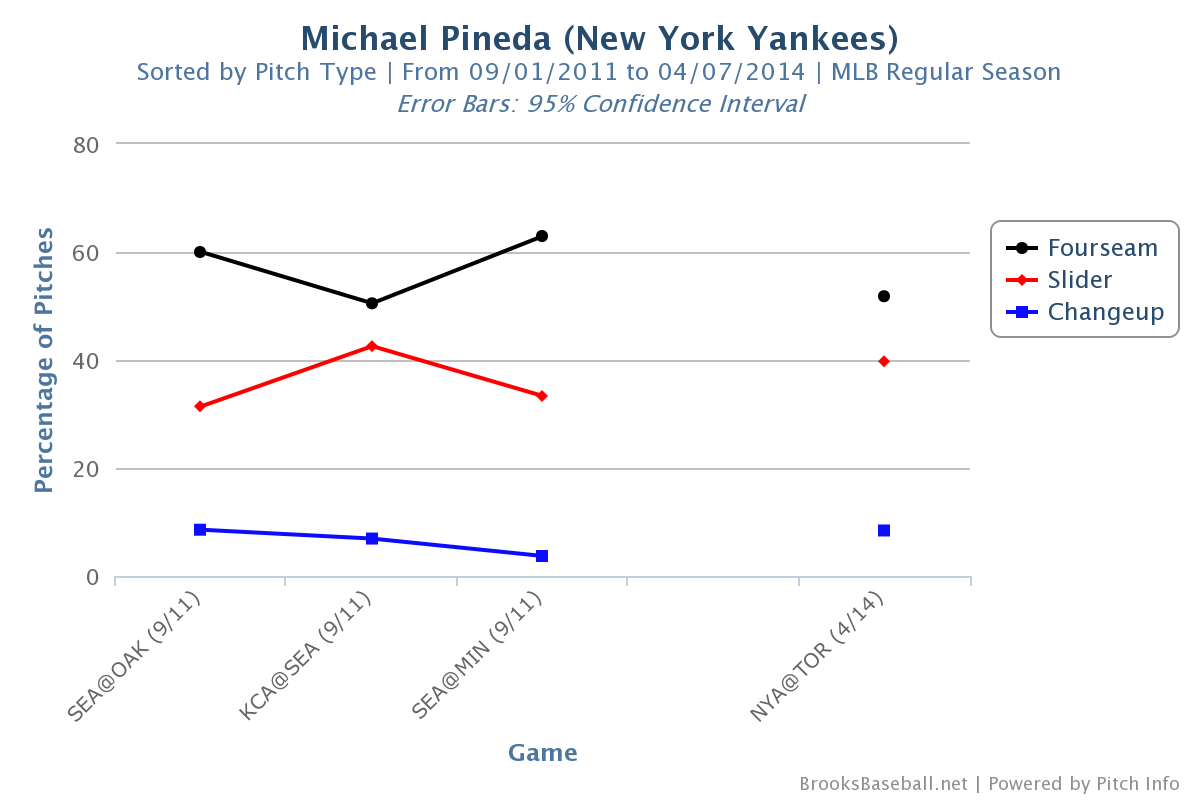 His slider was generating whiffs, while his changeup wasn't–just like 2011, too. 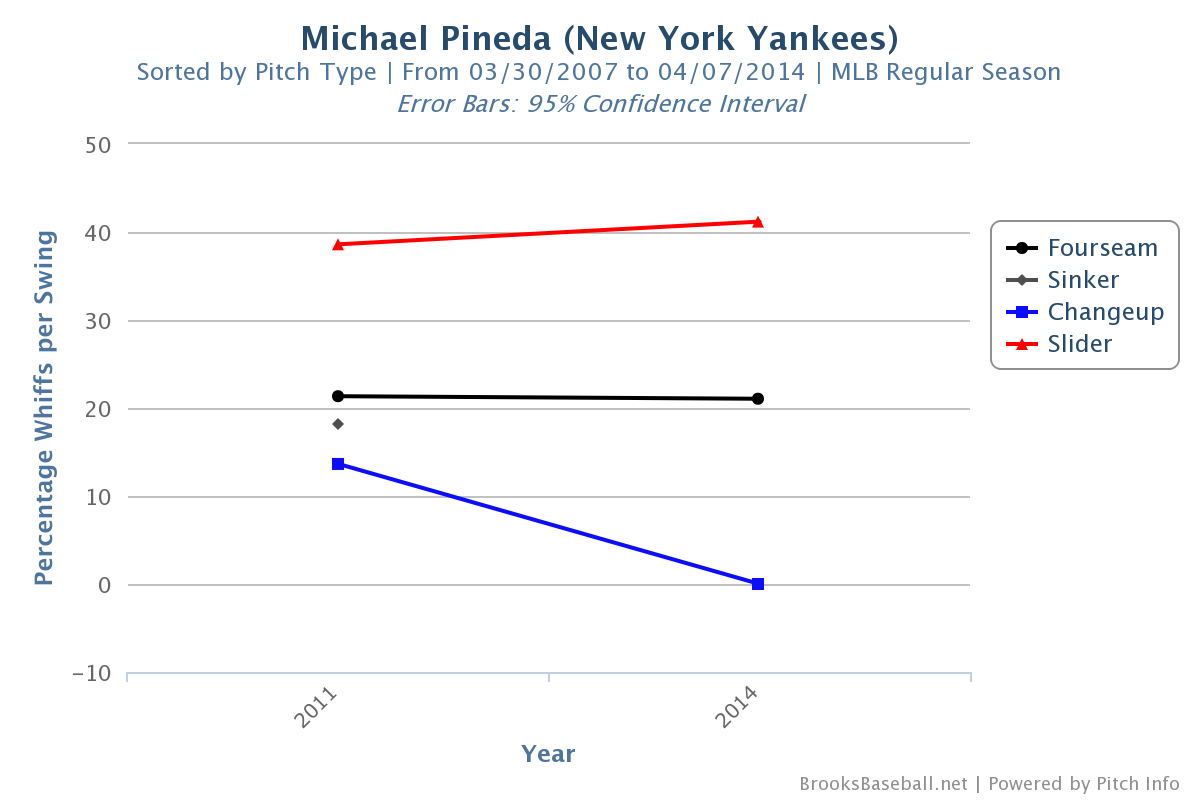