Boston was able to snag a victory from Justin Verlander and the Tigers behind a phenomenal performance from John Lackey and a solo home run by Mike Napoli. Here are the projected lineups and PECOTA odds as Boston looks to put a stranglehold on the series with a win in Game Four:

The Set-Up:
It’s not surprising that PECOTA produces an almost dead-even result with these two teams matching up, especially with these two pitchers on the mound. While both teams are well built in almost all phases of the game (though Detroit’s bullpen can leave something to be desired), the narrative that has taken root is that of Boston’s offense versus Detroit’s pitching. This is deceptive of course as Detroit’s offense is quite potent and Boston’s pitching is nothing to sneeze at (no seriously, don’t sneeze at them, you might hurt Clay Buchholz). So while the series itself appeared to pit two (mostly) evenly matched teams against each other, Game Four is especially close because of the two starting pitchers: Jake Peavy and Doug Fister.

The two starters somewhat mirror each other in terms of position on the team. Both are fourth starters in name only, as each would slot towards the middle (or top) of a rotation on weaker teams. They’re moderately similar pitchers even if they do go about it in different ways. Fister is, as we know, a groundball machine; generating over 50 percent for the second straight year. Peavy, while never purely a groundball guy has seen his GB% drop precipitously over the last few years, resulting in an all-time low 32.7 percent in 2013. While we as a community tend to like groundball pitchers because they’re less affected by the long ball, we should note that this game taking place in Comerica is actually a bigger boon to Lackey than it is to Fister, because of his flyball tendencies. Of course it’s also worth noting that converted shortstop Jhonny Peralta will be manning the spacious left field in Comerica, which will make Austin Jackson’s job that much harder if the Red Sox are able to lift any of Fister’s offerings. One thing to keep in mind when watching Fister pitch is the evolution of his arsenal. Once a sinker/cutter pitcher, Fister began to incorporate his curveball more often (and with success) starting in 2012. He’s also begun throwing his splitter more often, after moving away from it following his rookie season. While the sinker is still his dominant pitch, Fister is doing his best to mix his pitches and keep hitters off-balance. Given how much he pounds the zone (5.5 BB percent), it’s important that Fister not become predictable in his offerings. (chart courtesy of Brooks Baseball):

While it’s obvious that pitching has been the story of this series, particularly strikeouts when it comes to the Detroit, Fister just isn’t the same style of pitcher as his rotation mates, only logging five games with 10+ strikeouts in his career (Sanchez: 9, Scherzer: 18, Verlander: 28). Perhaps surprisingly though, it’s Peavy who leads all available pitchers in that particular statistic with 32 games of 10-plus strikeouts in his career. Obviously, some of that credit goes to pitching in the National League and facing the pitcher for much of his career, but that he has still logged more than Verlander took me by surprise.

Matchup to Watch:
It should come as no surprise that the matchup to watch would involve Miguel Cabrera, even in his weakened state. Peavy has shown over his career, and specifically this year, a predilection for pounding the lower outside part of the zone to right-handed hitters. While that’s not an uncommon trait for pitchers (trying to get hitters to swing at breaking balls off the edge), Peavy has also shown a willingness to pitch in on the hands (middle, in quadrant). What makes this matchup to watch, is that Miguel Cabrera thrives on the inside pitch more than anything that isn’t dead center. That’s partially because Cabrera is great at hitting just about anything, but it should be fun to see strength versus strength when these two meet. (Charts courtesy of Brooks Baseball.) 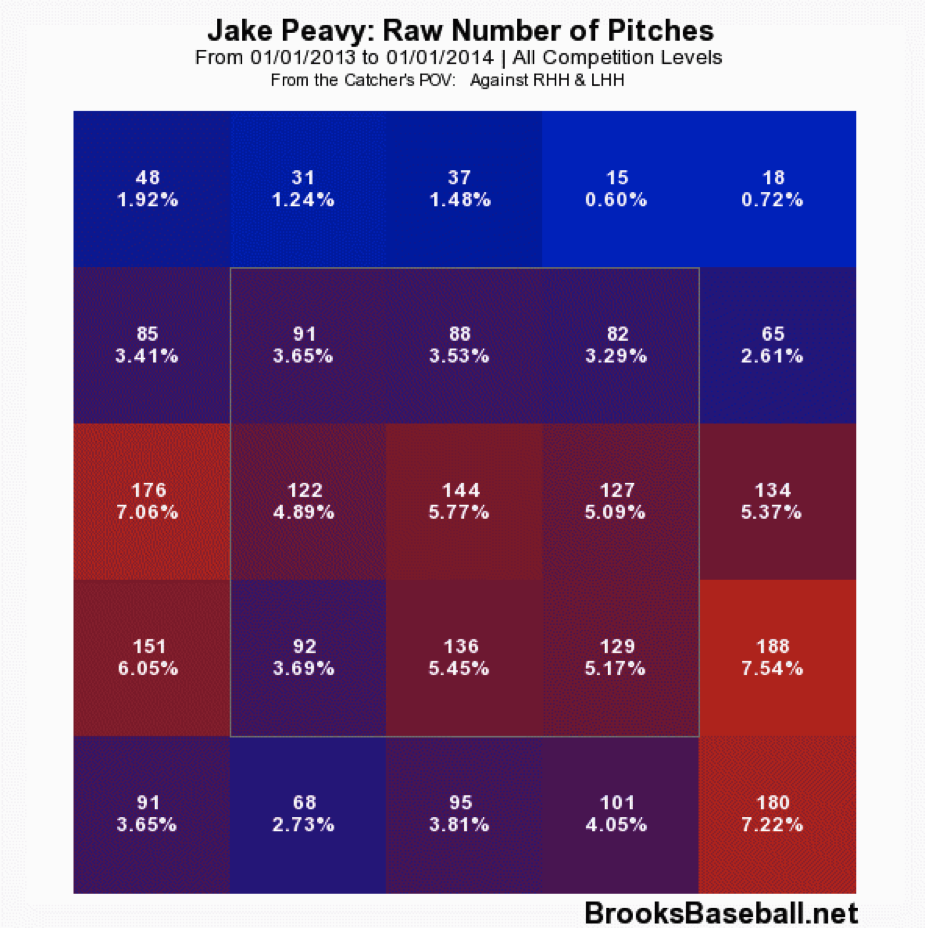 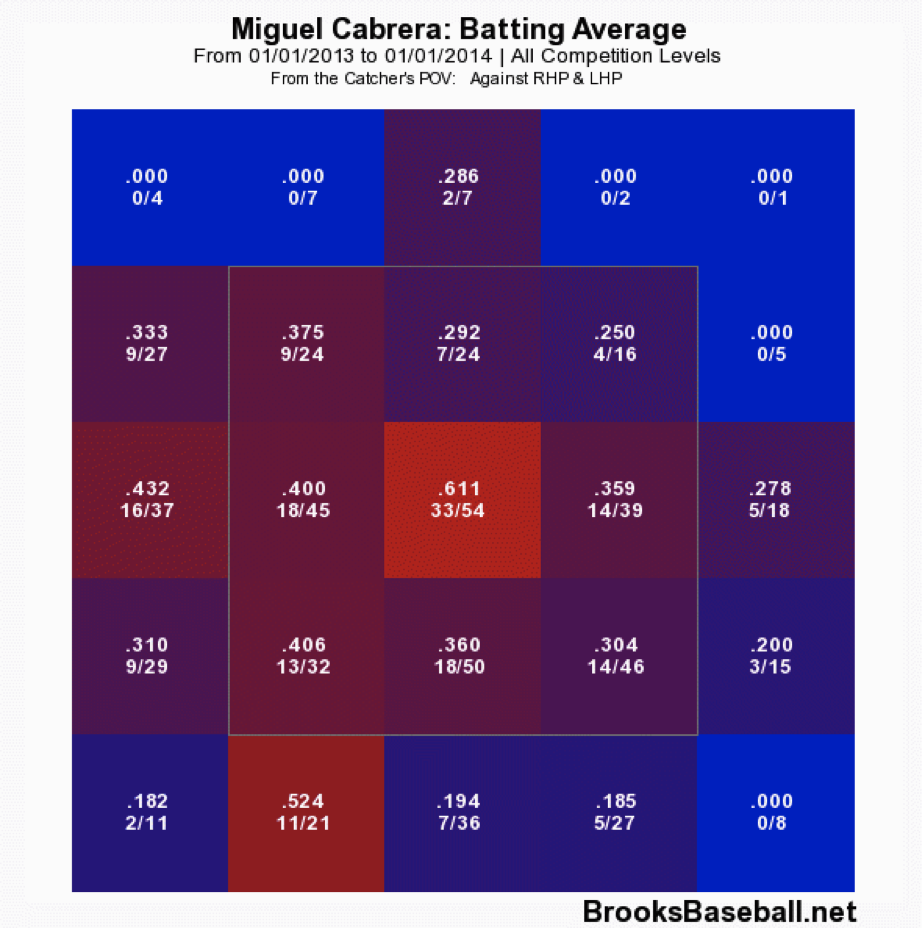 My Prediction
Offense has been at a premium this entire series, and while both teams boast the ability to score in bunches, Comerica’s dimensions Peavy’s profile a bit better, and the Red Sox head into Game Five with a 3-1 series lead, following a 4-1 win.

Brian
Reply to bdoyle978
statsrath
Fixed, thanks.
Reply to statsrath
NYYanks826
Do the lineup changes announced today (Hunter leadoff, Cabrera 2nd, etc.) change the PECOTA odds at all?
Reply to NYYanks826
TheArtfulDodger
Looks like it shifts to DET: 50.8%, BOS: 49.2%
Reply to TheArtfulDodger
jnossal
Somebody please fire Jim Leyland. A 7-1 game and he manages to somehow use 6 relievers, and still get the Red Sox out.
Reply to jnossal