It wasn’t the season that the Tigers mapped out for Justin Verlander. The undisputed king of the pitching world in 2011 was no worse than runner-up in 2012, when Clayton Kershaw made it clear that he deserved to be in any conversation about the best in baseball. But by the end of the 2013 season, Verlander had undisputedly ceded the throne to Kershaw and seemingly even lost the torch as the bona fide no. 1 on his own team in light of the emergence of Max Scherzer.

If Verlander’s Game Two didn’t restore that faith, then his Game Five outing definitely did. A day away from the anniversary of his 2012 ALDS Game Five clincher—also in Oakland—Verlander constructed an almost perfect replica of last year’s shutout, with the only notable difference being that he departed after eight innings instead of completing the effort again.

FASTBALL
Verlander threw 73 heaters on Thursday night, with 49 going for strikes and 38 of those drawing a swing. Of those 38, a whopping 18 missed entirely. That tops the total number of swings-and-misses he had on all pitches combined in the 2012 gem (17). Verlander was just a little shy of his 2012 velocity level—he averaged 95.4 MPH this year after sitting at 96.0 in the outing a year ago, although if the O.co gun was at the -0.2 MPH differential it usually has (per our own Dan Brooks), you can put Verlander at around 95.6. Either way, the difference is negligible.

The bevy of left-handers in the Oakland lineup—seven in all when you count switch-hitters—combined with the generosity of umpire Tom Hallion on the high fastball just above or to the right (from the pitcher’s perspective) of the zone coaxed Verlander into peppering that portion of the zone early and often. 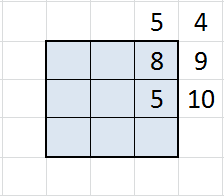 And yes, the overwhelming majority of those 41 fastballs were to lefties, with exactly six of them being delivered to righties.

The final tale of the tape for Verlander’s fastball in the two Game Five clinchers, per Brooks Baseball:

SECONDARY PITCHES
With his fastball cooking, Verlander is absolutely lethal, and the Athletics became acutely aware of that early on in this contest. He leaned on his fastball nearly two-thirds of the time, throwing it at a 65.8 percent clip, but the changeups, curveballs, and sliders he sprinkled in were able to inflict damage well beyond their 34.2 percent usage rate.

Verlander threw just 14 off-speed pitches in the first four innings, generating five outs, including three groundouts, a flyout, and a strikeout. Only four of the 14 pitches were called balls, though he also induced four swings on off-speed pitches out of the zone, netting a strikeout, groundout, foul ball, and regular swinging strike.

The changeup was his second-favorite pitch of the night. He threw 19 of them, averaging exactly 85.4 MPH (exactly 10 MPH slower than the fastball). He got 14 strikes, 12 swings, and four misses on those swings. He threw 17 of the 19 changeups to lefties, and not a single one was on the inner third of the strike zone. In fact, only five made their way into the strike zone at all.

The changeup was also his best off-speed tool in 2012. He threw 24 of them in all, with six swings-and-misses. Three of those six went for strikeouts. In both outings, the A’s put just five changeups into play, with four resulting in outs. In both years, the only hits off of changeups came in the bottom of the eighth off the bat of a Josh. In 2012 it was Donaldson with a line drive single to left, and on Thursday it was Reddick with a line drive back up the middle to center field.

As pretty and devastating as Verlander’s curveball can be when it’s on, he doesn’t overuse it. He threw it 14 times on Thursday night, getting a groundout and two swinging strikeouts; the latter were inning-enders in the seventh and eighth. He threw 16 curves in 2012, earning just two outs with it: a groundout and a strikeout looking of Seth Smith.

SUMMARY
While not all no-hit bids are created equal, many of them are clear indications that the pitcher was dealing. That Verlander held the A’s hitless through six and two-thirds on Thursday, until Yoenis Cespedes ended all of the drama with a clean base hit, should convey just that to anyone who wasn’t able to watch. In fact, Verlander was perfect before allowing a walk to Josh Reddick an out into the sixth.

Nice write up Paul.
Reply to CrashJones
DetroitDale
In Justin's magical 2011 and 2012 seasons there were several games like this one where he would take a no-hitter into the 6th inning or deeper. You got the feeling that every time he went out there he had a chance to throw one. At times this year it looked like that guy was gone, replaced by a still steady pitcher, but it looks like the Old JV is back at just the right time, acting out Survivor's Classic anthem "Eye of the Tiger". For that matter the whole team did.

Gonna be tough against Boston, though, and if by some miracle that works out, very tough against LA too.
Reply to DetroitDale
gtliles82
Detroit was fortunate to win. Oakland had them in game 4 and Doolittle of all people coughed it back up.

That said, what a display of pitching dominance from Scherzer and Verlander in these last two games. Oakland has a very good, very underrated lineup and they simply couldn't touch the ball against those guys.
Reply to gtliles82
sporer24
Oakland was pretty fortunate to win a 1-0 game in game 2. The lineup is good, but a third of it - a VERY important third - went stone cold at a pretty important time. I don't think Detroit was any more fortunate than Oakland would've been had they won. That series was airtight.
Reply to sporer24
Tracyy
I hope the Tigers find an alternative to Benoit before they take on the Red Sox..and especially the Dodgers.
Reply to Tracyy
sporer24
Why? He's been flat out excellent as a closer.
Reply to sporer24
junglechef
The A's had 'em on the ropes Tuesday and couldn't make it work, I am SO very sorry to say...
Reply to junglechef
bigredsun
Seeing Peralta out there, really makes me feel that MLB's PED use punishment is insufficient.
Reply to bigredsun
sporer24
If you think there needs to be more, that's a worthy discussion, but he did the time he was sentenced. I wasn't really bothered by he or Nelson Cruz returning after their sentence.
Reply to sporer24
abcjr2
To me the turning point was the cookie Straily served up to Peralta in game 4. At that point I had the feeling we let Pandora out of the box.
Reply to abcjr2
bigredsun
Or failing to score with the bases loaded and no outs . . .

Paul - I think the punishment needs to be more. Sitting a third of the season and then coming back to play in the postseason just feels unjust to the other players.
Reply to bigredsun
rawagman
It's collectively bargained. The other players have decided, through the CBA process, that it is just.
Reply to rawagman
myshkin
That's going a bit far. The bargaining process involves another side and other issues that may require trade offs. I think the best we can say is that the players agreed to it. (That said, if we take some sort of punishment regime as given, I have no problem in isolation with the length or players' returning to play or receive awards after their suspensions. I'm not convinced that the length of the suspension for this offense is appropriate when compared with, say, suspensions for beanballs.)
Reply to myshkin
Dodger300
You make a very interesting point. I credit you for prompting me to compare how appropriate those suspensions are.

PEDs usage does not injure anyone else, but a bean ball can kill someone. They have certainly ruined a young man's ability to pursue earning his livelihood (Tony Conigliaro)or decimate the career arc one was one (Al Cowens, Dickie Thon, etc.).

I have to agree with you that when considering the severe physical harm that a bean ball can do to other player's bodies, which the use of PEDs cannot do, it is completely inappropriate that the penalty for PEDs would be a suspension that is typically ten times longer.

Reply to Dodger300
thegeneral13
Two things. One, the length of suspension is proportional to the detrimental impact on the marketability of the game, not the physical harm to the players. Physical harm to the players only matters to MLB insofar as it impacts the quality and/or marketability of the product (same as with the NFL). Two, I don't think it's accurate to say that PEDs only harm the player in question, because their usage begets an advantage that compels other players to use.
Reply to thegeneral13
jjpzebra
for me, it actually came a few batters earlier, and should have resulted in a mound visit that never happened. I am thinking specifically of the cheap single to ruin the no-hitter a couple batters before that. Maybe if Straley didn't have had a no-no going at the time, it might not have made any difference. But you got the sense of a let-down at that point followed by a walk to the next batter. by then, it was clear that Straley was very rattled, struggling, and had a brain freeze when he served up the dinger to Peralta.At that point, the cat - - or Tiger -- was out of the bag, never truly to return.
Reply to jjpzebra