We’re going to start with this picture 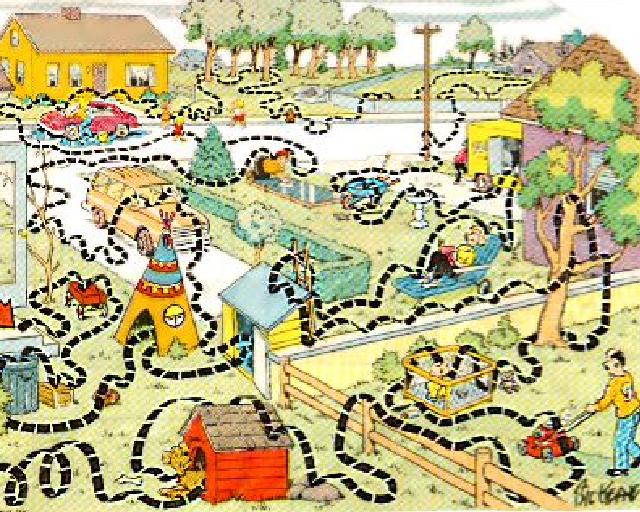 Should we have seen this coming, the third-inning home run off Danny Salazar that provided all the offense Alex Cobb (who, by the way: !!!!!!) would need? Somehow, Joe Maddon did. The Rays have been so good for the past six years at using platoons to make their lineups stronger, and Matt Joyce might be the best example of Maddon’s faith in them. When a right-hander is starting, Joyce is considered a slugger, batting first, second, third, fourth, or fifth 89 times this year. When a lefty is starting, Joyce bats as low as ninth. On back-to-back days, he’ll bat cleanup, and he'll bat ninth. But he hasn’t hit at all in the past month—.089/.232/.143 in September—and Maddon went with the small-sample trend over his usual process. It’s the sort of decision that tends to drive us nuts when other managers make it—it’s just 56 at-bats, for goodness sakes!—but

Joe Maddon is smarter than you. Deal with it.

Bastian was actually referencing another Maddon decision to ignore platoon splits, when he brought in Jake McGee to face Ryan Raburn. For his career, Raburn has a .714 OPS against righties and an .828 against lefties; this season, the spread was more than 200 points. McGee has been slightly better against righties in his career. Still: Surprising. Surprising like Delmon Young starting against a right-handed pitcher.

It’s possible that Young starting against Danny Salazar fits Maddon’s famous Danks theory, in which he loads his lineup with same-handed batters against pitchers who heavily feature a changeup. (Tommy Rancel noted Young starting against righties, perhaps surprisingly, earlier this month in a post that recalled the Danks theory.) Salazar does throw a changeup (or, at least, a splitfinger) a lot to lefties, and his only real secondary pitch to righties (a slider) gets relatively low strike and swinging-strike returns. Jonah Keri noted at Grantland that Salazar’s weak spot has, strangely, been his fastest-in-the-league fastball—against righties:

That fastball has confounded left-handed hitters, who've managed just a .193/.323/.327 line against it. Compare that to righty hitters, who've batted .241 against that pitch, with a .281 on-base percentage … but also a huge .574 slugging average. There's a massive, honking caveat we have to mention here: We're dealing with a sample size of just 10 starts and 52 innings pitched. With that relatively small packet of data to deal with, there could be some statistical noise in here.

Salazar entered the game having struck out 31 percent of the right-handers he has faced while walking only four percent, so I’d be awfully surprised if this power quirk holds up past the second week of next April. But if it’s statistical noise, it got noisier with Young’s game-winning home run. And now we get at least three more days to watch Maddon work, and to try to figure him out.

So now the Indians get to deal with that weird question that will linger in their anxious minds for the rest of the winter: Did they really make the playoffs? My position has always been no. This is a play-in game, not a play-off game; it’s a lottery ticket, not the doggone loot. But Indians fans can be happier than most. Last week, Dan Brooks put together this chart: 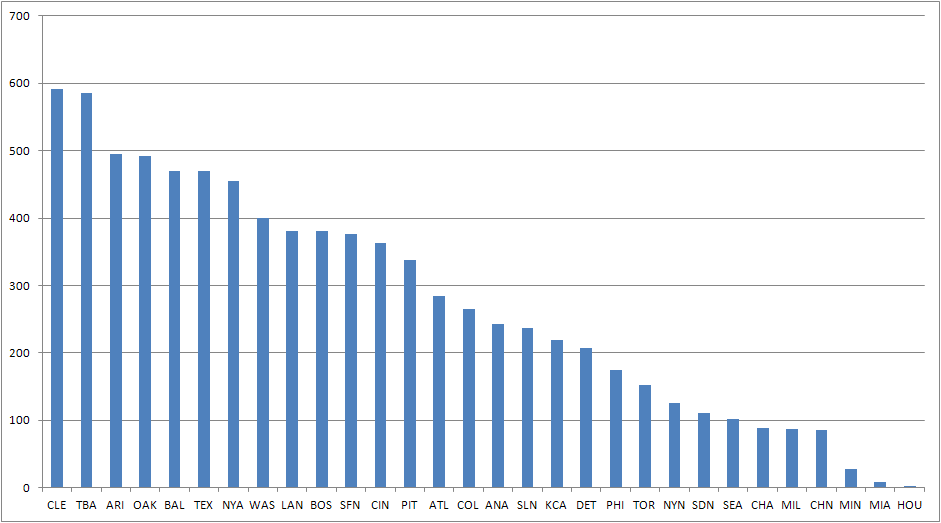 It shows the sum of daily playoff odds changes throughout the year for each team. The Tigers, for instance, saw little change, even though they were technically in a pennant race all season. The Indians, though, got the thrill of an entire season that mattered. One team—the one that wins the World Series—will have had the best season, and their fans will have had the best season. But after that, I’m not sure any team’s fans got a better ride this year than those of the Indians and the Rays.

You need to be logged in to comment. Login or Subscribe
jashnew
Hey guys do you think Delmon Young and Elijah Dukes are best friends?
Reply to jashnew
brooksbaseball
I need to remake that chart.
Reply to brooksbaseball
misterjohnny
Yeah, those Arizona D-Backs fans really enjoyed their season.
Reply to misterjohnny
lyricalkiller
There's probably problems with my logic, but if you think about life as a journey and not a destination then maybe, just maybe, I'm turning into a new-age loon.
Reply to lyricalkiller
Zeustis316
Love these recaps. And the Maddon tweet. Thanks for writing this!
Reply to Zeustis316
BurrRutledge
I agree. The playoff previews and recaps have been tremendous this year, and very much appreciated by this reader.
Reply to BurrRutledge
bhalpern
a picture of a low OBP: http://tinyurl.com/q8poja8
Reply to bhalpern