Was going to watch Yoenis Cespedes for a week because he was hitting so poorly. Was going to start watching on Tuesday, June 4. He entered the day hitting .229/.302/.447. Yes, you can spot the hole where a better BABIP would provide a convenient fill, but there were plenty of signs that Cespedes was stalled: two steals in seven tries, for instance, after swiping 16 in 20 attempts last year; a .203/.241/.414 line against right-handers, whom he had handled well in 2012.

So that’s where Cespedes was when I sat down to watch a week of him. That was in the past. Now we’re in the future! Isn’t it marvelous? Look at my cellular phone, it has a camera! Also, Yoenis Cespedes is having a good year. Just like that, Cespedes went from having a bad sophomore season for me to write about to having a pretty good season (118 OPS+) for me to write about. What happened in those seven days, you might wonder. Mostly:

It's those four swings I'd like to focus on.

Be realistic about it. I hear a lot about pitchers owning the inside corner. No pitcher owns the inside corner. If you're going to own anything on the plate, it's going to be the outside corner. The reason's obvious: Most hitters like the ball from the middle in, so they can turn their hips and yank it into the seats and get on SportsCenter and make a lot of money. So you pitch them away. It's pretty simple stuff, and hard to beat if you back it up with the force of your convictions. If the guy starts looking for the ball away in a manner that's disrespectful of what you're trying to do—if he chooses to venture out there aggressively, without any apparent concern for the consequences—there should be a pretty good chance he'll get it.

You'll also hear, if you ask a manager about the plan of attack against almost any young hitter, that the basic strategy is going to be hard in and soft away: "Pitching 101," one manager told me last summer, talking about that approach to Mike Trout. This is the battle that starts as soon as a hitter reaches the majors: prove you can hit the inside pitch, or it'll be a long and brutal series of one-two punches, inside-outside attacks.

Last year, Yoenis Cespedes was successful, and a big part of that success came from hitting pitches inside. Of his 23 home runs, 15 came on pitches that were at least on the inner half of the plate, and while these sorts of things can be dangerously small samples, this is much of the same data…

…that teams are using to decide how to pitch to Cespedes.

My week with Cespedes began Tuesday and Wednesday against the Brewers. You can see in his matchups against starters Kyle Lohse and Yovani Gallardo, and relievers Brandon Kintzler and John Axford, the degree to which the Brewers simply conceded the inside part of the plate to Cespedes: 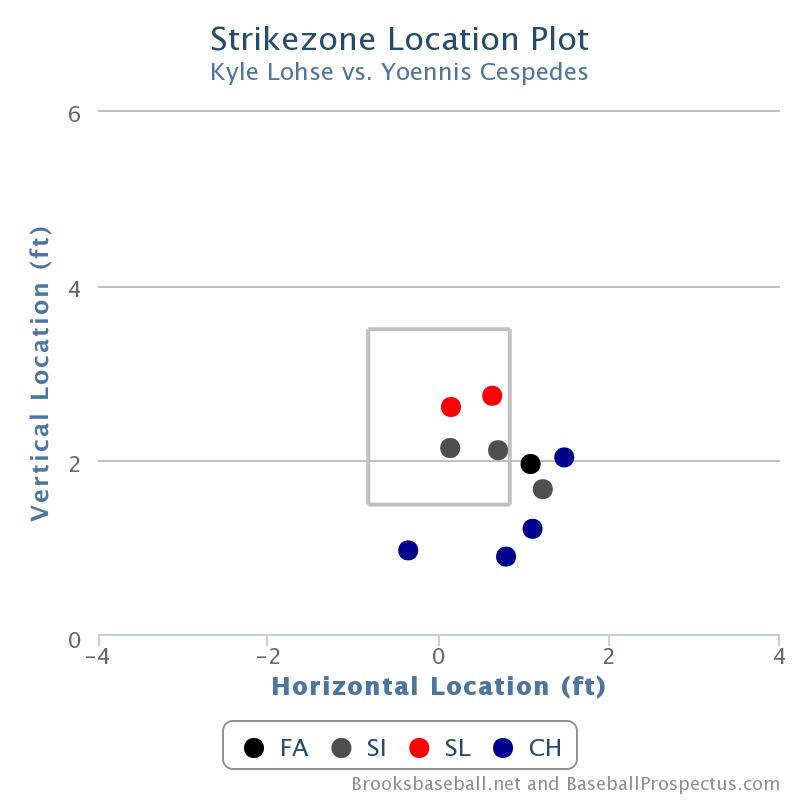 So this seems to clearly be an adjustment the league has made, and when the league adjusts to a young hitter we watch closely to see whether we have to adjust our expectations for the hitter. The obligation shifts to the batter to adjust right back. Are there signs that Cespedes is adjusting back? One good indication is this single, against the shift, this week:

Perhaps another good indication is the quartet of home runs up there, three of which were on the outer half, all of which were hit in the center of the field or to right field. The most-pulled homer, of the four, was hit closer to center field than 14 of Cespedes' 23 home runs last year. His scatter plot of home runs this year is a dramatically different picture than the same plot in 2012. We can't conclude that's a good thing, or that it's even proof that Cespedes is adjusting—as opposed to simply being beat—but it's consistent with what you would hope to see if all you knew was that Cespedes was being pitched outside more, away from his strength.

Take a look at the home run he hit against Lohse, the first of the four in the week, as well as his swing against the most similar—by location, velocity, pitcher's throwing hand, and ball/strike count—that he saw in 2012. They're fairly similar swings; you might sense that he's staying back on the pitch a bit more, but you're not really totally sure that you aren't just imagining it—until the final frame, when the difference in approach explodes into view. 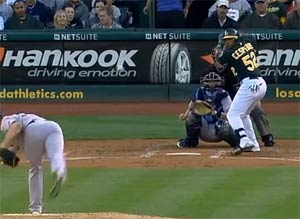 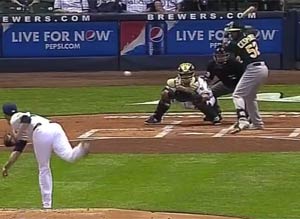 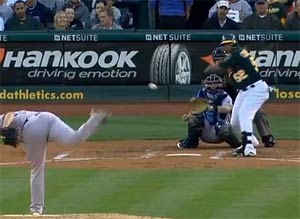 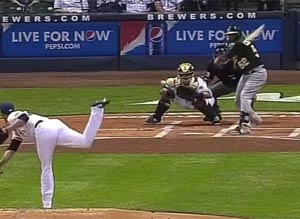 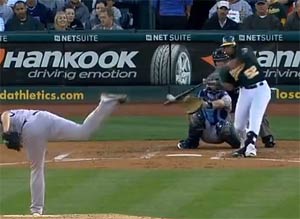 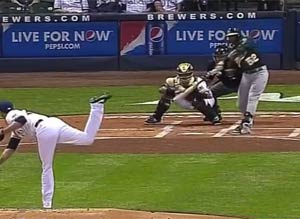 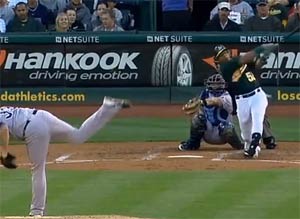 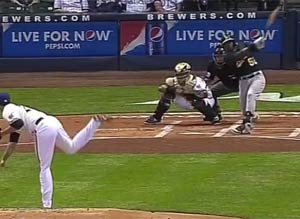 The swing really is, in that frame, more contained, more balanced, and more up-the-middle this year that it was last year. These are just two pitches—just two frames!—separated by 10 months, and conclusive of nothing. But it's encouraging to see Cespedes handling that pitch so well this year without having to resort to crowding the plate and diving after it. It's one thing to hit the outside pitch, after all, and quite another to do it in a way that's not disrespectful of Bob Gibson, or likely to give up the inner-half advantage that Cespedes fought so hard to win last season.

You need to be logged in to comment. Login or Subscribe
marcat
"Baseball, the most beautiful dialectic." - Plato
Reply to marcat
pobothecat
Bob Gibson is smart. (I now suspect Yoenis Cespedes is, too.)
Reply to pobothecat
dethwurm
It's interesting that he appears to be standing a few inches closer to the plate in the 2013 shots relative to those from 2012. Looks like he's adjusted to being pitched outside. Next we'd expect to see pitchers try to counter that by reclaiming the inside part, backing him up a bit more? Might be fun to check back in a month or two.
Reply to dethwurm