When last we saw our hero, he was limping slowly to first base because of (at best) the pain of his plantar fasciitis or (at worse) lingering effects from his "very minor" offseason knee surgery or (at worst) some undisclosed foot, ankle, knee, or hip injury still to be diagnosed. He was trying his best but he was in a lot of pain. He was slow.

This week, he is also slow. He is slower, or at least as slow and less incentivized to prove otherwise. As a reminder: two years ago, Pujols could go from home to first in about 4.5 seconds. Jose Molina is capable of going from home to first in around 4.7 seconds. The fastest time we had Pujols at last week was 5.11 seconds, in a game-ending bang-bang play.

He kept hitting groundballs this week. It's not easy to watch him run out those groundballs, but a) he deserves credit for what he's putting himself through, and b) this is a pretty big story that doesn't seem like is going to go away this year. Here's how it went, running to first base on those groundballs.

You don't necessarily think about how runners can affect each other's speed. This is a fairly routine double play ball, and yet Pujols ran harder on this one than he did any other time this week, even on plays that were seemingly more in doubt. Why? Probably because Mike Trout was the runner on first, and Pujols knew that Trout's speed would mean Kinsler would have a contested throw. Because of Trout's speed, there was enough doubt on the play that Pujols went pretty close to full effort. Meanwhile, Trout's takeout slide was ineffective because it was Pujols running, so Kinsler didn't have to hurry at all; he could simply clear the bag, dodge Trout, take his time, and throw to first. It took about 4.6 seconds for the ball to get from Pujols' bat to the first baseman's glove, a turn too slow to get most major-league runners. Had, say, 2006 Albert Pujols been running, Kinsler might have had to pivot and throw while Trout was sliding into him. So Trout affected Pujols' running; and Pujols negated Trout's running.

Unlike last week, there are no plate appearances in which Pujols failed to run out the entire play, though the Mariners' feed of the game did cut from the play before Pujols reached first base. By the time he gets to first, here is the scene:

A list of things that have already happened by the time Pujols reaches first: 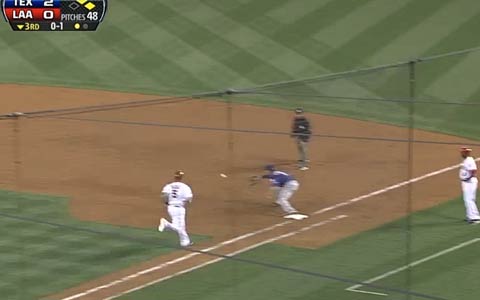 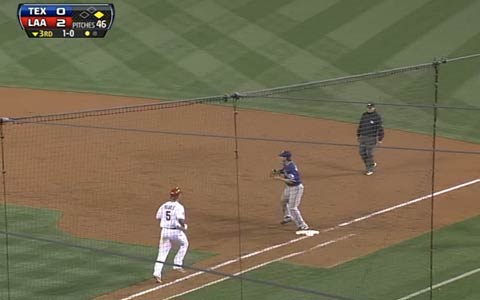 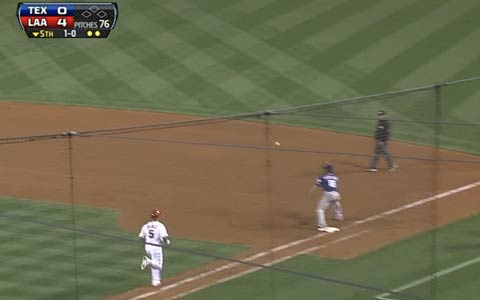 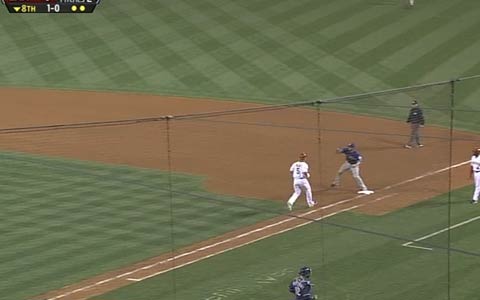 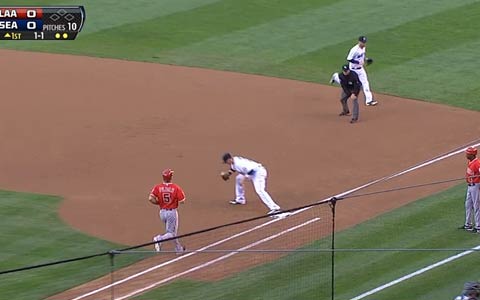 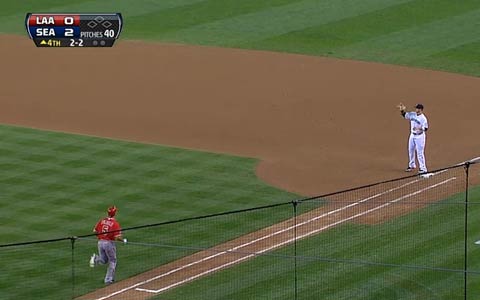 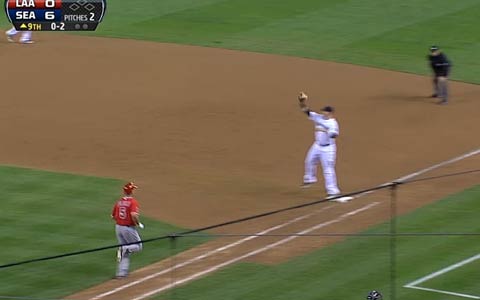 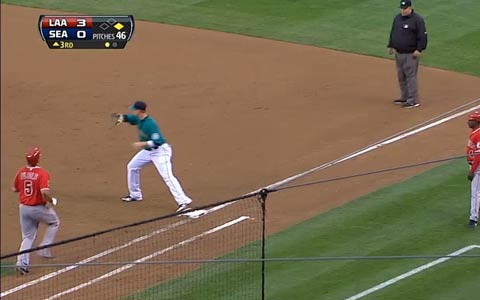 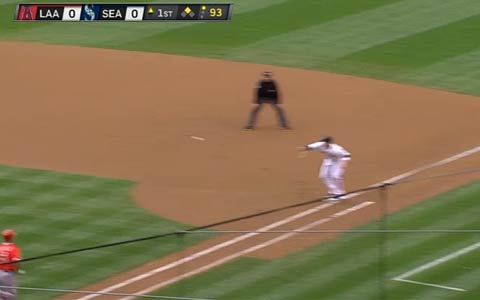 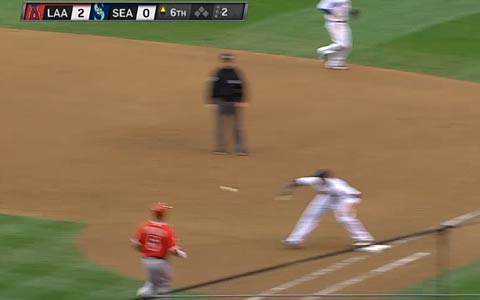 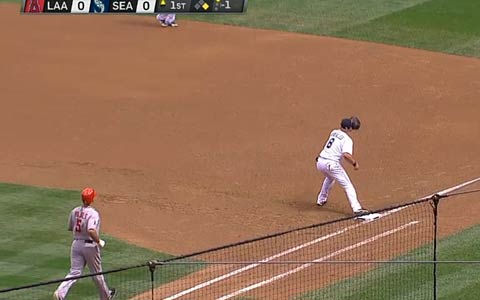 You need to be logged in to comment. Login or Subscribe
kenraty
Sam,
I realize it's early in the season and the sample size is small, but is Pujols hitting more ground balls this year than historically? And his swing looks to be all arms at this point. What are your thoughts?

Reply to kenraty
rileybreck
I would guess that the pain in his left foot is weakening his front side and limiting the output he's getting from his lower half. Thus, the arms are relied upon to do more work.
Reply to rileybreck
lyricalkiller
He is hitting a lot more ground balls this year than historically. I'm not prepared to give you an explanation yet, but maybe next week.
Reply to lyricalkiller
Schere
This series is really depressing. Can you put some cat memes in here or something?
Reply to Schere
km9000
Well, Angel blog antidotes for particularly bad losses of late do include adorable cat GIFs.
Reply to km9000
bhalpern
Abyssinian Beltre, Lion Kinsler, and Minskin Moreland can haz double play.
Reply to bhalpern