BP Alumnus Marc Normandin and I are cat-lovers. No, no, we're not cats who make out with each other. We have cats, and we love them. We're also, duh, baseball-lovers. What better way to combine our interests than to have our cats make their best guesses at who the winners of the 2013 season will be?

You can see Marc's results here.

In my house, there are three cats: Joey from the Bronx, Tami Taylor, and Louise Archer. I had some designs on letting Joey (a New York street cat from way back) pick the East divisions, Tami (born and raised in south Texas) pick the Central, and Archer (an Angeleno) pick the West. This would have required literal cat-herding, though, so I decided to let the cats make the decisions among themselves about who would be making which predictions. Joey exhibited strong leadership skills and significant #want by stepping forward to organize the process. By which I mean he took over the process, since the process involved eating bits of kibble that I laid out on the logos of the various teams, and Joey is a hungry man pretty much all the time. Also he outweighs the other two by at least 30 percent, so they tread carefully in re getting in his way.

Cats eating stuff turns out to be hard to grab photos of, but 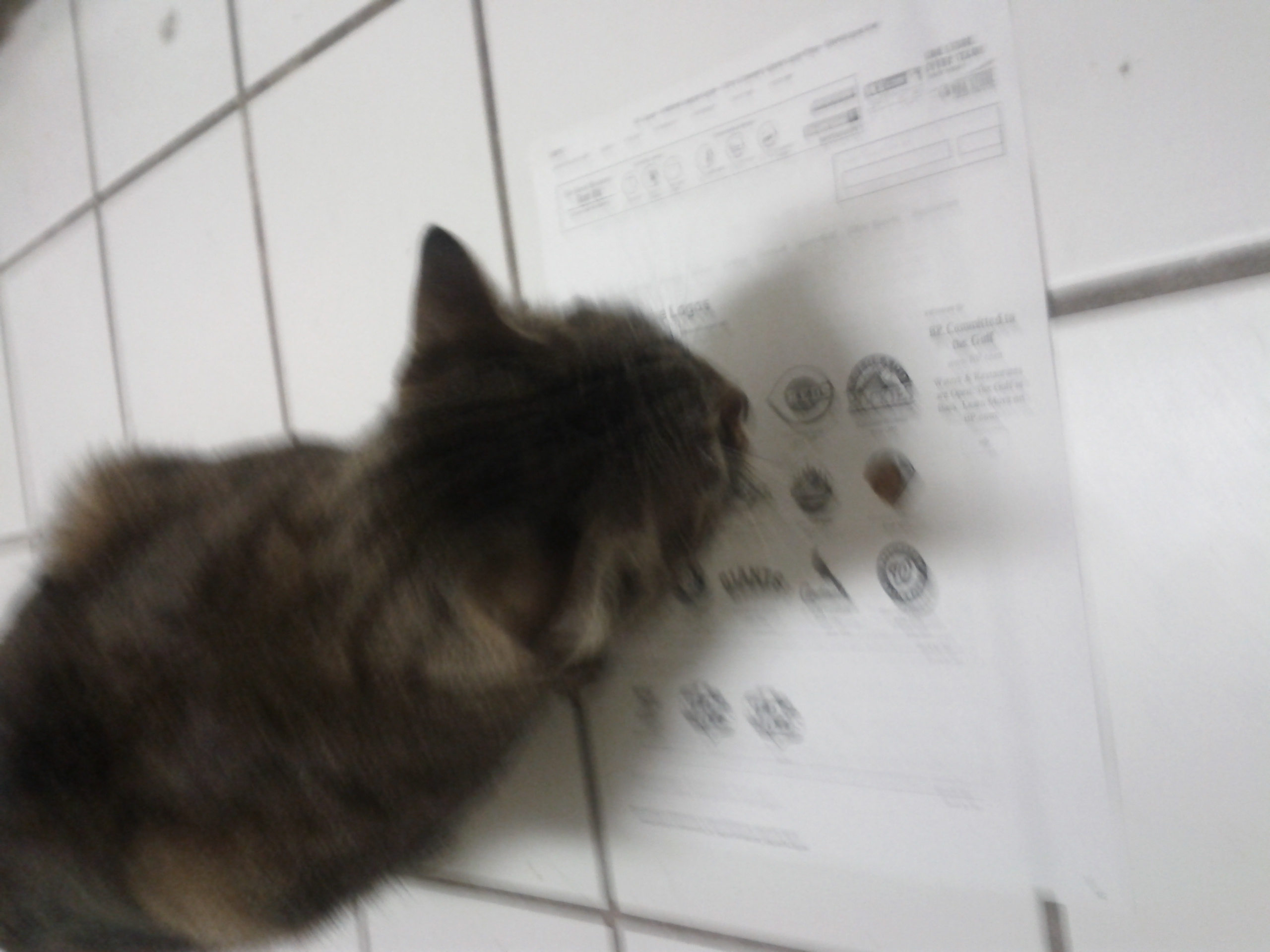 That's Tami making a selection. I'm not sure if it's a divisional race or a tiebreaker of some sort. 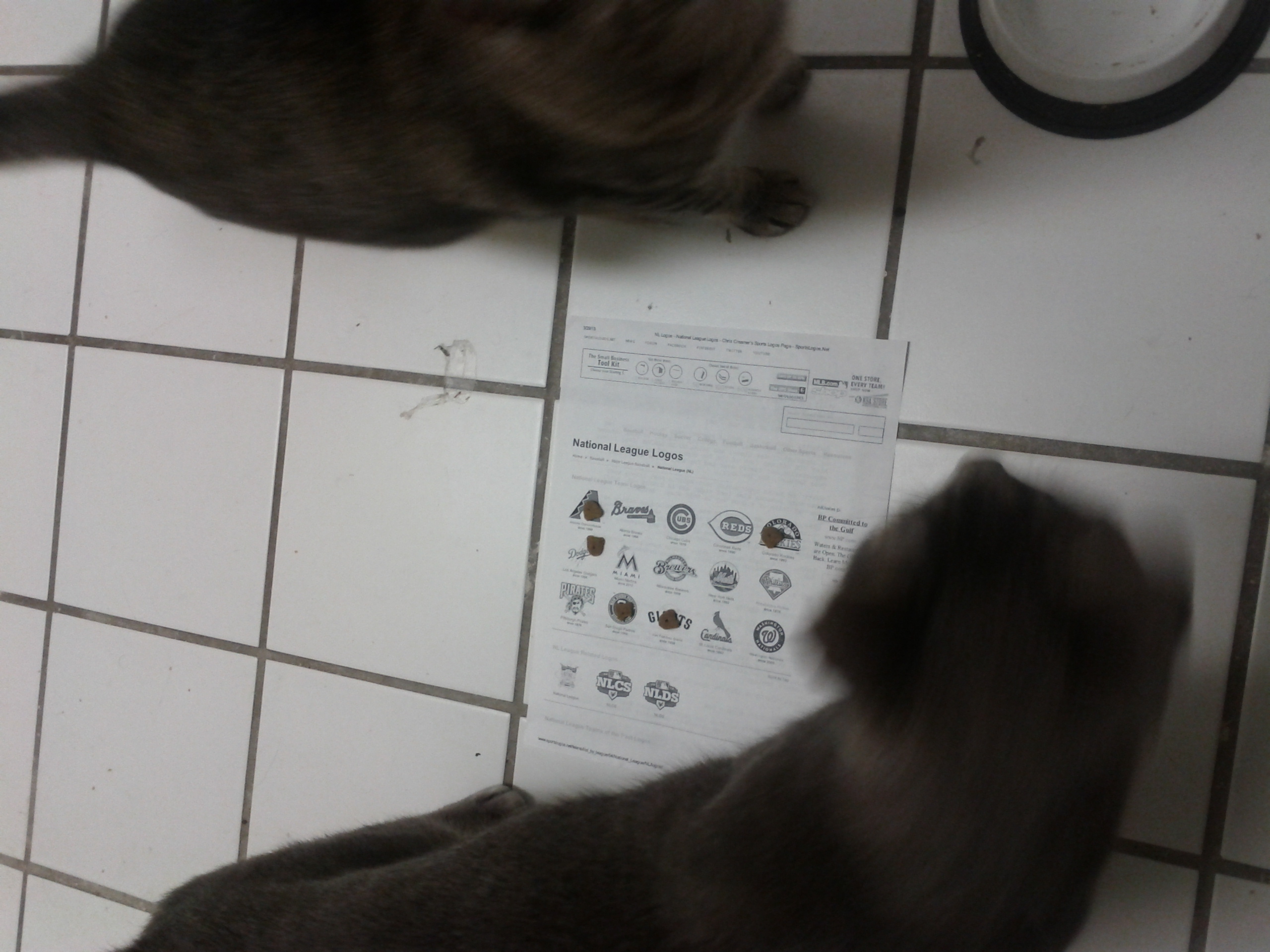 Until they got into the spirit of things, though, this is how the selection went much of the time: kibble on the floor, cats looking around wondering what's going on. They heard me shake the canister. They know there's kibble to be had. SO WHERE IS IT. Cats, it turns out, are as blind as Mark Reynolds.

Divisional round winners: Nationals and Brewers

Divisional round winners: Mariners and Yankees

Analysis: The cats somehow came away with an entirely plausible World Series after sending five of the eight or so worst teams in the league to the playoffs, so I'm going to declare this a grand success. 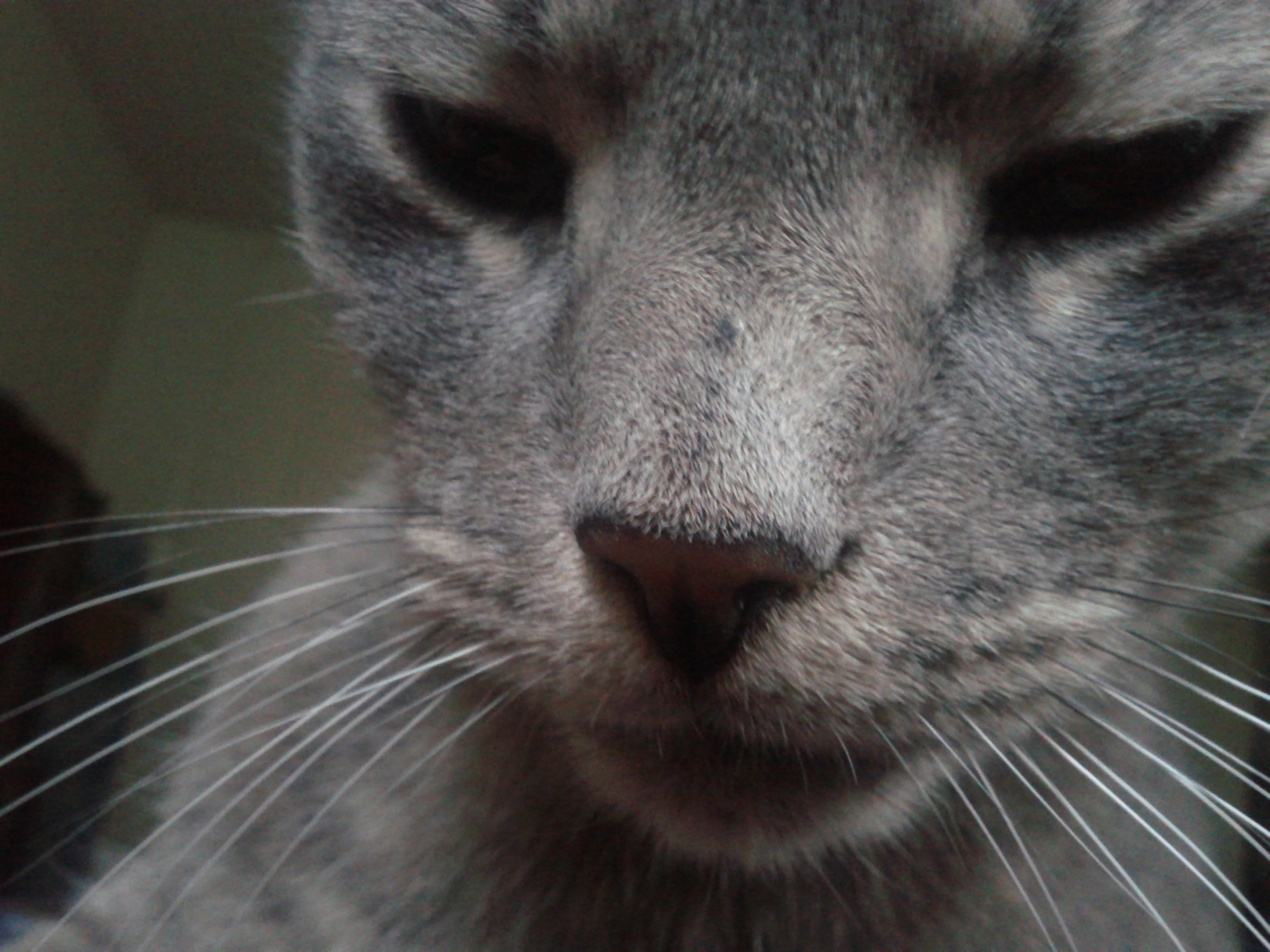 You need to be logged in to comment. Login or Subscribe
msurell
Absolutely awesome!! I may be in the minority but I love this piece!
Reply to msurell
LlarryA
You know, if the rest of us with (owned by) cats repeated the process, we could come up with a sizeable cat-prediction database. And that and 5 bucks will get you a cup of coffee...
Reply to LlarryA
Ankiel66
I am totally going to try this with my kitties this weekend!

This is the best BP article that I have ever read.
Reply to Ankiel66
doctawojo
This is either the first BP article you've ever read or else I have to declare you objectively wrong, but either way, I appreciate the kind words.
Reply to doctawojo
lyricist0
*sigh* I'm just disappointed that the Twins are going to win the AL Central only to lose in the ALDS.
Reply to lyricist0