When I go to minor-league games, I find myself focusing mostly on the advertisements on the outfield walls. They're a strange blend of multi-national companies—does Deutsche Bank (hypothetical example) even know it is paying $400 a year for a square of left-center field advertising in the Midwest League, or did they send a fax to a one-digit-off number?—and tiny, tiny companies, some not even companies. One girl selling Girl Scout cookies. That sort of thing.

And then I started to wonder (no I didn't) whether these ads might actually represent their home teams' 2013 outlooks (they don't) and realized that they actually do (not really)! So what follows is a framing device. Enjoy! 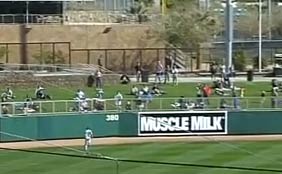 Company Slogan (not real): When You Want To Get Really Strong Really Fast And You Don’t Care How Much It Costs (Or Whether You’re Getting A Bit Of Arsenic, Lead, And Cadmium In The Package) 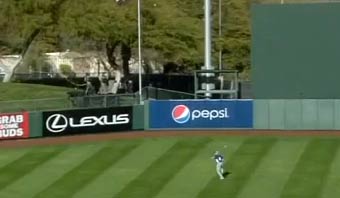 Slogan (not real): Show Everybody You’re The Second-Richest Dude In Your Neighborhood
Alternatives (all text real):
Rustler’s Rooste Steakhouse: “Yup, we’ve got rattlesnake.” 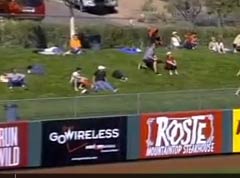 Michael Monti’s La Casa Vieja: “Numerous ghost sightings have been reported at Monti's through the years.” 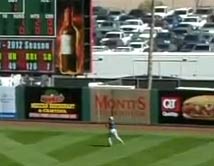 Honey Bear BBQ: “You don’t need no teeth… to eat our meat.” 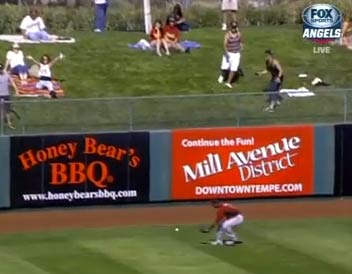 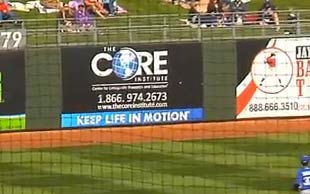 Slogan (not real): Have A Degenerative Hip Injury? Always Hurt? We’ll Make It Go Away! 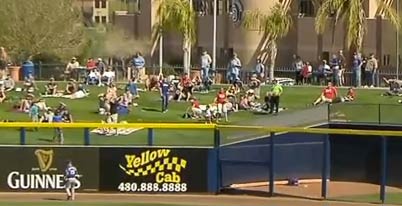 Slogan (not real): Because Nobody Else On This Team Can Drive Anybody Home!
Lololol: Lololol. Dumb joke was like 80 percent of the reason I decided to do this dumb piece. 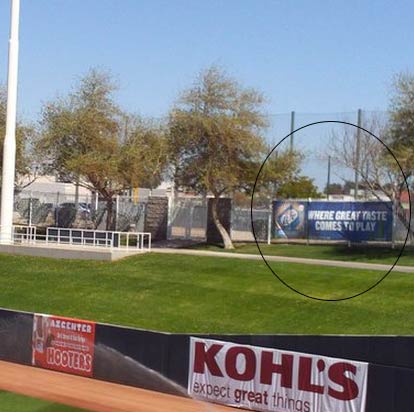 Slogan (real): Where Great Taste Comes To Play
Definitely. The Brewers have a catcher who is great at framing, an offense that led the league in scoring in 2012, and a farm system bolstered by a solid return for Zack Greinke last summer. More than anything, though, they 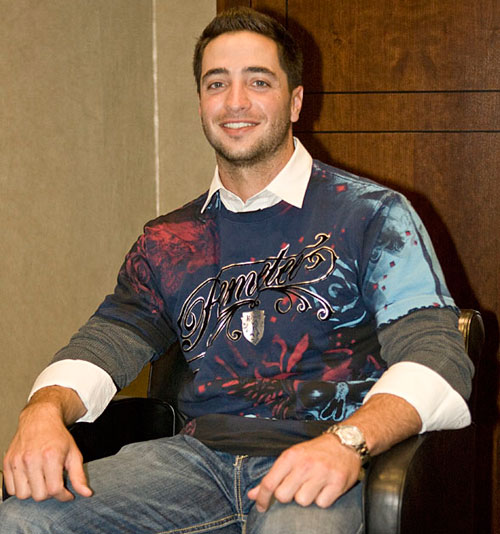 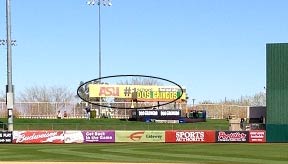 Slogan (not real): So You’ve Wasted Your Whole Life So Far, But You Can Still Turn Things Around By Going To A University That Doesn’t Care What Kind Of Screw-Up You Have Been For The Past 18 or 105 Years. 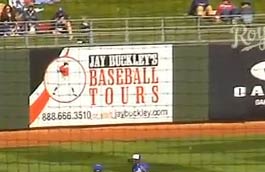 Company description (mostly real): As a fan [or Royals player] on a Jay Buckley Baseball Tour you will take in great games, phenomenal ballparks, and enjoy the sites of great “baseball towns”, not unlike what young players did back in-the-day when all they wanted was to play the game, because they loved it. The tour ends on Sept. 29.
Testimonial (unrealistically real): “This trip was perfect for me. Out of a high score of 10, I give it a 11 or 12.” 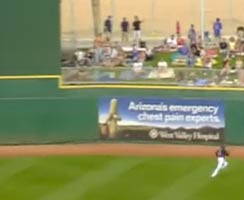 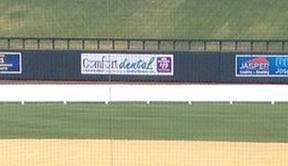 Slogan (not real): This Will Be Super Fun, And Super Like Dental Work 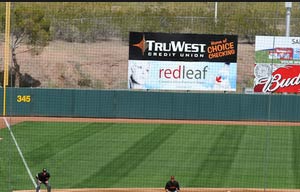 Slogan (mostly real): Getting into your new home can be overwhelming. TruWest Credit Union is here for you. 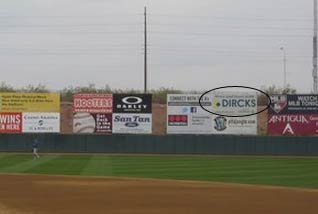 Slogan (not real): Moving into your new home can be overwhelming. Dirck’s Moving and Logistics is here for you. 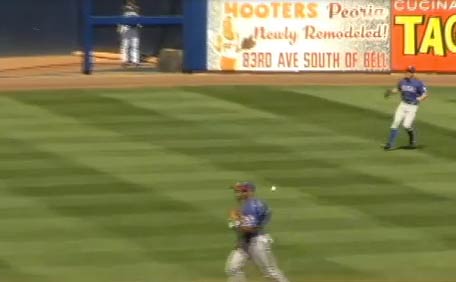 Slogan (real): Newly Remodeled
This is my favorite of the ballpark ads, or more specifically the one that makes me ashamed to be male. It shows a typical (I guess? Not to be over-the-top in my righteous indignation here, but even though Hooters waitresses might fit a physical mold, each one is a beautiful and  unique snowflake) Hooters waitress, alongside the words “newly remodeled.” I’m maybe 65 percent sure no connection was intended, which means I’m 35 percent sure that they literally used the word “remodeled” to describe the woman who was hired to serve men dinner. What a danged country. Anyway, the Padres brought the fences in, remember? 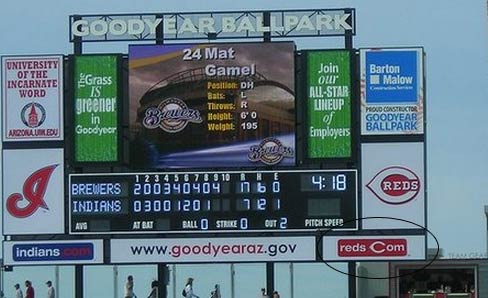 Slogan (real): This Is Reds Country
Before the offseason began, I’d have bet on the most applicable ad being the one on the top right of the scoreboard: Barton Malow, the construction company that build Goodyear Ballpark. But after signing Nick Swisher and, especially, Michael Bourn, the Indians aren’t really rebuilding as much as they’re hoping to copy the other Ohio team, which went from sub-.500 and 17 games out of first in 2011 to a division title and the second-best record in baseball in 2012. 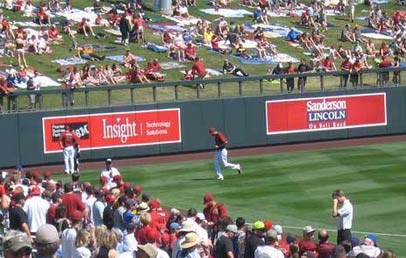 From the dealership blog (real): For the first time in the history of this study, there were fewer problems with all-new or significantly redesigned models than carry-over models.
Explanation because this joke is opaque at best: The Diamondbacks traded their good players away because they’re going all-in on clubhouse chemistry, and now there will be fewer problems than ever! 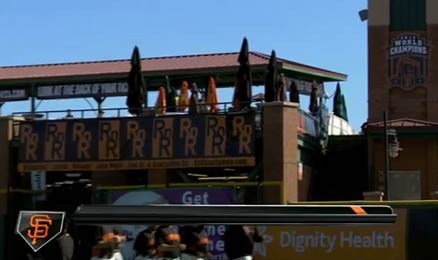 Description (mostly real): The Evening Entertainment Group (EEG) specializes in event and party planning. We have many venue options that will create the perfect ambiance for any type of party, from an intimate private dinner to a large corporate reception to a parade down Market Street with like a million people. 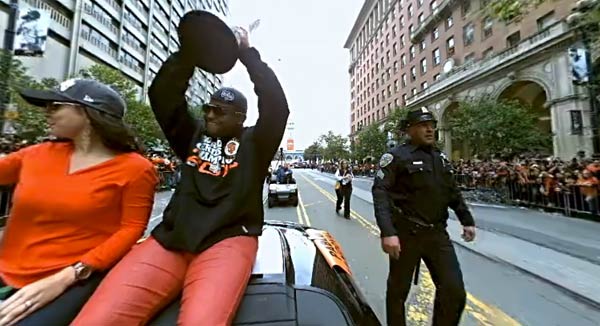 Sorry, White Sox, but there was only one Muscle Milk joke I could squeeze out of the mostly ad-free stadium you share with the Dodgers.

Reply to rexcoot
gweedoh565
I love that when Sam has a stupid idea he dives head first into the stupid.
Reply to gweedoh565
gweedoh565
AND it ends up really entertaining for the rest of us. <- I felt the need to add this lest anyone think my first comment was intended as an insult, which it most definitely was not. :)
Reply to gweedoh565
kcshankd
Gonna miss Phoenix this spring, thanks for the update.
Reply to kcshankd
jimcal
LOL on Hooters one, I meant, com'on! people need to eat lunch instead of spray on their monitors.
Reply to jimcal
LlarryA
I've had the Rattlesnake at Rustler's Rooste. At a previous job, the owner sprang for some (it's expensive) at the Christmas party. Tastes like chicken. (Well, a little greasier...). Not bad, but I haven't seen a need to have it again since.
Reply to LlarryA
gpurcell
It was worth it for the Yellow Cab joke.
Reply to gpurcell