In the mid-1990s, an unlikely hero stepped onto the softball field. His goal was an admirable one, to raise money for charities across the country. Traveling around the country, the long-haired crooner would lead his squad against a collection of local athletes. So who was this silver-voiced Clark Kent? None other than Michael Bolton, who led his team the "Bolton Bombers" to charity softball games around the country.

This Columbia recording artist and songwriter has been going around the country playing softball for charity since 1993. In the last three years, Bolton has played 53 games for various charities. The result is over a half a million dollars raised for these great causes.

And this is what it looked like when Bolton and his Bombers played softball. 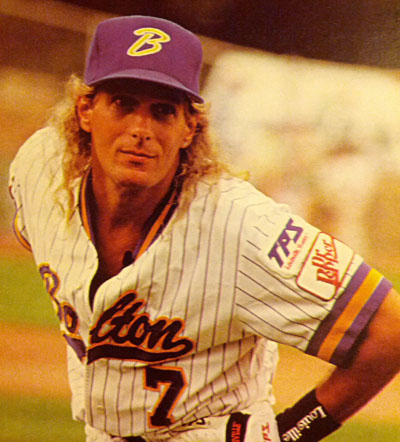 That chest is so sexy. 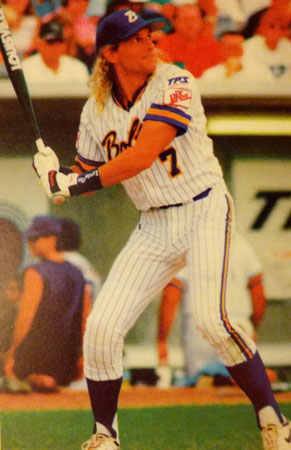 That one is going over the fence. 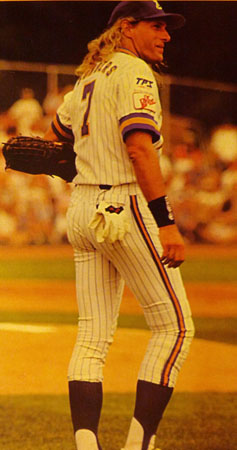 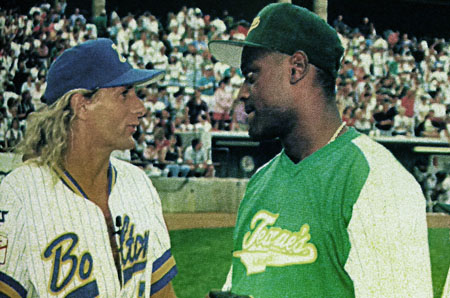 One more look at the chest hair.

For five years, Bolton's Bombers played Teague's League, a softball team led by Green Bay Packers safety George Teague, in Appleton, Wisconsin. For at least one of those years (1996), the teams also played in Milwaukee at County Stadium, when the charity softball game pushed back the start of a Toronto/Milwaukee match-up in order to raise more money. Robin Yount joined some of Teague's Packers teammates in the event.

The head groundskeeper of County Stadium had this insightful quote when discussing Packers 325-pound lineman Gilbert Brown playing catcher: "He is a big man."

You need to be logged in to comment. Login or Subscribe
jnossal
Not that ass-clown.
Reply to jnossal
denny187
Yeah...what a jerk. Raising money for charity? Idiot...
Reply to denny187
NYYanks826
If you could go ahead and watch Office Space ASAP, that would be great...yeaaahhh.
Reply to NYYanks826
seabass77
I worked at Wilson Park in Milwaukee as a teenager when he brought his team. They were good and he could go yard. It was packed and I was amazed at how many older women were there. He was kind of a big deal.
Reply to seabass77