According to Body Language University, which sounds like a completely legitimate and accredited academic institution, facial expressions are among the most important elements of human nonverbal communication. That explains how Clint Hurdle has earned a reputation as an especially good communicator: he has the most expressive face of any major-league manager. Most of the time he uses his facial expressions for good, but sometimes he gets angry at umpires. And when Hurdle gets angry at umpires, his face contorts into shapes that some viewers may find disturbing.

Although last year didn't bring us any faces as memorable as the Purple Hurdle scare of 2011 (which turned out to be less scary than it seemed), Hurdle still got into arguments with umpires, and he still made some memorable faces shortly before or after being ejected from games. These are the best of those faces. 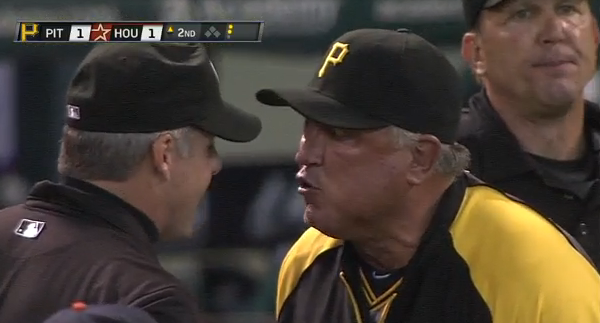 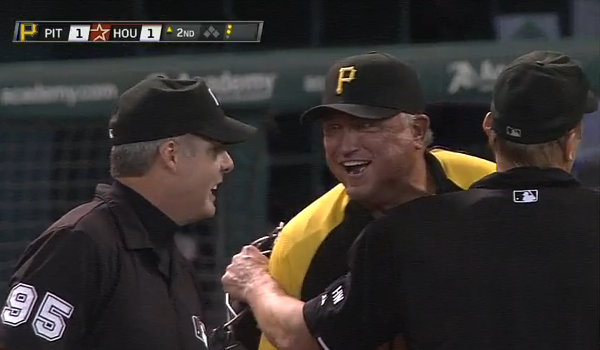 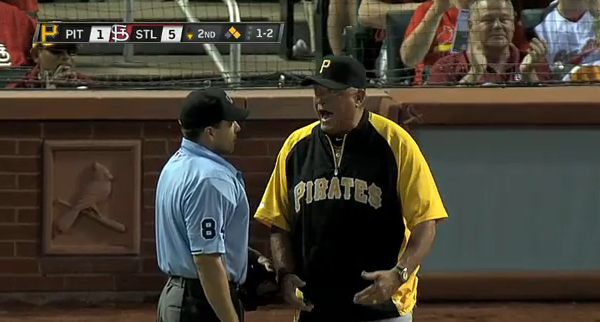 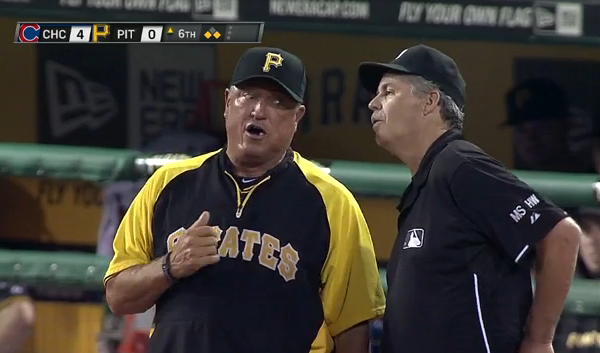 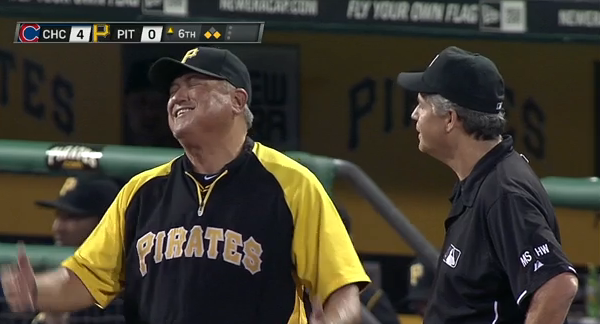 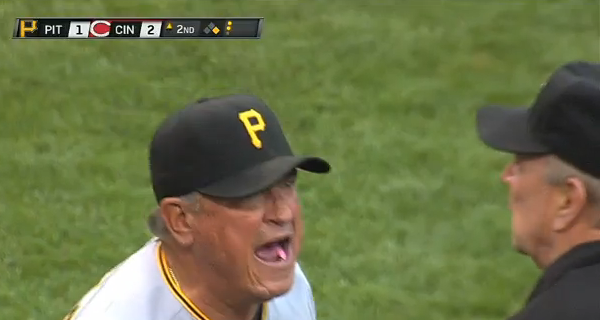 Um, except it's not.. it's just a person's blog.
Reply to Oleoay
bornyank1
Joke!
Reply to bornyank1
Oleoay
Heh I used to work for a for-profit career college and accreditation was never something to joke about. You could even get fired for implying a program had accreditation that it didn't have.
Reply to Oleoay
gweedoh565
...says the guy who quoted 'eseduce.com' as an authority on mental illnesses.

Never going to let you live that one down, Richard.
Reply to gweedoh565
Oleoay
Eh well, you wouldn't be the first to remember things about me ;) On the flipside, I did say I was commenting from work and offered to hop on ProQuest once I got home.
Reply to Oleoay
MarkJLutz
As a Pirates fan, I would appreciate a device that showed me Hurdle's facial expression at the end of each game. It would save me a lot of time reading box scores and game logs as well as viewing video highlights.
Reply to MarkJLutz
Dodger300
I prefer the face Hurdle in his photo on the cover of SI.

http://sportsillustrated.cnn.com/vault/cover/featured/8580/index.htm
Reply to Dodger300
Schere
I loved this post. Thanks.
Reply to Schere