Much, perhaps too much, is made of the multiple models existent that attempt to characterize a player's value relative to replacement level. "A man with one watch always knows the time, while a man with two watches can never be sure," is an expression. Most of the time, though, WAR, WARP, and WAR are close allies. How good is Joey Votto? you might ask. And the answers you get:

will all lead you to the same general picnic spot. You are a busy person and if you don't want to spend most of your time weighing competing assessments of major-league players, it it understandable, and you will rarely pay for narrowing your vision to just one, whichever one it is.

But sometimes these systems stray from each other by such a magnitude that they tell very different stories about players and seasons. In such a case, which system should you follow? It is a personal decision, one without necessarily a correct answer, but one that we are prepared to help you answer. What follow are a dozen timely disagreements between the models. In each case, simply pick the statement that seems *most* right to *you*; keep track of your answers. By the end, you will know something about yourself, namely which WAR(P) is right for you.

1. This is a picture of B.J. Upton, who signed a five-year contract worth $75 million this offseason. 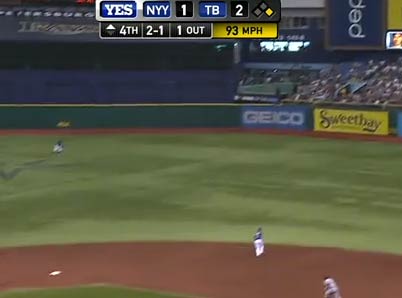 2. This is a picture of Zack Greinke, who became the highest-paid right-handed starter in history this offseason. 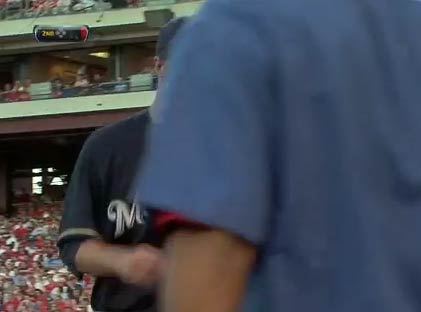 3. This is a picture of James Loney, who signed a one-year, $2 million deal with the Rays. 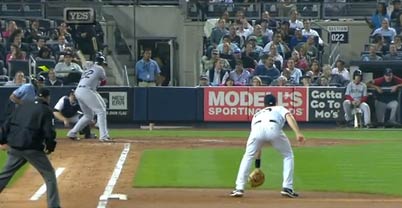 4. This is a picture of Jeremy Hellickson. Hellickson was part of trade rumors this winter, but ultimately it was James Shields, not Hellickson, who was traded. 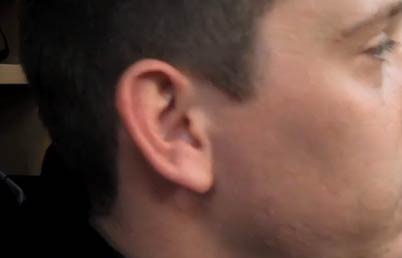 5. This is a picture of James Shields. The Royals traded for him because they needed somebody who could start Opening Day. How good is Shields? 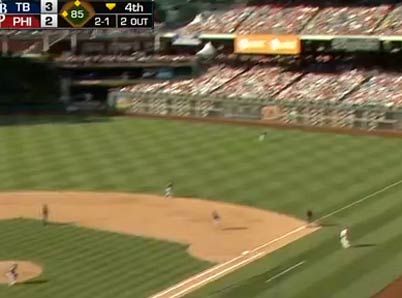 6. This is a picture of Evan Longoria, whom the Rays extended for a long, long time. All the systems agree that Longoria is elite: 15.3 wins over the past three seasons on the low end, 17.3 on the high. But evaluating his extension means figuring out what the going rate is for third-base extension candidates. Longoria's deal is similar to Ryan Zimmerman's, signed a year ago. What sort of player is Ryan Zimmerman? 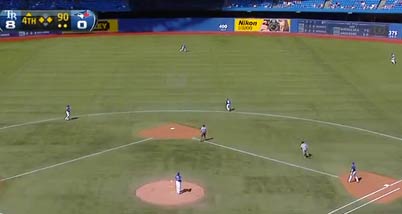 7. This is a picture of Ichiro Suzuki, who will reportedly return to the Yankees on a two-year deal. What sort of player is Ichiro these days? 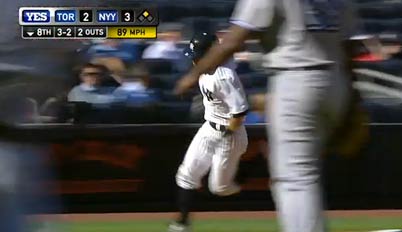 8. This is a picture of Brandon League, who signed a three-year, $22.5 million. Most would agree it was an overpay, but by how much? 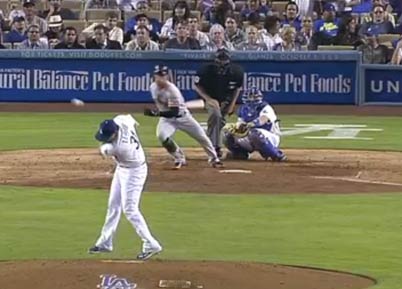 9. This is a picture of Ben Zobrist. The addition of Yunel Escobar allows the Rays to move Zobrist off shortstop next year. Zobrist is great! How great? 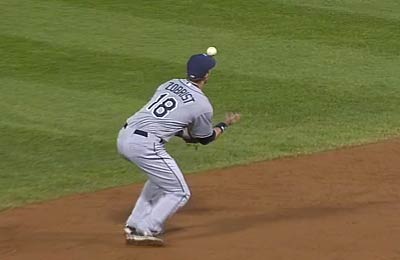 10. This is a picture of Brandon McCarthy. McCarthy signed for two years and $15.5 million with the Diamondbacks, about the same contract Joe Blanton got. 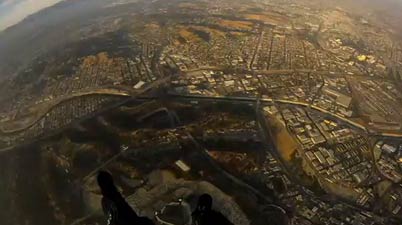 12. And, finally, this is a picture of R.A. Dickey, who won the Cy Young award but can't get an extension worked out with the Mets. No wonder, given how much disagreement there is over Dickey among the advanced metrics. R.A. Dickey is either:

Scoring.
Scoring is ridiculously simple. Count up your answers. What's the most frequent answer?

And if you find yourself with a three-way tie, congratulations. You are an intellectually curious sort who appreciates knowledge and insight whencesoever it comes.

You need to be logged in to comment. Login or Subscribe
bgrosnick
The whole article is great, but the pictures are definitely the best part.
Reply to bgrosnick
Oleoay
Those pictures are frigging hilarious. I think Grienke or Ramirez are my favorite ones.
Reply to Oleoay
rawagman
So much pathos in the Hanley shot.
Reply to rawagman
Oleoay
You know what the Hanley picture reminds me of?

"Once again, the L.A.P.D. is asking Los Angelenos not to fire their guns at the visitor spacecraft. You may inadvertently trigger an interstellar war." - Independence Day

As far as pathos go, I can imagine Hanley being one of the leisurely marksmen.
Reply to Oleoay
gweedoh565
Hanley has really let himself go.
Reply to gweedoh565
TheRedsMan
So, this begs the question "why?"

What are the systemic differences in the three WAR systems that lead to these divergent results. Presumable it's things like:

Is it possible to identify the strengths weaknesses of each system as it relates to a certain type of player and pick which of the three is most likely the "best" measure?
Reply to TheRedsMan
gweedoh565
Baseball Reference has a fanastic tabular breakdown of the differences between each metric:

http://www.baseball-reference.com/about/war_explained_comparison.shtml
Reply to gweedoh565
mickeyg13
This seems a bit backwards. Each implementation of the WAR framework makes slightly different assumptions and thus answers slightly different questions. One should start with figuring what question(s) one wants to answer and what assumptions one is comfortable with, and that can dictate which implementation to use. Starting with the answer and then searching for what question produces it works better in Jeopardy than sabermetrics.
Reply to mickeyg13
jfranco77
I love the Hanley picture most of all.
Reply to jfranco77
Infrancoeurgible
Subjective-objective metrics. I like it.
Reply to Infrancoeurgible
jimcal
Why is only B has Huzzah!? This must mean something.
Reply to jimcal
Oleoay
Because WARP is a BP metric and the other metrics aren't BP.
Reply to Oleoay
SaxonB
Huzzah!
Reply to SaxonB
cdt719
The biggest career difference I've noticed is Tommy John, who I looked up after reading Adam Sobsey's recent article that mentioned him. He had a lousy FRAA, so BP has him at 12.7 career WARP, while B-R has him at 56.7 and Fangraphs 78.7.
Reply to cdt719
km9000
Those will make excellent desktop wallpapers... tiled even!
Reply to km9000
Dodger300
Shouldn't this be a zero-sum game?

If one system assigns a player more wins than the otther system, it must assign another player(s) a corresponding amount less, so that all should come out with exactly 2430 wins per season (30 teams x an average of 81 wins each).

Has anyone checked to see if the arithmetic balances correctly in all three systems this way?
Reply to Dodger300
Dodger300
Sorry, I screwed up the math.

It should be 31 wins per team (above the replacement level of 50 wins) times 30 teams, equals 930 total WAR each season.
Reply to Dodger300
doctawojo
That assumes they all use the same replacement level, which isn't true, and further that the replacement level is adjusted empirically each year, which, e.g., at least per the chart posted above, fWAR does not do.
Reply to doctawojo
Dodger300
I am not a good enough mathematician to ever figure this out, so I will just ask it as a question:

However they are calculated, is there enough negative fWAR, WARP, and bWAR, in any given year, to keep the average from going over 81 wins per team? Because just from my cursory observation, that does not seem to be the case.
Reply to Dodger300
Natsfan820
I found that was was a WARP feller for batters and a bWAR one for pitchers.

Note that the "evidence" is to some extent tainted, since one's answers will depend to a great extent on which sites/analysts one reads.
Reply to Natsfan820
cjett1
bWar wins for me and I visit that site the least! Interesting.
Reply to cjett1