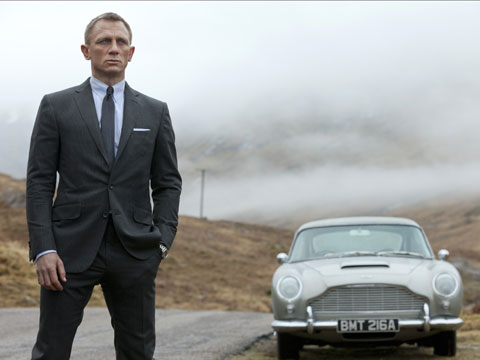 "Skyfall", the newest entry in the James Bond franchise, earned $87.8 million in its US debut this weekend. Starring Daniel Craig as Bond (his third film as the good-looking spy), Dame Judi Dench as M, and "No Country For Old Men's" super-freak Javier Bardem as Silva, the creepy cybervillain with M—- issues, the film takes Bond and company on a long, gorgeous journey back to where it all began. Refreshingly, Silva's motives are grounded in a reality that anyone used to a Roger Moore- or Pierce Brosnan-style Bond won't recognize. Meanwhile, Bond himself re-introduces the audience to some familiar 007-tropes before first deconstructing and then reassembling them for the modern audience. With beautiful direction from Sam Mendes and a serious script that actually makes Bond's trials relatable to the viewer (unlike, say, trying to prevent a worldwide crime syndicate from starting World War 3 by abducting space vessels from orbit ), "Skyfall" is quite probably the best James Bond movie ever, a special feat considering the franchise's 50 years and 23 movies. However, much like making the bold statement that baseball today is better than it ever was in any of the "golden eras" some cling to, it's a statement that will anger many fans still grasping for their youthful memories.

In baseball today, some of the greatest athletes to ever play the game play it at levels that someone from the 1930s or 1960s wouldn't be able to imagine. A 100-mph fastball or 93-mph slider isn't just reserved for the sport's top players once in a blue moon, it's something we see in practically every game by the most non-descript of players. When Mike Trout or Brett Gardner runs a flyball down from clear across the other side of the outfield and then dives at the wall to ensure the out is made, it's a top play on Sportscenter for the night but forgotten by tomorrow's first pitch. Decades ago, that ball would never have been caught in the first place. The home run explosion of the late-90s and early-2000s has given the big blast a bit of a stigma these days—surprise too many people with too many home runs and you're immediately under suspicion—but we are still treated to a special showing of power every day of the week. Adam Dunn, Miguel Cabrera, Giancarlo Stanton, Josh Hamilton, Ryan Braun, Jose Bautista and so many others leave fans in awe on a nightly basis.

Frankly, it's hard to argue that baseball today is not in a fantastic place as far as the game on the field goes, but many still cling to the "golden age", whenever that happened to be. Mickey Mantle, Willie Mays, and Sandy Koufax are icons of 1960s-era baseball. Ted Williams, Warren Spahn, and Stan Musial are representatives of the 1940s and 1950s. Before then, it's Babe Ruth or Lou Gehrig or Ty Cobb or Walter Johnson or Honus Wagner. And that's fine, as far as legends go. They are truly the elite of baseball history and should be remembered that way. But it's naive to act as if everyone playing at that time was on that same level. Throughout the careers of Cy Young, Christy Mathewson, Rogers Hornsby, Cobb, Ruth and a disproportionate percentage of "inner-circle" Hall of Famers, they weren't even allowed to compete against black players. Just five or six years on the wrong side of history, for example, and Willie Mays or Hank Aaron may never have seen a Major League pitch.

Beyond that, teammates of Mantle and Williams and other "golden age" greats were poor athletes who didn't lift weights and who might never have cracked a 2012 double-A squad. Maybe that's a bit strong, but it's closer to the truth than not. Compared to today's players who spend years and years playing ball from puberty onward (and even before), who come from a pool of dozens of countries and tens of millions of youths, and who lift weights and workout 48 weeks out of the year, all with the motivation of a shot at millions of dollars, the everyday players of any "golden age" are practically guaranteed to be worse than those you see today. 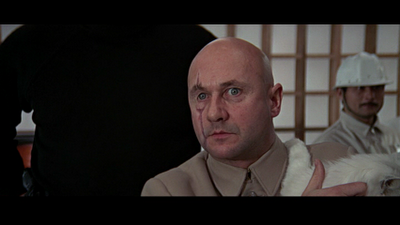 Not that this is a new debate. People have been making the argument for years, as they look back at history and try to re-evaluate everything they took for granted growing up. The time has come, however, for us to do the same for James Bond movies. "Skyfall" shows us that, with a deeply personal and dramatic theme, a strong script, great acting, and wonderful directing, a James Bond movie can be something more than just a campy spy movie or a showcase for ridiculous gadgets that just happen to predict the exact peril their owner will face this week.

Granted, those fans who swear fealty to "classic Bond" are, nearly unanimously, in the bag for the one and true Bond, Sean Connery. He's Babe Ruth and Mickey Mantle to Roger Moore's Dave Kingman or Daniel Craig's Roger Clemens. Connery had no use for submarine BMWs or nuclear physicists played by Denise Richards, and he never took his charm to the moon. But Connery's run wasn't perfect and anyone thinking otherwise is whitewashing their childhood the same way baseball fans choose to forget that the only reason Ty Cobb had 46 inside-the-park home runs was that no one knew how to field baseballs in those oversized parks at the turn of the century. 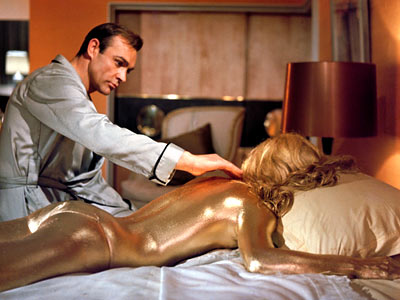 "From Russia With Love", for example, starts out with a group of villains walking through their henchman-training facility—a large, outdoor room with temporary walls and no roof that magically suppresses the sound of all the gunfire going on within. In "You Only Live Twice", Bond puts on a Spock wig and some thick(er) eyebrows and magically becomes Japanese, though he never speaks a word of it. "Goldfinger", the movie most Bond movies are compared to, featured a megalomaniac who was more than happy killing 50,000 men, women and children in order to make a few million dollars and whose plan to do this involved a team of stunt-flying bombshells crop-dusting Fort Knox with a lethal neurotoxin.

These are the three best Bond movies starring the single greatest Bond ever and yet they still have such prominent, glaring weaknesses, weaknesses that would never see the light of day today. And all that is before we mention any of the chronic shortcomings present in every Bond movie, including the stunted, sped-up fight scenes, the cheap, bloodless deaths, and the terrible acting from non-essential characters. We typically let those blemishes go as a product of their time, but, like second and third string players on the Washington Senators or St. Louis Browns, they must be acknowledged for what they are.

The Sean Connery Bond movies have many terrific strengths and helped create some iconic scenes in movie history, but there's a lot in there that doesn't stand up past the filters of nostalgia. Much like comparing today's players—from Albert Pujols and Justin Verlander down to Matt Treanor and Lew Ford—with the "golden age" contemporaries of Ted Williams and Mickey Mantle, saying that 2012's "Skyfall" is the greatest Bond movie ever does not take away from Sean Connery's legendary run as the secret agent. One does not wash away the other.

Besides all of that, "Skyfall" is fantastic and you should see it immediately.

You need to be logged in to comment. Login or Subscribe
bozarowski
Love the article and completely agree with the overall point, but calling You Only Live Twice one of three best Bond movies starring Connery is misguided. Connery is clearly disinterested and out of shape - it's far inferior to Dr. No and Thunderball...
Reply to bozarowski
lgranillo
Thanks. I'll keep that in mind.

Before I wrote this, I asked people on Twitter what the consensus for best Connery Bond movie was. There wasn't one overall answer, but From Russia With Love and Goldfinger were the two mentioned most often, with You Only Live Twice just behind them. I think only one person mentioned Thunderball.

So, as someone who has seen plenty of Bond but never really sat down to watch specific ones (especially not uncut and commercial free), I decided to go with those three as a good sampling of Connery.

I get the feeling that the rest of the Connery films will get watched soon enough, though...
Reply to lgranillo
LynchMob
Having Bond and the Queen skydive into the Olympic opening ceremonies was fantastic and has reignited my interest in James Bond ... and now this article makes me even more interested to see Skyfall ... thanks!
Reply to LynchMob