This article includes a variety of postseason leftovers, including:

1. Updated season lines
There are two ways we usually treat postseason stats: We ignore them completely (the all-time home run record is 762, not 771); or we obsess over them (“Barry Bonds continues to struggle in clutch situations, to the point where failures now are almost expected,” wrote the San Francisco Examiner in a widely quoted 1997 piece.) But what if we did neither of these things? Some revised 2012 season statistics, given the extra information we now have.

Most notably, Miguel Cabrera’s batting average for the entire season is now lower than Mike Trout’s.

Size
Dip ‘ems party is clearly crowded; dozens of different partygoers can be spotted, and early on, when the Dip ‘ems arrive, the party is so crowded that whoever brought the Dip ‘ems must lift them high into the air (Lift ‘ems?) to cut through the mass. 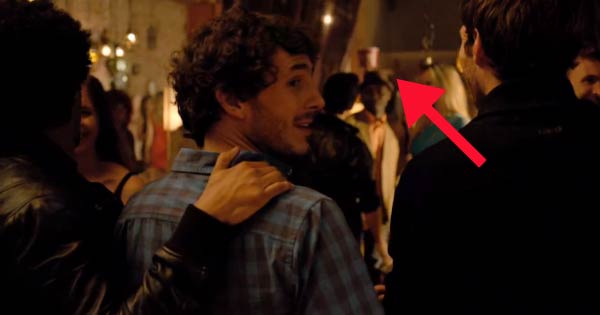 The No Guac party, on the other hand, is much smaller: 14 people are visible, and the mise en scène does not suggest any party flow between rooms. Allowing for folks in the bathroom, maybe there are 16 people here. Except that the baseball game showing on television is also able to interact with the party from within the room; that suggests thousands and thousands of people at this party, if we include all the participants and attendees at that game. There’s also no boundary established between the party and whatever is showing on other channels, which indicates that all worlds real and imagined are able to speak to this party’s partygoers. If you have ever been on TV, or could reasonably be on TV, you were at the No Guac party. Was it fun?

The Dip ‘ems party has Dip ‘ems. One single tub of Dip ‘ems, many of which have already been taken by people who aren’t even eating them and just want to hold them while they dance. 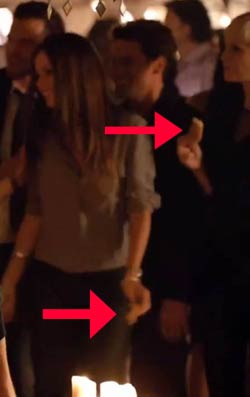 There are also five types of dip for the Dip ‘ems. (Originally there are three types of dip, but two were added later.) 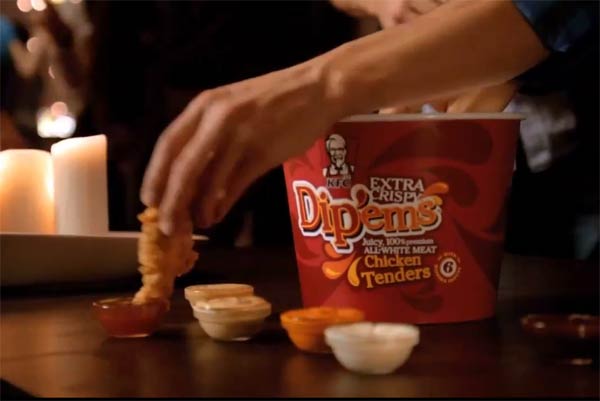 No other food is visible at this party, and the Dip ‘ems table is otherwise empty; if there were other foods (like Trader Joe’s taquitos, or bruschetta) they would likely be at the “food” table with the Dip ‘ems.

Booze
There is not one beverage of any kind visible at the Dip ‘ems party. What an awful party. We don't have to drink to have fun, by any means, but all that dancing and I can't even get a Sprite?

Meanwhile, there is one red cup visible at No Guac party, so there’s a good chance that folks are drinking jungle juice or have a keg. Just one red cup, though, so maybe not. There is also a bottle of water. Considering the controversy over the guacamole at No Guac, we can assume No Guac is primarily a potluck/BYOB party. Considering that the people on the television are directly addressing the people at the No Guac party, we can more safely assume all those guys are screwed up on something very potent and very toxic. “You didn’t bring the mescaline? That’s bush league, bro.”

Ladies
At No Guac, 10 of the 14 partygoers (not including hitter, umpire, and catcher) are male. At Dip ‘ems, I generally count slightly more females than males. There are a lot of shots of women dancing with other women, though, suggesting that there are actually many more women than men and that’s why they have to dance with each other.

Dip ‘ems: All the clocks, unsynchronized 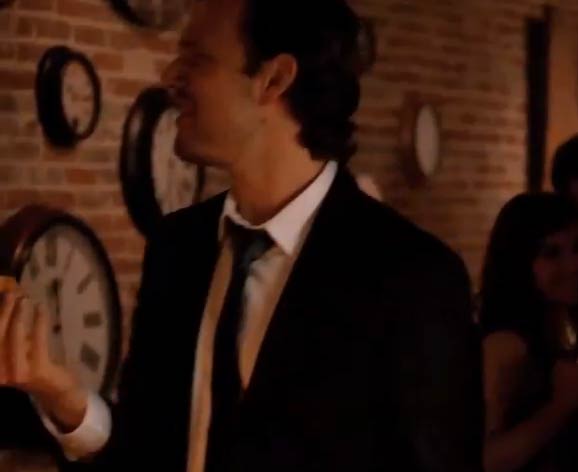 No Guac: A plant

Entertainment
There is loads of dancing at the Dip ‘ems party, which hints at the possibility of a live DJ. At the No Guac party, they are watching a baseball game. Can you imagine anything more boring than baseball?

Final tally: Three each. I guess we just have to go to both of these parties. Don’t forget the guacamole, bro.

4. The unpredictability of it all
It sometimes seemed like these playoffs were hard to predict? Like, that if you tried to predict, your prediction probably wouldn’t come true? You know what I’m saying? As though the things that happened were unpredictable?

Which is to say that the postseason performances we observed were nearly the opposite of what 2,430 games had suggested would happen.

5. The five best or worst headlines on mlb.com

You need to be logged in to comment. Login or Subscribe
holgado
Come to think of it, I've never seen Sam Miller and Carson Cistulli in the same room.

Which is to say, great stuff. Loved the dip 'ems digression. But personally, I kinda like that Ibanez headline.
Reply to holgado
beeker99
Ah, but we have heard them both on the same podcast!
Reply to beeker99
doctawojo
I would ask that you not insult Sam by implying that comparisons between his work and that of others are at all valid.
Reply to doctawojo
Lindemann
The No Guac party is essentially every party I've ever held to watch sports, except that the TV has never talked back to us, probably because we always have guac.
Reply to Lindemann
lyricalkiller
I don't believe it's a sports-watching party, though. I meant to get into this, but they are the only two people paying attention to the game, which is obviously already underway. Everybody else is in groups of two or three, usually gender-mixed, which makes me think this is much more a mixer than a sports party.
Reply to lyricalkiller
TADontAsk
Plus, neither of the two guys who sat down to watch the game are wearing any baseball related clothing.
Reply to TADontAsk
hotstatrat
The most annoying thing about the Fox-cast is that they would only show the player's post season stats as if these professionals become different creatures in October and their regular season stats were meaningless.
Reply to hotstatrat
holgado
Hey, if it's sufficient statistical info for Joe Girardi, it's sufficient for the rest of us!
Reply to holgado
eddiewinslow
That MadBum headline is awful. It's probably the worst in my opinion. Although, I'm guessing a lot of people didn't understand the "get the job Don" headline, and just thought it was a spelling error. Maybe that makes it worse.
Reply to eddiewinslow
mattjkaiser
I can't stop laughing at â€œYou didnâ€™t bring the mescaline? Thatâ€™s bush league, bro.â€
Reply to mattjkaiser
joepeta
Oh that we were denied a "November Reign: Runs and Posey Headline the Giants Title!" MLB headline if only we had been lucky enough to have this series go 7 games.
Reply to joepeta