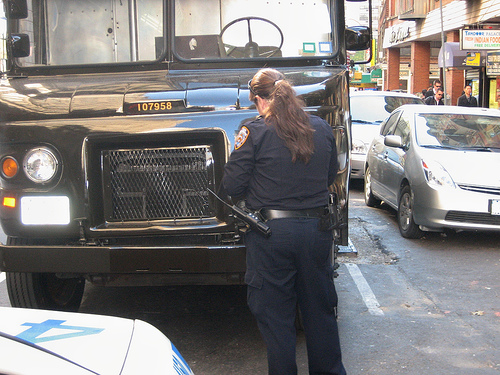 With Melky Cabrera's 50-game suspension on Wednesday, a number of writers and others close to baseball have complained about the penalty Cabrera received. Fifty-games away from the team, a 33% decrease in pay, and the stigma of being a known cheat for the rest of your life isn't enough of a disincentive, they argue. Former two-time MVP Dale Murphy has been tweeting his feelings on the subject almost since the story broke. Murphy and others claim that a stronger punishment might finally deter players from ever breaking the rules in the first place.

As an undergraduate, I can recall a time or two when I was faced with a dilemma: meet the deadline on a paper or project I was working on and turn in a poor or incomplete product, or bite the bullet, accept the late-submission penalty and turn in the project late. I chose the latter, content in knowing that the added time I gave myself to complete the project would pay off in a higher grade even after accounting for the penalty. Maybe I could only manage a 70/100 if I turned it in on time but, if I turned it in two days late, I could improve the paper to a 90/100 level that would be miles ahead of the on-time grade even after a 10-point deduction.

In the world of business, package delivery giant UPS has one mission: get that package out of the back of their big, brown trucks and into your hands as quickly as possible. Not only does this make them more money by making you a happy customer, it also makes them more money by maximizing the number of packages they deliver in a day. There is no time for a driver to spend searching for a parking space for their trucks. In big cities with limited parking, this means that the delivery driver will often double-park in the street while he goes inside to deliver the package. But remember: double parking is illegal, even for UPS trucks. They can and do get tickets everyday, but neither the drivers nor the company care. It is much more important to get those packages delivered in a timely manner than to spend five or ten minutes' worth of time at every stop trying to find a parking space. As such, UPS and the like pay millions of dollars in ticket fines every year as if they were credit card fees or the monthly power bill. In 2006, UPS paid the city of New York $18.7 million in parking violations. That's in one city!

The problem is that different punishments mean different things to people depending on their circumstances and motivations. To a poor recently-graduated theater tech major, a $100 ticket might drop them down to dry ramen noodles for yet another week. For big-money corporations or anyone else with a large checkbook, $100 in fines may be worth the convenience they gain in skirting the law. Clearly this is the case for UPS in New York City.

For Cabrera or any player contemplating PEDs, we don't know if they have done this mental calculus. Maybe those crying for a harsher penalty system are right. There is a very real possibility that Cabrera and others like him see a 50-game suspension as a worthwhile risk in their quest to earn $50 or $100 million. It's a lot of money on the table and the payoff is almost certainly more, monetarily, than any potential loss. Of course, it could also be that Cabrera was naive enough to think that he would never get caught and so he never considered the full extent of the prescribed penalties. He could be sitting home at this very moment, lamenting what he's done to his teammates and wondering how he might ever get over the damage he's caused himself. (From some of the language being tossed about, that might seem impossible.) We'll likely never know.

Making the penalty for first-time offenders even stricter, however, isn't the answer. The current penalty is more than enough to dissuade most players from any illegal activities. Chances are, if someone is okay with risking a 50-game suspension and sacrificing a few million dollars in income at the chance of making five- or ten- or 100-times that, then he is probably okay with risking that 100-game suspension. Additionally, the current PED language is essentially a zero-tolerance structure. There are no exemptions for people like, say, J.C. Romero who use a tainted supplement or otherwise accidentally or unknowingly fall foul of the rules. While the zero-tolerance structure is there for a reason, it does make some offenders more sympathetic. Would increasing the penalty to 100-games or even a full season feel fair to these players who maybe shouldn't even be there? Or is everyone only reacting to a player they feel "obviously" benefited too much from PEDs?

There's one other thing to remember. When UPS chooses to accept a punishment in order to more efficiently deliver packages or when I choose to spend an extra two days on a paper instead of turning it in incomplete, we are measurably and objectively bettering our performance at the expense of a small penalty. With PEDs, there is no such objective assurance. If we could all remember that, these discussions might be a bit more reasonable from both sides—if we're even having them at all.

You need to be logged in to comment. Login or Subscribe
kingteen
Murphy and others who think stiffer penalties will deter the crime should take a look at how the death penalty has affected murder rates, or how stiff mandatory sentencing laws have worked to solve the drug problem. (Hint: They haven't.)
Reply to kingteen
lgranillo
Very true. I even almost mentioned it. Problem is, it doesn't matter if you make the punishments zero-tolerance or on a case-by-case basis, they don't actually stop people from doing what they want to do.
Reply to lgranillo
seabass77
Freakanomics talks about this as well: decisions come down to incentives. I think the book used an Israeli day care center to get the same point across about deciding on taking a financial penalty.
Reply to seabass77
mattymatty2000
I'm sure that's true sometimes, but other times I'd bet the incentives and disincentives to action are not weighed before deciding to do something.
Reply to mattymatty2000
beeker99
Precisely. All of this assumes rational actors who act 100% rationally 100% of the time. No such person exists.
Reply to beeker99
cubfan131
I doubt the union will ever agree to harsher penalties for first time offenders. They would argue the possibility of false positives would make a 1 year suspension too harsh if even 1 player fell victim. They can even point to Braun's case as an example.
Reply to cubfan131
lgranillo
Very, very true. People seem to forget that this penalty plan was the one agreed to by both sides - meaning both players and management are happy with it. It's almost impossible to expect the two to come up with a compromise on an even harsher level.
Reply to lgranillo
eighteen
I don't think most PED users necessarily require an objective assurance of performance enhancement. All they require is the belief that using will keep them in The Show. The payoff from that is well worth almost any penalty. Anything more, like a long-term contract, is pure gravy.
Reply to eighteen
lgranillo
Absolutely. Didn't mean to imply that they did. I meant that those of us on the outside (fans, writers, etc) might not care so much about all of these issues if we all remembered that there's no real proof that performance-enhancing drugs actually performance enhance.
Reply to lgranillo
harderj
Melky Cabrera's full-time major league career (from baseball ref):

And his AB/HR for those years in order:

I agree especially in the case of players who aren't big power hitters it is indeed how do they stay in the Show...
Reply to harderj
jnossal
A player who made the bigs in his early 20s, struggled a bit then exploded in his age 26 season. Interesting, someone should do a study on that...
Reply to jnossal