This weekend, dozens of people with baseball-related questions went to Yahoo! Answers to get answers from yahoos. Get it? I switched the words. What I'm saying is Yahoo! Answers, everybody. The best. Especially the best for baseball questions, which, in nearly all cases, could be answered quickly by one of the many websites that track and record every pitch ever thrown, or else are entirely unanswerable. Just the very, very best.

Rather than leave these poor people without answers to their questions, I'd like to answer a few of this weekend's questions. Only the most important ones, obviously. Let's go answer some nutballs' questions!

My answer:
In Baja California, due south of Torreon, is the tiny settlement named for General Francisco Marguia. I scooted my car off the main road and prepared to walk, but before I did I took a long look around at the nothingness. Who would come all the way out here to steal my car? But who would see it if they did? I got back into the driver’s seat, pulled my Honda Fit around behind a copse, and left it hidden from sun and bandits by the thick pinyon trunks. I loaded up with water and began to walk.

After 90 minutes, I walked across a rocky garden to knock on the first door I had come to. A shriveled abuelita answered, and I held up the photo I had brought with me. 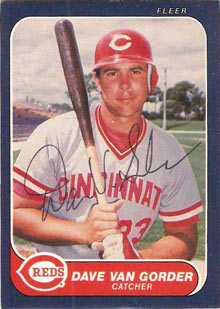 She nodded, then gently closed the door. I didn’t know what to do. I took out my phone; no signal. Just the time: 1:07 p.m. I looked up at the sun, looked down at a lizard belly-down on the hot gravel, and decided I would rather wait it out under the shade of her porch. I took a pull of water, then another, and spit a mouthful at the lizard.

The door opened. The abuelita handed me a small yellowed envelope, sealed. Then she pointed. Far, far beyond, I saw another shanty. She held up two fingers. Okay, I thought. I can handle two kilometers. She pointed at the envelope, and I nodded. Now I was her mailman, too.

I reached the shanty just before two. No porch. I knocked, and the sun slugged at me while I waited. Finally, the door opened, and a man with a thick beard, a hammer, and a cerveza bottle filled two inches deep with black tobacco spit answered the door. “What you want?”

I handed him the envelope. I pointed at the abuelita’s house, barely visible. He opened it, read it, looked up at me, and laughed. “That all?”

I thanked him, and walked back to my car. I stopped to give the abuelita a cactus rose I had picked.

My answer:
I actually would like to see Alex Rodriguez and Aroldis Chapman face each other, though I wouldn’t really care who made a chump of whom. That’s not the sexiest possible World Series matchup between a batter and a pitcher, though. The sexiest possible World Series matchups between batters and pitchers who haven’t faced each other yet would be:

9. Cano vs. Bumgarner
8. Chipper Jones vs. Sale
7. Hamilton vs. Kershaw
6. Harper vs. Moore
5. Pujols vs. Motte
4. Cabrera vs. Kimbrel
3. Votto vs. Verlander. Grant Brisbee wrote about the last time these two faced each other, in the All-Star game. He describes it thusly:

There. Right there. That's why I like the All-Star Game. It's meaningless, with a light sprinkling of manufactured meaning on top. There's pride at stake, and there's the home-field advantage, but a poor performance can be brushed off. It's still just an exhibition, no matter what anyone says. And if Verlander wants to say, "Screw it. I'm throwing my hardest fastball down the middle to Joey Votto," he can. And he did it. Twice.

Oh man I remember that! Actually, I don’t remember that. My memory is just awful, so I remember exactly two things about the All-Star game: Mike Trout got a hit off R.A. Dickey, and Chris Perez rode a horse to the mound. But that Verlander and Votto thing sounds amazing. Now imagine it with some curveballs.

2. Cespedes vs. Chapman. Not just because they’re Cuban! When I think of a dead fastball hitter, I think of Cespedes. I don’t know if there’s anything to this, but my brain thinks it’s true, and your brain probably does, too. I think this because he has the 12th-best True Average in baseball this year, and because I once saw him swing at a slider that hit the pitcher’s own foot, so he must be a good fastball hitter. So maybe he would hit Chapman’s fastball, and I would get to see him hit Chapman’s fastball! Mostly this matchup is sexy, though, because I want to see what Cespedes looks like swinging and missing at Chapman’s fastball. I bet it'd be wild. (They’re both Cuban, as well.)

1. Trout vs. Strasburg. Strasburg vs. Harper would be way cooler, because of them being the most hyped prospects ever, but barring a spectacular—the very very best ever—waiver pickup, they’re not going to be facing each other in the World Series. Trout fills in well, as the Harper vs. Trout debates put Trout just one generation removed from the Harper vs. Strasburg hype matchup.

My answer:
I’ve come to accept that, for the most part, conventional wisdom does a pretty good job identifying the best defenders. I’ve also come to believe that advanced metrics (besides being unhelpful in even moderate samples) may have persistent biases for certain players, teams, ballparks, etc. I certainly don’t ignore advanced metrics, but I can’t remember the last time I was really surprised to find out that a player is “good” or “bad.”

But I also think these metrics have been tremendously valuable for baseball analysis because now we know what defense is actually worth. Before somebody started keeping track of how many plays are made and aren’t, the value of defense overall was just so vague. Depending on the philosophy of the person speaking, good defense might have been the most important part of the game or the least. Now we know! We know that a good defender is worth five or 10 runs more than an average one, that a great one might be worth 20, and that a terrible one is terrible to roughly the same extent the other way. This is just incredibly valuable information to have. Even if you think these metrics are too unreliable to make Wins Above Replacement formulas perfectly accurate, they make Wins Above Replacement formulas possible; just adjust with your own defensive assessments if you prefer! Even if I never see another defensive metric, defensive metrics will have a great effect on how I evaluate baseball players. So that's a prelude to your questions, ChristLives. Now, as to the specific players in your question…

Whoops! Just read the rest of the question, and I see now that you just wanted to show off all this cool new punctuation you got for your birthday. Great punctuation! Be safe with all that punctuation, son.

My answer:
Derek and Carmelita pronounce Jeter differently, so most people assume they aren't related. But, actually, they are; the family has just never agreed on pronunciation, because they've been busy. I actually interviewed Jeter about this a few weeks ago when I was in New York:

BP. So tell me, what was the best part of growing up together in the Jeter household?

Jeter: Oh, it was always a lot of fun. We were always pushing each other to achieve more and more, to run faster or win more trophies. We were always competitive with each other. I was never as good at basketball, or ping-pong, but I was way better at a lot of things: darts, for sure. Bowling. Swimming. We were both really fast, but I was probably a little bit faster back then. Obviously, I had much better range at shortstop.

BP: Great! Well, thanks for talking to us today, Carmelita.

(NOTE: I used this framing device once before, for The Score. Most of the photos, and therefore most of the questions, have since fallen off the site. If you want to really have a freaky reading experience, go read that piece, without the benefit of any questions, here.)

You need to be logged in to comment. Login or Subscribe
NYYanks826
Great read, as usual, especially when you took a page from the Jason Parks book of writing during your trek to find the answer to the Reds doubles question.
Reply to NYYanks826
zasxcdfv
This made my morning. "Great punctuation! Be safe with all that punctuation, son." Bravo, Sam, bravo!
Reply to zasxcdfv
rbrianc
Trout also faced Chapman in the All Star game.

The best Angel outfield is Trout, Bourjos, and Hunter.

Reply to rbrianc
ncsaint
That The Score post had one of my favorite sentences ever written:

"Obviously, asking on Yahoo Answers is the best and probably some would say only way to get the names of all the Cardinals, so congratulations on a good first step."

Incidentally, you should check out Quora. There are only about six people who are active in the baseball topics, but they are unlikely to ask who is currently on the Cardinals, and the answers are often quite good.
Reply to ncsaint
ncsaint
In other Yahoo Answers news: