Major League Baseball players are good. Really really good. This isn't a news-flash, but it's something that we sometimes forget. I know I do. "How could you miss that 95 mph fastball?! It was right down the pipe!" Well, Mr. Sitting-On-Your-Butt-Eating-Cheetos (i.e. me), it was 95 mph. That was the first reason.

So baseball is hard. We know that, but we tend to forget it. So how do we remember? Sometimes it takes one of the same really really good players to remind us how hard Major League Baseball is. In tonight's Red Sox/Yankees game Curtis Granderson took charge of that project.

After trailing the whole game, the Yankees had tied it up 6-6 in the bottom of the eighth inning on a Mark Teixeira homer. Rafael Soriano took over in the ninth inning. After getting Ryan Sweeney to fly out, Soriano walked Jacoby Ellsbury on five pitches. Next up was the DH, Pedro Ciriaco. Ciriaco fell behind 1-2 before driving a fastball to center field. Granderson was playing shallow, which made sense with the punchless Ciriaco at the plate. This ball was hit well, but Granderson's shallow positioning wasn't the problem. The problem was Granderson completely mis-read the ball. First, he came in. Then he stopped. Then he broke back. But not in a sprint. Kinda running backwards, which if you've ever played Little League you've likely seen before. If you've seen it, you know it's not the most effective way to track a baseball. I mean, catching a line drive going over your head? It's going to be tough running like this: 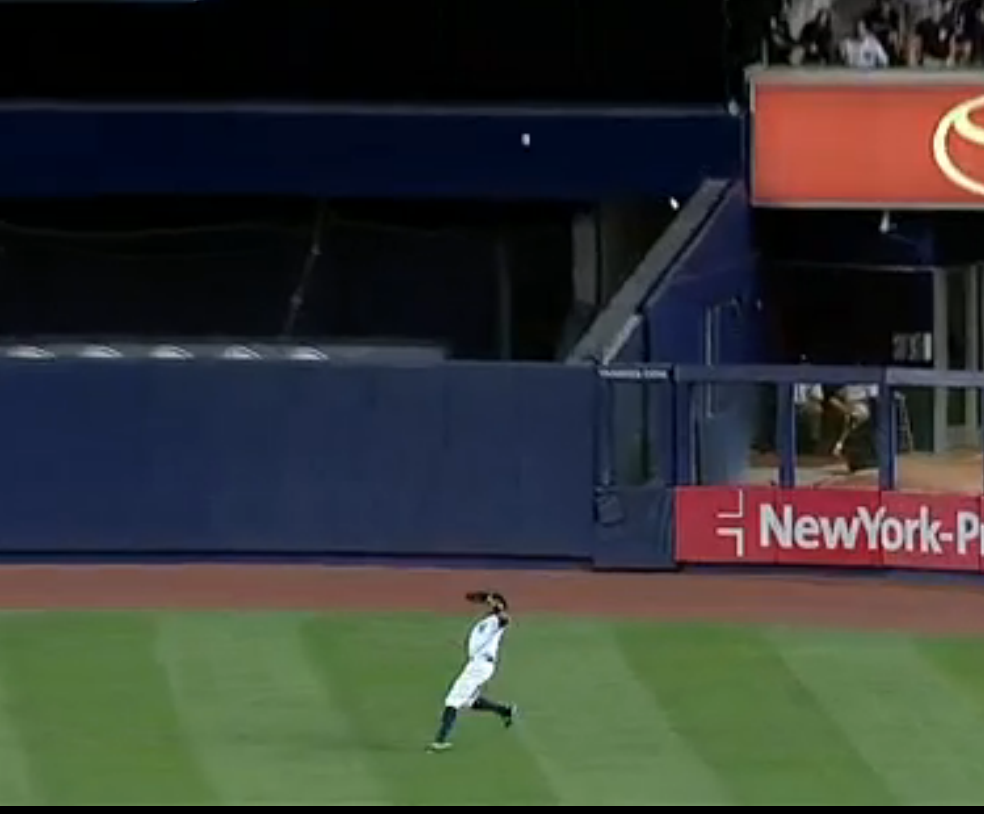 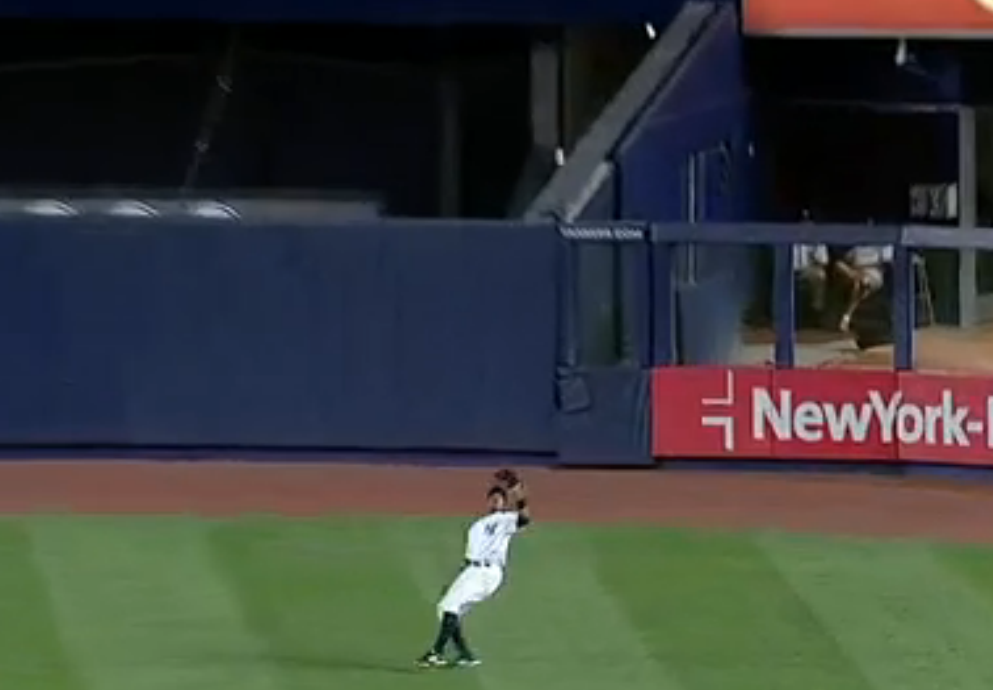 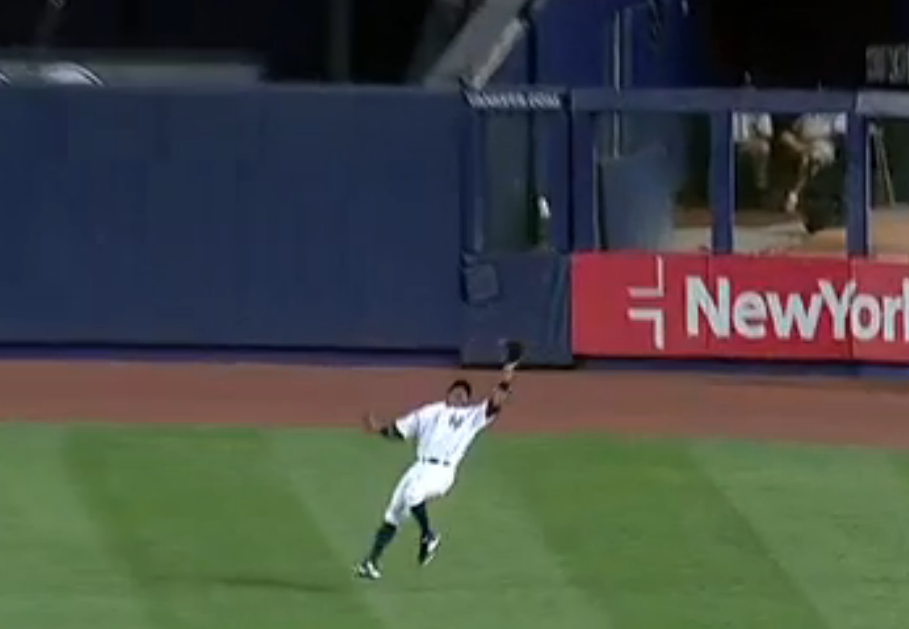 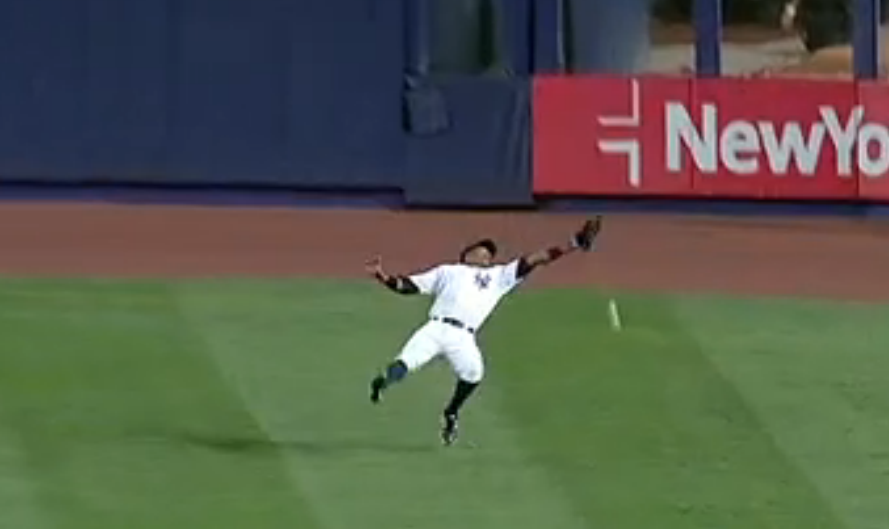 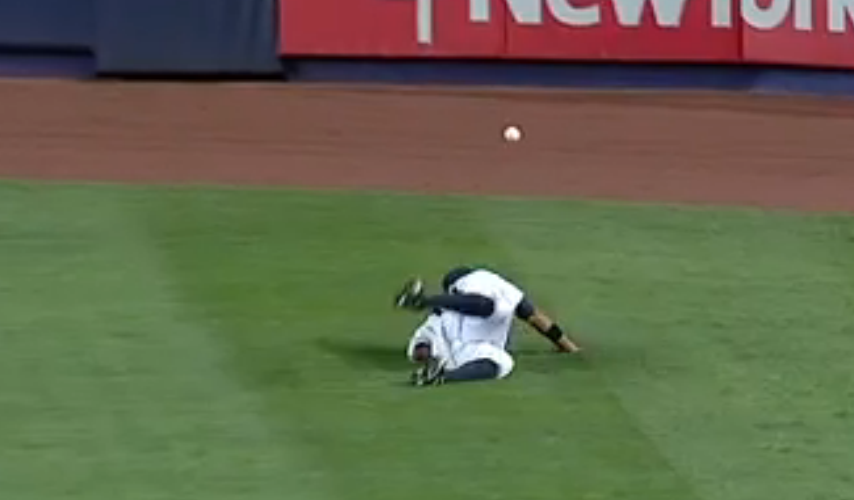 And then this, the beginning of the sprint of shame: 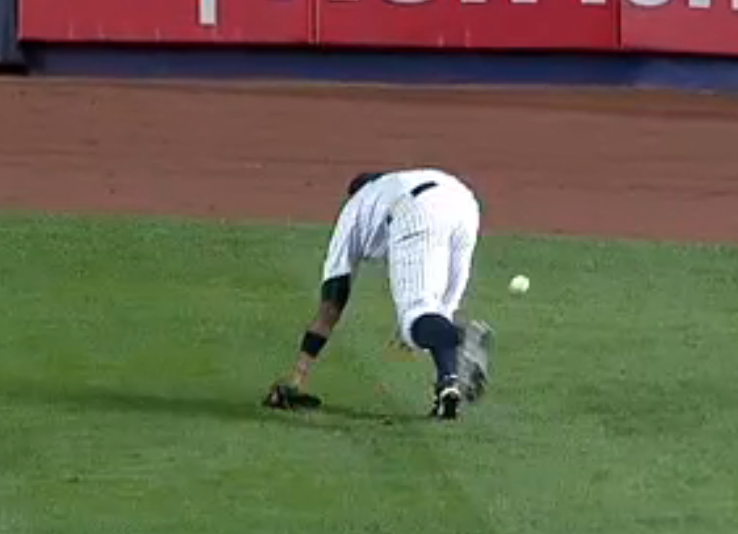 Granderson's… what to call it… attempt? Massive flame-out? Whatever it was, it was the nail in the Yankees coffin on Saturday. Jacoby Ellsbury scored from first making it 7-6, Boston, while Ciriaco made it all the way to third. He would come home momentarily on Dustin Pedroia's fly ball to bring the score to 8-6.

None of this is intended to say we as fans can't demand the best from the players on our teams. They're pros and they're paid lots of money because they're really really good. Much better than we could ever be. And most of the time they show us that. But every once in a while baseball catches up with even them and, just for a minute, makes them look like us. Because baseball, as Curtis Granderson can attest to, is really really hard.

You need to be logged in to comment. Login or Subscribe
yankee
I never thought that Granderson was another Paul Blair, but this was pretty bad. Right about now Austin Jackson looks pretty playing center field for the Tigers. On the other hand,
I would have made the same deal Cashman made two years ago.