I got back into town last night just before the first pitch of the All-Star Game, after spending a week at a cabin in the Internetless north woods of these United States.  As such, my last seven days has been much more of this: 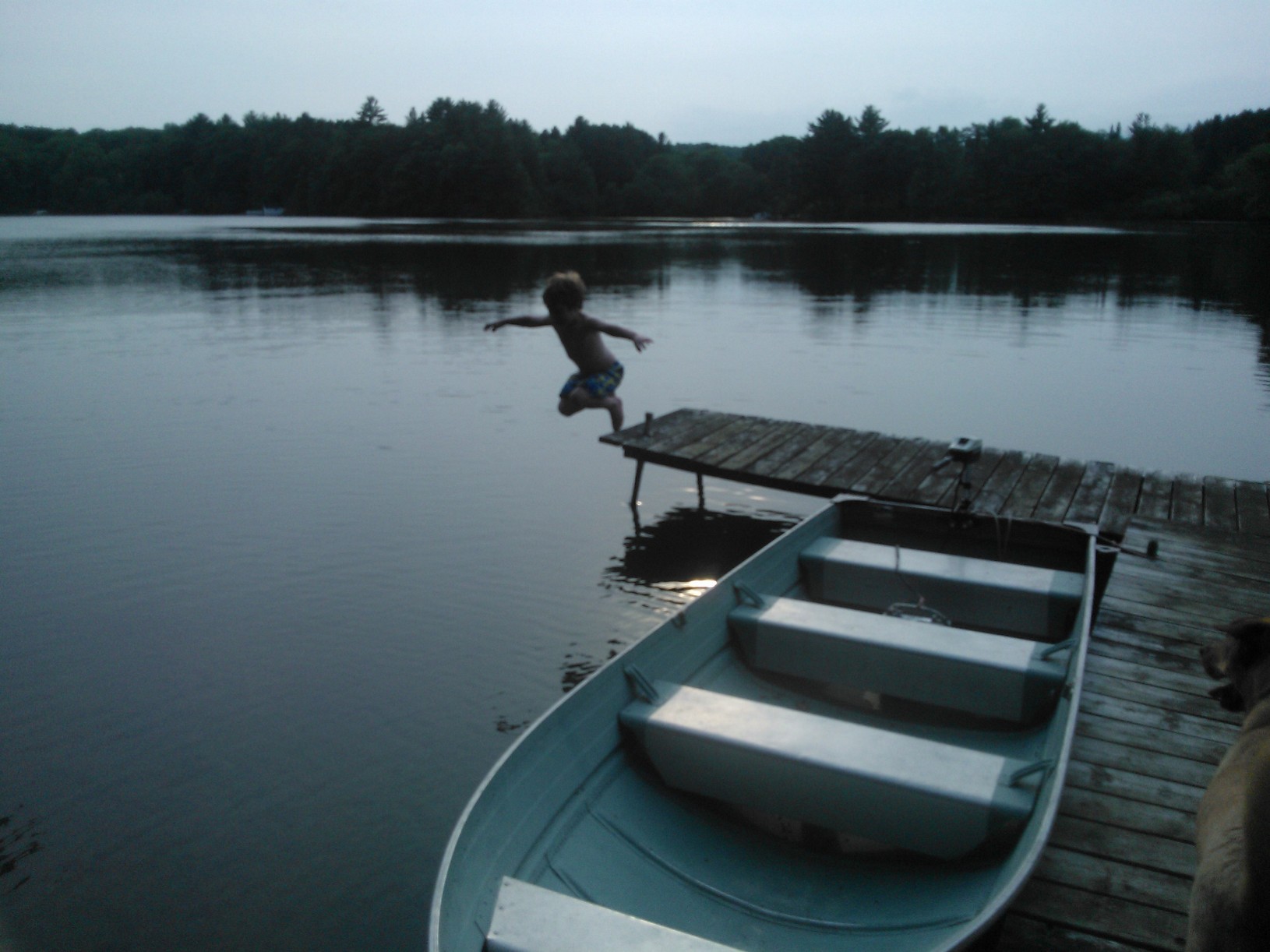 I am thus feeling very disconnected from the game I love, and completely out of the normal routine that baseball fans fall into of watching or listening to games every night on TV, radio, or the computer.  Watching and following a team through the long season is dependent on these routines, and mine are way out of whack.

Thankfully, baseball has seen fit to throw me a bone, tossing the midseason break onto the tail end of my vacation to lessen the amount of baseball I would have otherwise missed.  In fact, it turns out I could have taken a couple extra days and not really missed anything worth watching.

The All-Star break has been an effective momentum stopper during the regular season for decades now, as exciting pennant races and tremendous individual seasons are put on hold so baseball can honor the league's top 10 percent or so.  It's only going to get worse now that the break has been extended to four interminable days with no meaningful baseball (and I say this as someone who actually really likes the All-Star Game).  It was hard to notice the problem 30, 20, or even 10 years ago, as the days before and after the All-Star game simply felt like regular offdays for each fan's hometown nine.  After all, television coverage was spotty for many teams, meaning that the only thing fans were really missing was checking the box scores the next morning in the sports page.

But with the vast expansion of MLB Advanced Media, fans' ability to watch virtually all of their home team's games, as well as every single other MLB contest, has meant that the day before, and especially the days after the All-Star Game have become black holes.

Indeed, the fact that nothing is on today or tomorrow is fairly unforgivable, and a complete missed opportunity.  Baseball has the sporting world to itself in the middle of the summer, and is happily telling fans: "Hold on.  Just wait a second. We'll get back to the regular season in a couple days or so.  Go pay attention to your family or something."

Well, I don't like my family that much, Major League Baseball. This past week at the cabin effectively reminded me of that.  I like you. So do thousands upon thousands of other Americans. I want to watch you. We want you. I would like to pay attention to ads that you sell in between innings, and occasionally purchase things from your sponsors so that you continue to make money. And there are more like me. Why, then, are you taking the night off?

I mean, sure MLB players need to get back to their clubs before the regular season starts again in earnest on Friday.  Sure we want big leaguers to actually get a break to rest.  I'm actually very ok with both of those things.  But why then is MLB insisting on continuing to make the Futures Game a largely ignored prelude to the big game itself?

The Futures Game is forced to go up against real major-league action on Sunday.  But it features players who will wind up being the next generation of Jeters and Pujolses and Verlanders, and guys who will compete in next year's World Baseball Classic for their home countries.  You would think that baseball would want to get these players in the public eye to create additional name recognition they could build on down the road.  Where is the cross-promotion, MLB?  Where is the dynamic synergy and other corporate gobbledygook?  Major League Baseball thinks so little of this game that they hid the box score on the minor-league-baseball scoreboard.  To find it, you have to really, really want it.

But if you did find it, you'd see that Jurickson Profar, perhaps the best minor league position prospect in the game, went 2-for-3 with this homer:

You saw Billy Hamilton leg out a triple (though he didn't steal a base):

No, this year’s Futures Game was not a good one.  The U.S. team clobbered the World team 17-5, but there’s no doubt that bad baseball, especially when it features young and marketable future stars, is better than no baseball.  And while it could represent an anticlimactic denouement to the All Star weekend, it also takes advantage of an exclusive window to rope baseball’s most die-hard fans into watching the game.

But no.  Instead, we’re going to sit on our hands for these next few days.  I’m going to catch up on episodes of Luther with my wife and maybe play catch with the boy.  And that’s your fault, Major League Baseball.  I could be watching you.  I could be ignoring them.  My friends and colleagues could be doing likewise.  Baseball is our favorite sport.  Why, oh why, Major League Baseball, are you so determined to make us see less of it?

You need to be logged in to comment. Login or Subscribe
georgeforeman03
I enjoyed Luther. British cop dramas just feel less "shiny" than American ones. It simultaneously makes them more compelling but also uncomfortable to watch.
Reply to georgeforeman03
Chucko
Totally agree, but I thought Luther became less interesting and put a greater emphasis on nutty plot twists as it went on. That episode with the Dungeons & Dragons brothers was a great example. But in a world without The Wire it was sufficiently entertaining.

I don't know how I stumbled across it, but Foyle's War is what I'm watching now. It's clearly of the Masterpiece Theater ilk, which means little violence, dry wit, and (obviously!) WWII as a backdrop. In spite of all these horrific qualities ;D I've been sucked right in. Check it.
Reply to Chucko
SGreenwell
Michael, I agree completely with you. The day after and before the All-Star game are pretty dead from a sports perspective, whereas the Sunday that the Futures game is actually on normally has to compete with regular season baseball, NASCAR and Wimbledon. I have no idea why they just don't have it a day after or before the game, and maybe in the next media contract, you can con FOX into broadcasting it.
Reply to SGreenwell
NoHRTyner
Where wee you vacationing? Looks like Northern Minnesota.
Reply to NoHRTyner
mikebates
You're very close. Northern Wisconsin, about halfway between Superior and Ashland.
Reply to mikebates
mhmosher
Bud Selig cannot leave fast enough.
Reply to mhmosher
spmcguire
Hey Mike. Could not agree more. How about a staggered minors ASG so each day there was the futures game, and the various levels playing - and televise the games on the Ocho.

NW Wisconsin is beautiful. Sounds like you were near Bayfield. Future considerations- Stouts Island Lodge.
Reply to spmcguire
jrbdmb
Or if Bud is going insist that the regular season will not resume until Friday, play the Futures Game on Monday night (MLB Network or ESPN), Home Run Derby on Tuesday (so Cano can get more than 3 hours of sleep before participating), ASG on Wednesday?

Or at bare minimum move the Futures Game to Wednesday night or Monday afternoon. It's current time slot is killing it right now.
Reply to jrbdmb