Sam Miller and I were talking about baseball analysis oddities on Sunday. One such weird thing is context, especially with stats like on-base percentage. Since then I have searched for a player whose OBP remained steady in the face of the league-wide decrease. The idea being that the perception about this player’s OBP shifted without the values necessarily increasing (relative to themselves). Luckily, I found my player in Brandon Phillips: 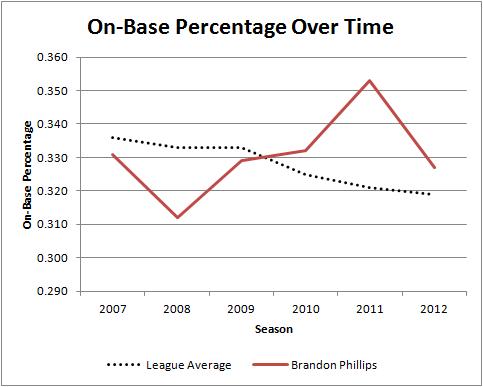 Create “OBP+” and the difference league-wide is more glaring: