It's been 60 years since a man with major-league experience was killed in combat. That man was Bob Neighbors, who—according to his player card—had not been mentioned in an article at Baseball Prospectus before now. We’ve mentioned many thousands of players in our 15 years on the internet, but it’s not much of a mystery why we've never name-checked Neighbors. Our bread and butter is baseball analysis, and it’s almost impossible to analyze a player whose big-league record was limited to seven games and 11 plate appearances for one of the worst teams ever, the 43-111 1939 Browns. Neighbors hit .182 without a walk in those 11 plate appearances, though one of the hits was a home run off Denny Galehouse (who’s earned three times as many mentions on the site). Only 600 people were at Fenway Park to see that homer hit.

Neighbors spent a couple of unspectacular seasons in the minors after his cup of coffee with St. Louis. He was only 24 when he enlisted in the Air Force after Pearl Harbor, but his big-league career likely would have been over even if the war hadn’t happened. Neighbors was, by all accounts, a decent shortstop, but he might not have batted much above .182 even if he’d had a full season to try. He was the sort of player only the ’39 Browns could call up.

Maybe Neighbors knew this, since he decided to stay in the service rather than go back to baseball like so many of the other players who returned to the field after the fighting. That’s how he came to be in Korea on August 8, 1952, when the B-26 he was flying was hit by ground fire and crashed, killing him and his crew. There aren’t many players whose bio sections on Baseball-Reference say something like this:

For most of us, Memorial Day is a welcome day off from work, the rare Monday when we don't have much to do but barbeque and watch baseball. Unfortunately, we don’t get the day off because we want to barbeque and watch baseball, wonderful as that would be. We get the day off so we can take some time to remember the men and women who’ve died while serving in our armed forces, the ones without whom we wouldn't be able to barbeque and watch baseball. If you’re fortunate enough not to have lost someone in the service, it’s easy for this to become an abstract exercise. There are too many dead for each of us to honor every one, and if we try to memorialize all of those who lost their lives as one faceless mass of fallen, from Fort Ticonderoga to Fallujah, we run the risk of deemphasizing each individual sacrifice. Maybe it makes sense for each of us to focus on one veteran who lost his or her life. And if you’re looking for one veteran to remember this Memorial Day, maybe you’ll remember Major Neighbors, as we belatedly did. 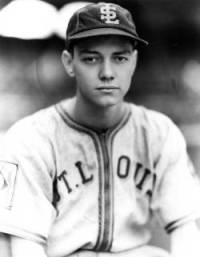 On behalf of Baseball Prospectus, I thank you for reading and responding to our work throughout the first five months of the year. We’ll be back with a full slate of articles on Tuesday.

You can learn much more about Bob Neighbors in his SABR bio and in this profile by the Philadelphia Athletics Historical Society.