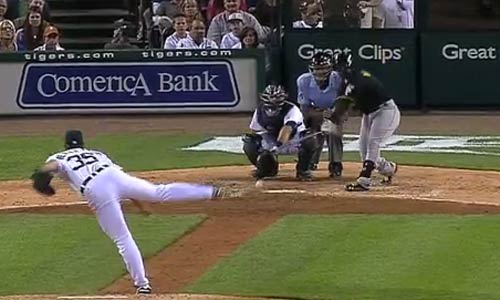 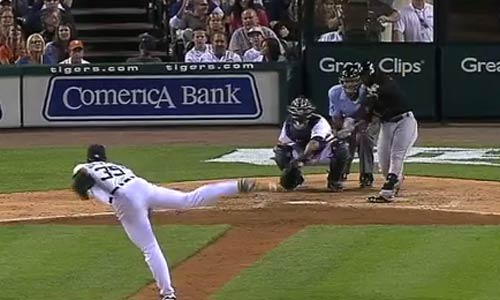 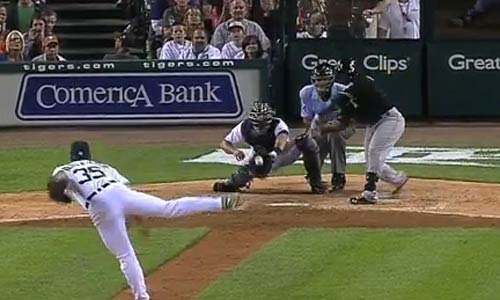 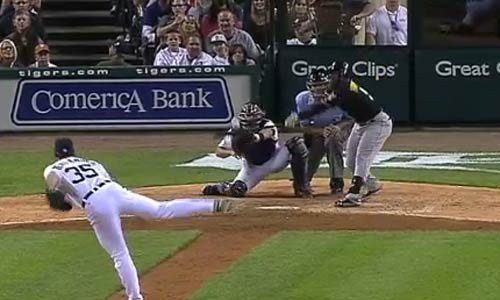 Great at-bat, Josh Harrison! Way to be aggressive! Big-league clutch hitting. Bottle this up and sell it to youth-league coaches.

A few weeks ago, we looked at the top DiSar Awards contenders. This is not a follow-up to that, so if you’re thinking that you got just about enough DiSar Awards coverage, don’t be frightened. I bring it up simply because Josh Harrison was mentioned in that piece, and after a few more weeks of watching Josh Harrison, I've realize that I vastly undersold Josh Harrison. Josh Harrison has the most interesting relationship to the strike zone in baseball. Josh Harrison deserves his own piece. Let’s just recap, quickly, what we wrote about Josh Harrison:

OK, you're caught up.

Harrison is tiny. Compared to a six-footer like Kinsler, his strike zone is about 4 percent smaller. He’s not a threatening hitter, with a career isolated power in the minors a tick below .120. He runs well and can steal a base. He’s exactly the kind of player who could drive opponents crazy if he laid off pitches. Josh Harrison once laid off a ton of pitches. His walk rate was in his league’s top 10.

This year, it took him 17 plate appearances to get his first two-ball count. Really. It took him until the eighth inning on April 18, when he took a fastball outside for the first ball, then took a borderline fastball on a 1-2 count and got the call. He flied out. I’m writing this on Tuesday night, and Harrison now has 64 plate appearances and nine two-ball counts. There are 35 major leaguers (minimum 50 PA) with a higher walk rate than Harrison’s two-ball-count rate. Adam Kennedy has walked more often than Harrison has collected two balls.

Finally, it took Harrison until Saturday to draw his first walk of the year, in his 49th plate appearance. That walk, against Drew Smyly, came on the 11th pitch, as Harrison fell behind 1-2 and fouled off five pitches. The pitches in that at-bat: 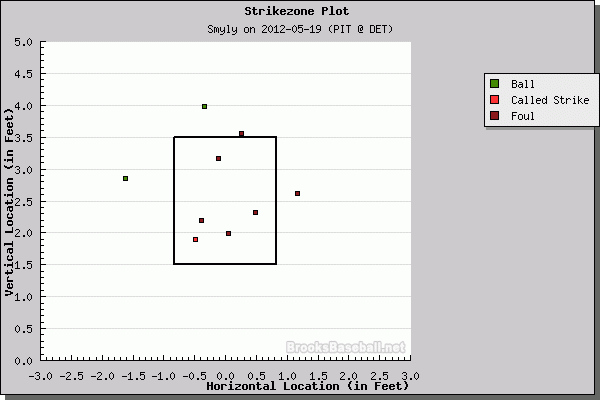 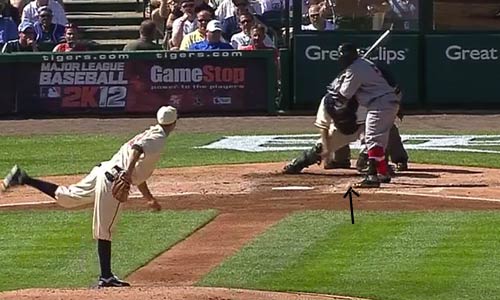 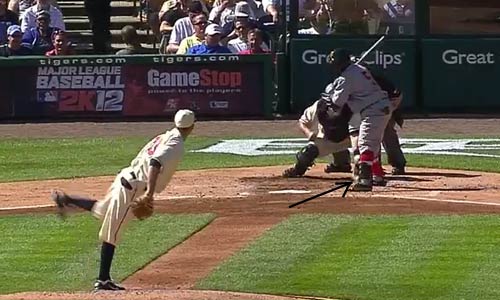 Harrison, meanwhile, did swing at and foul off two pitches outside the zone. And the 3-2 pitch was a high, looping curveball that would have looked coming in like it was about to sail over the backstop. What I'm saying is that Harrison almost couldn't not walk. This is not to take anything away from Harrison’s walk. I guess it is, actually. I guess this whole piece is to take away from Harrison. This piece is kind of a jerky piece.

One unusual aspect of Harrison’s approach is that he isn’t the most aggressive hitter in the game, if you measure aggression simply by how often he swings. Last year, among players who saw 500 pitches, he had just the 37th-highest swing rate. That’s high, high enough to sandwich him between Brandon Phillips and Nate Schierholtz. But not all that high, just between Brandon Phillips and Nate Schierholtz. This year, he’s higher, at or very near the top of the leaderboard, depending on the URL of your leaderboard. But the problem is really when he swings, not how often he swings. Last year, according to both our data and the data at StatCorner, he swung at around 35 percent of pitches outside the strike zone and 69 percent of pitches in the strike zone. Both high, but both reasonable. This year, according to StatCorner, it’s 71 percent in the zone, but 49 percent of the time out of the zone. That would have been enough to lead the league last year. Harrison is fairly aggressive on pitches in the strike zone; he is perhaps historically aggressive outside the strike zone.

We generally think that plate discipline is, if not impossible to learn, hard to learn. But Josh Harrison, one-time A-Ball walk machine,  unlearned it. It doesn't seem to be a big priority for him to relearn it. We don't know the discussions that that Pirates have with him, but this piece from Spring Training talks about the changes the Pirates want to see in his approach. It mentions swinging earlier, not swinging less.

It’s a little hard to know exactly what to do with these figures. If a player is on pace to hit 60 home runs, we put it in the context of all the players who have hit a lot of home runs in a season. If he’s on pace to strike out 200 times, same. But those stats are building on more than a century of stats; they’re part of the story of baseball. Plate discipline numbers are new, and they’re just now getting some year-to-year consistency, and there’s no Most Pitches Swung At record that Harrison is chasing. I don’t know if Harrison is merely another decent player with a flaw that will ruin him, or if he is doing something historic this year. Thanks to him, though, Justin Verlander didn’t do anything historic over the weekend. Chew on that, Justin Verlander.

You need to be logged in to comment. Login or Subscribe
pobothecat
The same Josh Harrison who entered today 10 for his last 26, with an 8 game hitting streak.
Reply to pobothecat
eighteen
If you want to take issue with the article, suggesting that a sample of 26 ABs demonstrates True Ability probably isn't the way to go.
Reply to eighteen
jivas21
Absolutely no idea of the strike zone, and drafted by Jim Hendry? I'm shocked. #notshocked
Reply to jivas21