On Saturday, with the Giants out of position players, Aubrey Huff played second base for the first time in his career. It was an unexpected defensive alignment, but it was probably the Giants' best option. Or was it? Sure it was. OR WAS IT? Let's review.

Here is what the Giants' defense looked like in the ninth: 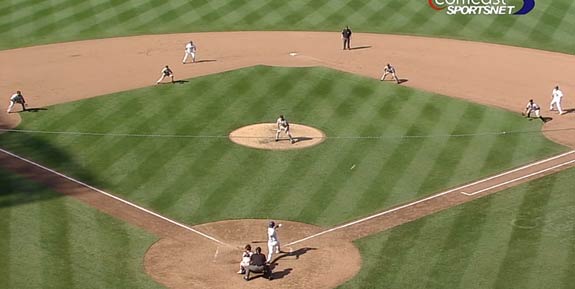 One man at every position. But here is another way they could have played it: 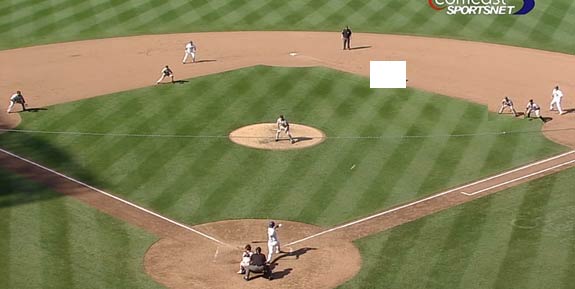 Two men at first base. And nobody at second base. Oh, yeah. Hot and sexy double-first basemen action.

You're thinking this is insane. But five batters hit in the inning, and let's review a hypothetical universe where Aubrey Huff and Brandon Belt were both playing first base. 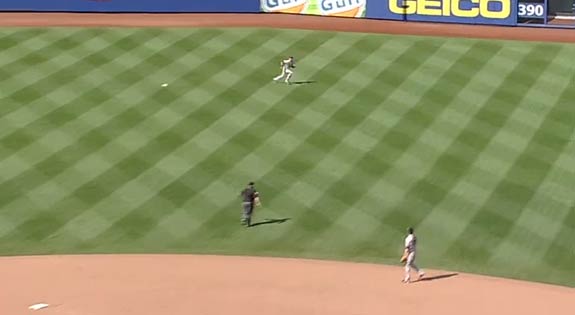 Single to right field. No involvement of the second baseman or the first baseman. No change.

Sacrifice bunt. Belt fields, throws to Aubrey Huff covering. Exactly as it would have been had both men been playing first base. No change. 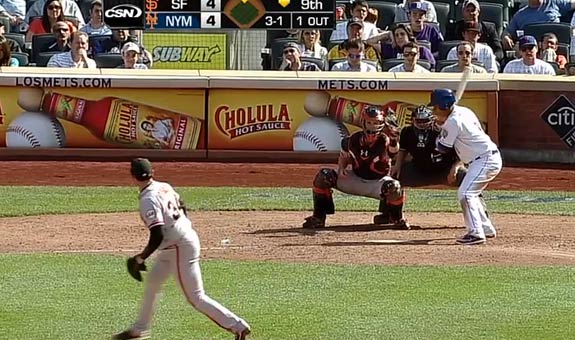 Walk. No involvement of the first baseman or second baseman. No change. 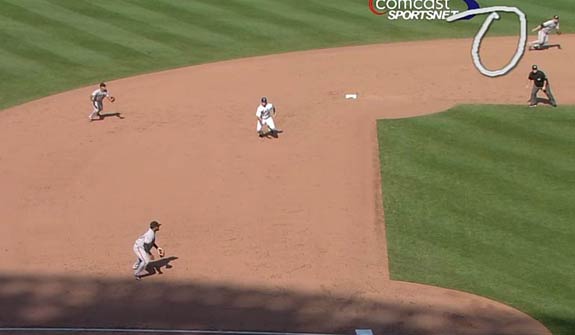 Groundball to shortstop. Shortstop looks to throw to second base, but Aubrey Huff, literally running in the opposite direction, because he's not a second baseman and he figures maaaaaaybe?, is not there to cover. Shortstop is now too late to throw runner out at first, and no out is recorded. Had the Giants had two first basemen, instead, shortstop Burriss would have thrown to first and gotten an out. EDGE: Two first basemen. 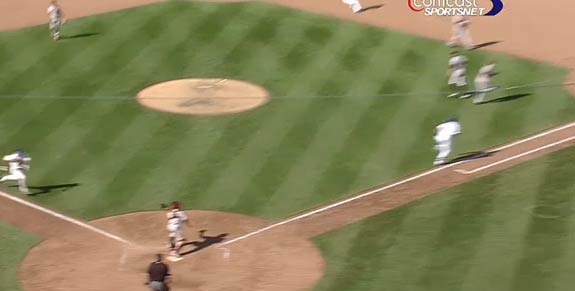 Blurry photo, but what's happening here is Brandon Belt throwing home, while pitcher Jeremy Affeldt sprints over to cover first base and Aubrey Huff sort of jogs toward the bag and stops. Buster Posey's throw is wild, goes down the right field line, and the winning run scores. Were Huff playing first base, he could have either covered first base and given Posey a better target, or been in position to back up the throw. Instead, he was in a great position to stand confusedly in the middle of nowhere. EDGE: Two first baseman. Pretty conclusive!

You need to be logged in to comment. Login or Subscribe
timsouders09
Could this logic apply to Mark Reynolds in some way?
Reply to timsouders09
carlbrownson
I laughed out loud like four times here. Thanks for that.
Reply to carlbrownson
paulproia
Awesome. Just awesome.
Reply to paulproia
jhardman
This was hysterical. Thanks for the laughs.
Reply to jhardman
Drungo
As an Orioles fan who got to see Huff battle his demons at both third and first base on numerous occasions none of this article surprised me. It was hilarious, but not surprising.

There must be some common thread connecting Huff's positive FRAA in '10-11, Tony Batista's 99 RBI/-0.8 WAR 2003, and the fact Jeff Ballard's 2.3 WAR in '89 is 4.3 more than his career total.
Reply to Drungo
kingteen
This was the most hilariously insane thing I've seen since this one time I saw Aubrey Huff playing second base, and on a ground ball to short with a runner on first, he ran toward first base, not second.
Reply to kingteen
kdierman
Good stuff ...
Reply to kdierman