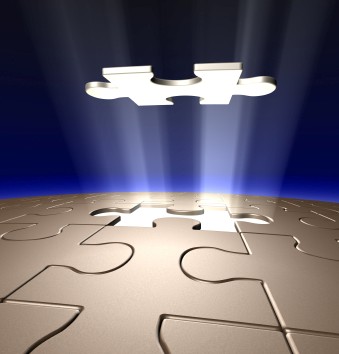 I’ve been saying since coming back in January that writing for Baseball Prospectus was like falling in love again. I never really knew how much.

The reason I say this is this post has nothing to do with baseball, business or any matters, that in some ways, are really very small. BP is allowing me to talk autism advocacy on International Autism Awareness Day.

Now in the fourth year, I have reached out and challenged people to promote autism awareness. The likes of Stan Kasten, Peter Gammons, Chuck Armstrong, Sean Forman, and as a corporate endorser, Prospectus Entertainment Ventures, have all joined the cause (see all that have lent their name). News just released by the CBC highlight the urgency: 1 in 88 children will now be diagnosed somewhere on the Autism Spectrum Disorder (ASD) scale.

But, it has really touched home for me this year. That is because my son Travis, a “classic” autistic that is low functioning, has come into needs my wife and I did not expect and have had to start a fundraiser for his medical needs. A PayPal link to donate is within this article, A Father and Autism: The Cost of Autism. As I write:

But, even in our best efforts to try and understand and prepare for what may come forth from Travis as a “classic” autistic – one lower on the scale – it can be surprising. The cost of autism was not something we thought would impact us so soon.

The cost of autism is staggering, and this is just everyday life costs. We have yet to get Travis fully potty trained. Cost? As much as $60 every week.

It goes further. While it’s not uncommon for kids to be anxious about going to the dentist, for Travis, it’s a full-blown medical procedure. You can’t rationalize with him to get through getting the cavities filed (a side-effect of the autism is a diet that is almost all starches – he will not eat much of anything else, which increases the chances for cavities). Getting a drill in his mouth is an impossibility. So, to do so, we will go to a special dentist, and try sedation. Cost not covered by insurance? Between $500-$1,000. If that doesn’t work, we will have to have him go to the hospital where he will be put under complete sedation, and monitored by an anesthesiologist, just to allow the dentist to do his work. Cost? Thousands (with an inability to shoot X-rays, he may require more extensive work). And, this doesn’t include his “night terrors” which don’t always happen at night and will likely require more attention. The reason for these moments are likely a side-effect of being over stimulated by way of the autism disorder.

We have already seen donations come in that will help. This is one story. And, there are many, many of us with one just the same. Even with health care, a procedure such as what Travis will need is not covered. Insurance companies see his procedure as “elective”. For one that has ever had to put their child completely under with anesthesia, it is not something they joyfully elect to do.

My sincere thanks to that have already donated, those that may, and especially to my family here at Baseball Prospectus for allowing me the chance to run this post.

You need to be logged in to comment. Login or Subscribe
pjw138
Maury, as a father of a son with autism as well, I can relate to your struggles. I'm happy to see you got support from everyone at BP to talk about something that makes you are and affects every part of your life. Best of luck with your financial quest. I can truly understand that part of the process as well...
Reply to pjw138
mbrown
Thanks very much. BP has been a great supporter. I'm very lucky to be working with such great people.

I wish you well in all your efforts and keep the faith.
Reply to mbrown
uptick
I saw today that autism has increased by 80% in the last decade, which coincides with increased use of vaccines...of course the CDC and big-pharmaceutical companies will never acknowledge the link between vaccines and autism...but why not examine the evidence that shows that vaccines, fluoridated water, MSG, GMO foods, toxic chemicals in the food supply, and processed foods in general are at least partly responsible for the increased incidence of autism spectrum disorders...just sayin'


Reply to uptick
brownsugar
you may be just sayin', but you do not have your facts straight at all. the "evidence" that vaccines contribute to autism has been debunked. vaccinations and autism are serious medical issues, and spreading misinformation is not helpful.

http://www.time.com/time/magazine/article/0,9171,1960277,00.html
Reply to brownsugar
jrmayne
It is vitally important that people understand that there is a right and wrong answer to this question. Randy Brown is right; the increase in diagnoses has not meant an increase in conditions. And the vaccine issue has been stomped to bits. (While I'm here, the facilitated communication scoundrels are deluded or criminal or some from each column.)

Good luck, Maury. I hope things get a little better over time.
Reply to jrmayne
Infrancoeurgible
Nothing drives me up a wall quite like people spewing the tenuous link between vaccines in autism. Andrew Wakefield, the doctor who "found" the link, is now disgraced and rightfully so. Children are dying of whooping cough because of that pseudoscientific crap.

You know why there's more diagnoses of autism? More research, and more children fit the description for it. Kids who used to just be called "a little off" or "misbehaving" now have a proper diagnosis.