The baseball as we know it has been essentially the same for decades now. (Or at least that's what they tell us. 1987 and the mid-1990s may have something different to say about that.) That doesn't mean people haven't been trying to improve it over the years.

A search for "baseball" on Google's patent search brings up some, shall we say, interesting attempts at re-working the baseball itself. There are practical improvements, like this one where the object is to "reinforce the cover by a material which is substantially non-stretchable". 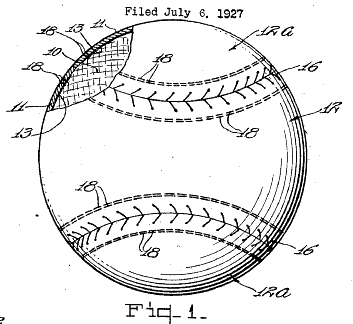 And then there are the novelty balls, like these offcenter and weighted examples: 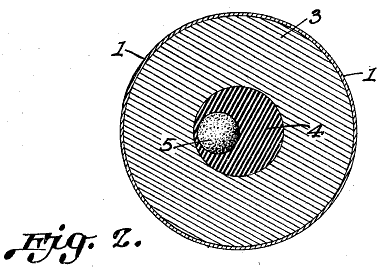 Some are actually useful. Many readers would probably recognize this specific patent. 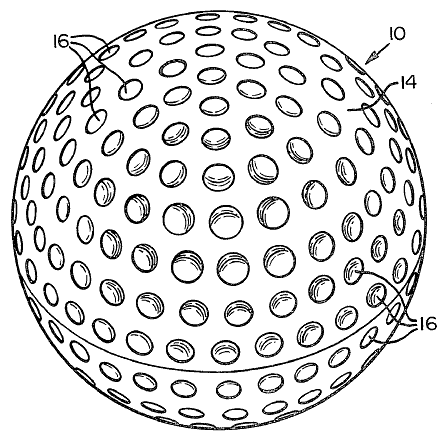 It might help if you picture the ball in yellow. And if it doesn't, the patent description should: "A baseball suitable for continuous use in a pitching machine comprises a molded, resilient polyurethane foam sphere…"

The best examples, though, are the ones that seem to have no purpose for their patented designs. This 1972 patent, for example, is ripe with new stitches, but the patent application tells us nothing about why they are there. 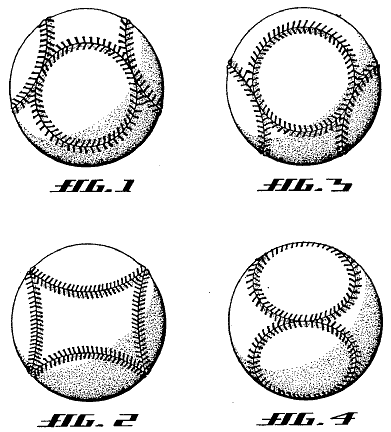 This cross-striped baseball, patented in 2007, would definitely change the way a batter might pick up the spin on a pitched ball. 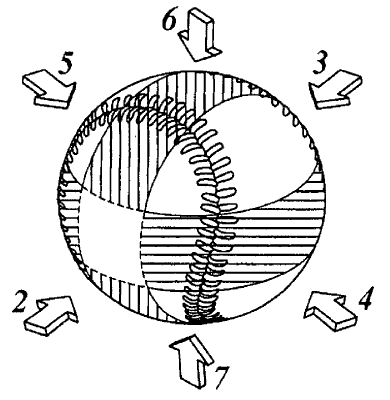 Of course, the striped ball comes across as a stroke of genius compared to this next ball. 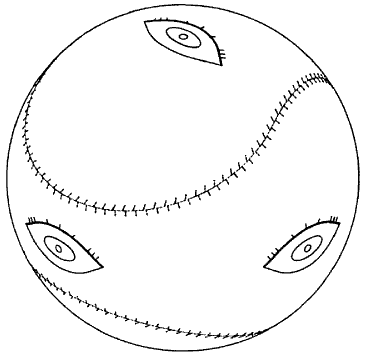 To be fair, the patent application – which gives no explanation for its purpose – does at least make a couple of references to "funny balls" and "toy companies". It's conceivable that it's patented solely as a toy. But still – those eyeballs!

None of these patents can hold a candle, however, to the first result from our Google query. This 2010 patent claims, like every other one we've seen, "the ornamental design for a ball". There are no paragraphs or sentences of explanation beyond that, only a series of eight illustrations from slightly different angles. Not that it's all that hard to figure out from the initial view. 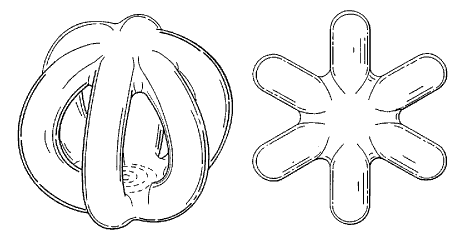 I'm no physics expert, so I'll give the inventor the benefit of the doubt on how that ball might fly through the air on a typical "straight ball". Any kind of spin, however, from a curve ball to a slider to who-knows-what, would have to turn that pitch into something Tim Wakefield would envy. And how would that ball react to being hit?

Sadly, I don't think we'll ever get to see any of these "unique" baseball designs in any kind of physical form. It would be an interesting experiment to see how each design might fare in a real-life test (though I doubt any of these examples would work well). What a shame. At least we have the glory of the patent office to search through so these ideas can live forever.

You need to be logged in to comment. Login or Subscribe
beeker99
Larry, this was a fascinating article, and the first time I could legitimately claim to be reading BP while at work! I'm a patent attorney.

The reason all of the patents you found offer mostly pictures and not much text is because they are all design patents, which cover only the aesthetic aspects, nothing functional. I'm not really surprised by that, because to get a utility patent, which would cover the functional features, the inventor would need to know a lot about how baseballs are actually made, and something tells me that MLB doesn't let any of those folks try to get patents.

Now, golf balls, on the other hand, you could take days to read through all of the golf ball patents out there.
Reply to beeker99