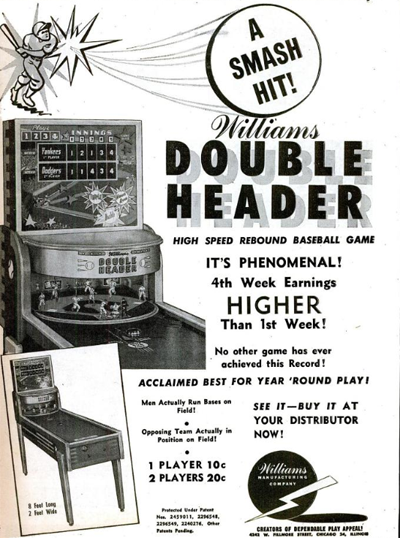 Here's an exciting relic from our pre-video game past, the 1950 Williams "Double Header". 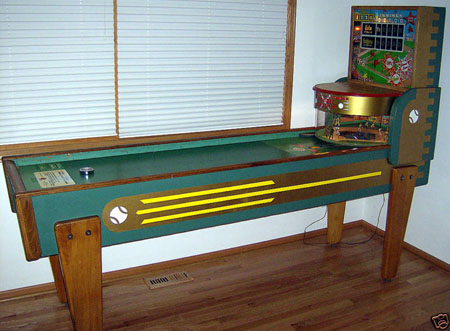 The eight-foot long "shuffle alley" uses a metal disc to play a five-inning game of baseball. Above the playing field sits a light-up scoreboard featuring two teams. Even more prominently, though, is a round, glassed-in infield, complete with pitcher, batter, catcher, and infielders. When players score a "hit", baserunners pop up on the field and move around the requisite number of bases. 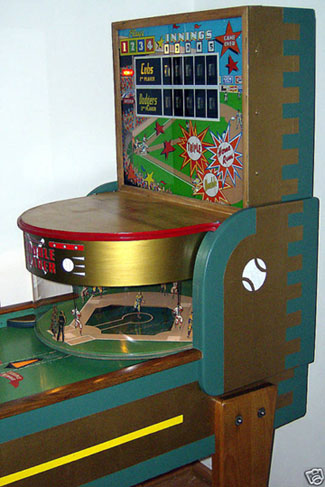 When a hit is made, animated base runners pop down from above in the hooded area above the alley, and run the bases according to the hit scored. Runners remain on base while the player throws four shots for that inning. The player is trying to score the most runs in each of the five innings of play.

In a two-player game, players alternate shots per inning. Meaning you take your four shots for the inning, then your opponent shoots four shots, alternating through the five innings. Players try and score as many runs as possible for the inning, with four obviously being the maximum, with a total of twenty shots per game.

Not to sound nostalgic for an age thirty years before I was born, but this is certainly not the kind of craftsmanship one sees anymore. There are many practical reasons for this, of course, but that doesn't mean that I wouldn't mind walking into a bar every now and then and coming face-to-face with this thing of beauty. Today, only collectors have that privilege.

If anyone wants to invite me over for a couple of rounds, I'll be sure to bring the beer! 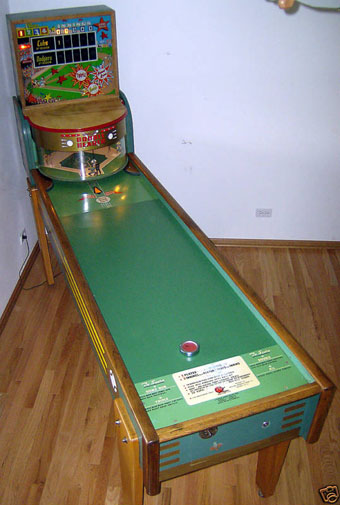